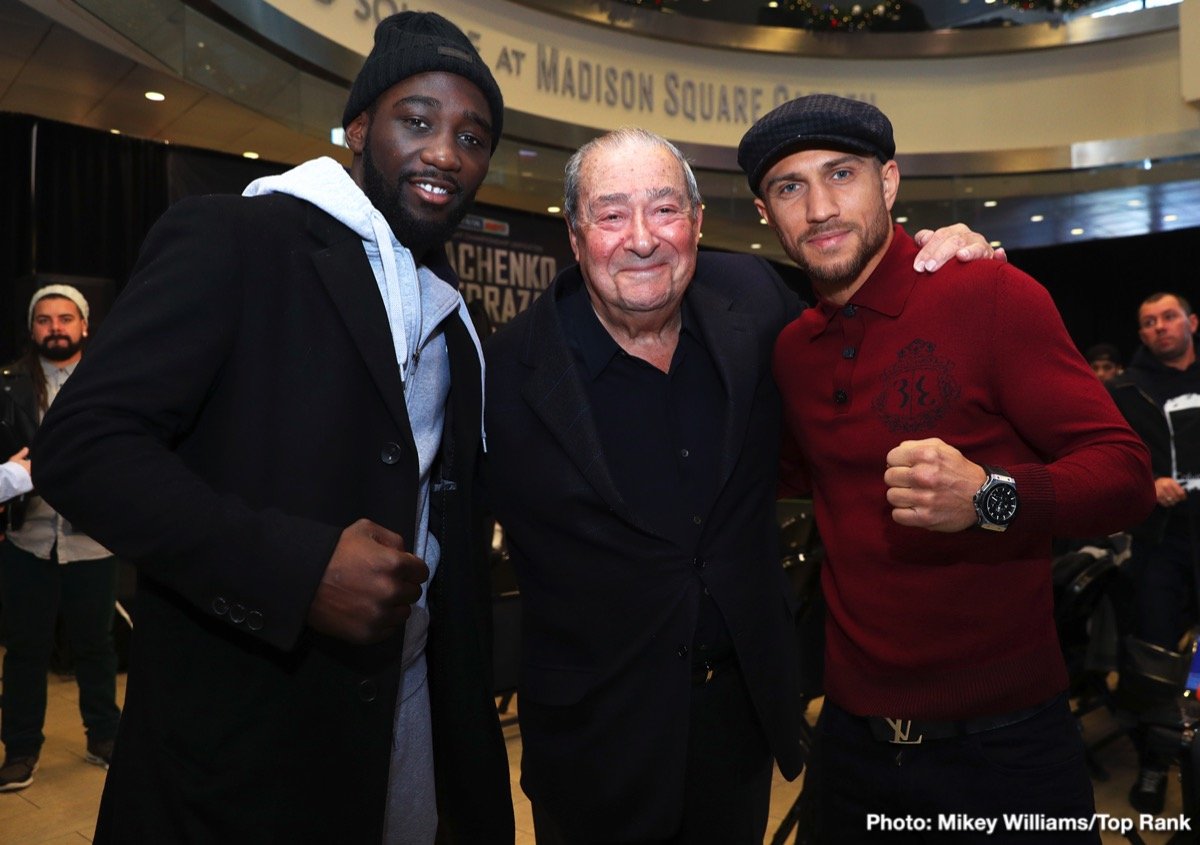 Are you excited about the idea of Terence Crawford fighting Amir Khan next? Top Rank boss Bob Arum is enthused over the match-up and Arum tells ESPN.com he hopes to be able to officially announce the WBO welterweight title fight next week. According to a piece by Dan Rafael, the fight would headline an ESPN pay-per-view card on April 20th, likely in either New York or Las Vegas.

“Everything looks good,” Arum said of the fight being 100 percent finalised. “Hopefully we’ll be able to make an announcement next week. It’s not done until it’s done, but I’m very optimistic.”

So how much will it cost to watch the fight on ESPN pay-per-view? Arum informed Rafael how the price “ain’t gonna be $75.” Uncle Bob was taking a dig at the recent expensive prices boxing fans have had to rise to in order to see many fights; maybe Arum was referring to the news that the January 19th fight between Manny Pacquiao and Adrien will go out on P-P-V for the price of $75. The likely price-tag attached to Crawford-Khan will be in the region of $59.95, Arum said.

This is still pretty steep, especially for a fight many fans have already condemned as a veritable mismatch – one that will see pound-for-pound star Crawford shatter Khan’s notoriously unreliable chin sooner rather than later. Will YOU buy the fight on April 20th?

Khan cannot be blamed for taking this, almost surely his last chance at becoming a world champion once again before his exciting, up and down career finally comes to an end, yet many British fans are disappointed the former 140 pound titlist chose Crawford over Kell Brook. The domestic grudge-match that has been talked about and argued over for years doesn’t ever look like being settled in the ring now.

Unless of course, Khan pulls off the upset over Crawford and then decides to make his first title defence against the man from Sheffield who so despises him and vice versa. Hey, we’ve seen bigger upsets in this sport before.