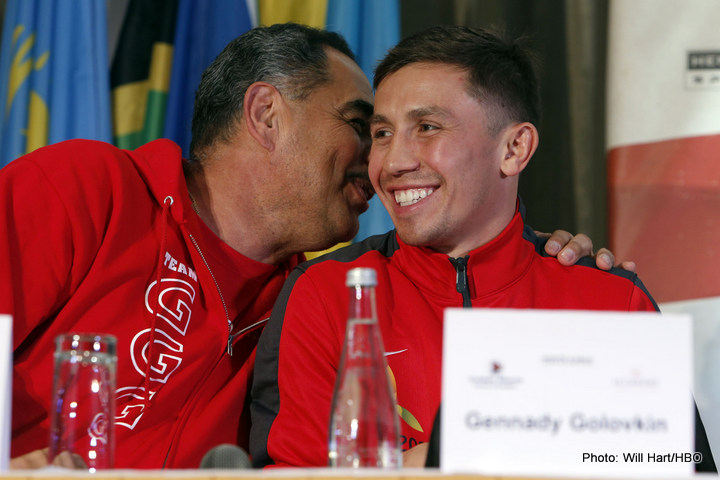 Recently, top British promoter Frank Warren was quoted as saying how he feels there is only one middleweight in the world that has a chance of beating the dangerous, seriously talented and avoided Gennady Golovkin, and that is his fighter, reigning WBO 160-pound king Billy Joe Saunders. Warren also spoke, at a recent press conference to promote Saunders’ next fight, set for April 30th against Max Bursak, of how the Saunders-Golovkin fight had to happen at the right time.

“It’s April [when I fight Bursak] there’s not a stadium it [a fight with GGG] could go in which would maximise both of our earnings,” Saunders told Boxing News. “I’m very confident the Golovkin fight gets made, there are other options but I’m sure it gets made.”

Golovkin paid a visit to the UK not too long ago and he no doubt met with Warren during this time and spoke about a possible unification fight with Saunders. If it did happen, a Golovkin-Saunders fight would be huge for British boxing. The fight would surely sell out a high capacity stadium; Golovkin is that big a star and he keeps getting bigger. Even his next fight, against, with all due respect, a no-hoper in Dominic Wade, has shifted over 10,000 tickets. Imagine what a big unification fight would attract live audience-wise!

And 26-year-old Saunders has repeatedly said he fears no man and he is at least talking about a possible fight with Golovkin. Who else at middleweight is doing that right now? Let’s see if Warren can secure a big enough stadium and make a deal with Golovkin for him to come over to the UK in June or July for a clash with Saunders. Both men have to be paid right, Saunders understandably insists, and if the fight does happen, some good judges feel Saunders will, at the very least, make GGG earn his paycheque.