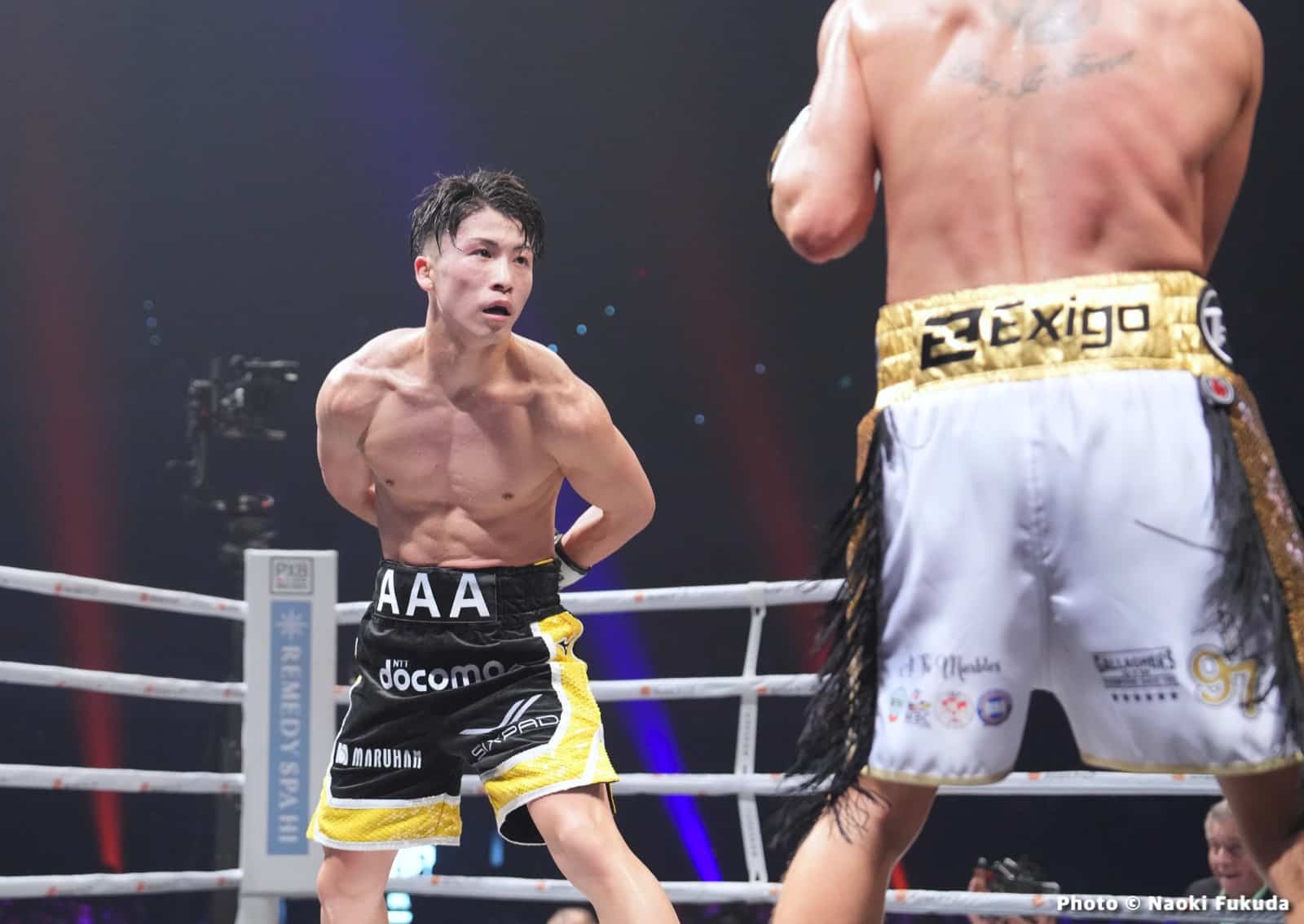 Hall of Fame promoter Bob Arum has seen them all, and he’s worked with quite a few of them. The great fighters, the great punchers. Yet the Top Rank boss has gone on record as saying he has “never seen anybody with the concussive power, pound-for-pound, that [Naoya] Inoue has.”

Speaking with Give Me Sport, Arum – who saw, up close and personal, brutal punchers such as Thomas Hearns, Manny Pacquiao and so many others – said he actually starts to “feel sorry” for Inoue’s opponents when “The Monster” is brutalising them. Arum has also stated that he doesn’t see anybody out there today who can beat the unified bantamweight ruler, with Inoue, 24-0(21) set to go up to 122 pounds soon, this in the search of yet more titles.

“The only guy who might be able to handle Inoue is Tyson Fury because he’s a little too big for him,” Arum said, surely with his tongue placed firmly in his cheek. “But this Inoue, I mean he’s scary. He is like a loaded rifle. I get such a kick out of this guy. You really begin to feel sorry for his opponent halfway through his fights. But obviously I’ve never seen anybody with the concussive power, pound-for-pound, that Inoue has. I mean, never, particularly at that weight. He sets the guy up and boom he knocks them out the guy can’t move. He is really something special.”

It is likely special fighters like Inoue that keep Arum in boxing, this when he is into his 90s. Some people, Eddie Hearn for one, cannot understand why Arum is still here all these years later, working hard, flying all over the globe promoting his fighters. But it seems the magic a fighter like Inoue can produce is enough to see to it that the seen-it-all, done-it-all promoter stays right where he is, working his own kind of magic.

It will be interesting to see who Inoue is matched with next, with there being two, two-belt champions at 122, Stephen Fulton and Murodjon Akhmadaliev. Can either of these two guys take Inoue’s chilling power? Inoue made history in 2022, and next year looks set to be another biggie for the Japanese superstar. Arum says Inoue will likely have at least one more fight in the US over the coming months.