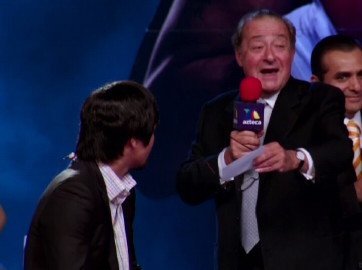 It’s not likely Marquez will want to stick around beyond the fifth fight unless Arum puts them together for a 6th fight, which is distinct possibility if the fight has a controversial and/or exciting ending. Arum is 81, and will be turning 82 in December. You can’t blame him for wanting to stage the Pacquiao-Marquez fight outside of the country to avoid taxes. That money might not be there once Pacquiao is retired.

Arum has ruled out a Pacquiao tune-up fight in September because his team tried to find a venue in one of the Asian countries but they were unable to find one that was suitable. They had hoped of staging it in Macau but the venue wanted for April has already been booked.