Eddie Hearn believes the only chance Anthony Yarde has of winning on Saturday night is if he starts quickly, throwing bombs in the first three rounds against IBF, WBC & WBO light heavyweight champion Artur Beterbiev at the OVO Arena in London, England. Saturday’s Beterbiev vs. Yarde card will be shown on ESPN+ in the U.S., with a starting time at 2:00 p.m. ET.

Hearn thinks that if Yarde (23-2, 22 KOs) starts slowly, hoping to push for a knockout in the later rounds, he’ll get methodically taken apart by Beterbiev (18-0, 18 KOs).

Under that scenario, Yarde will be too punch-drunk by the championship rounds to have a shot at scoring a late knockout. Hearn says that Yarde doesn’t have the tank to fight at a fast pace for 10, 11 or 12 rounds without gassing out, and getting stopped by Beterbiev.

“The only chance Yarde has is to gamble early. Joe Smith tried that, and everybody criticized Joe Smith for being so aggressive,” said Eddie Hearn to the DAZN Boxing Show when asked whether Anthony Yarde can defeat Artur Beterbiev this Saturday.

“Anthony Yarde is a sharp puncher; he can punch, and he’s explosive. The best chance he has in this fight is to do that early. We saw in the Callum Johnson fight when we made that fight a couple of years ago. 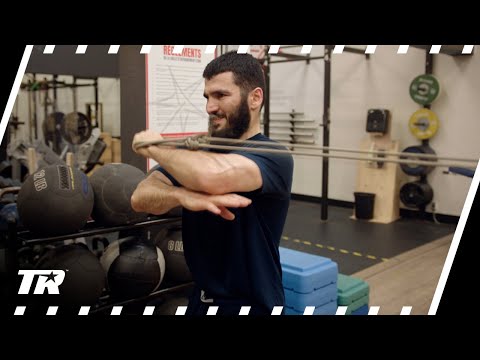 “Callum Johnson had him [Beterbiev] him down in the second round, and didn’t have enough confidence to jump on him. If you trade with Beterbiev and take chances, you’re also going into crazy waters.

“I just feel that we saw in the Kovalev fight, Yarde, in my opinion, doesn’t have the tank to fight off the back foot under the pressure of Beterbiev for 9, 10, 11, or 12 rounds. So his punch power will diminish, and he’ll be affected during those rounds.

“Sometimes Beterbiev starts cold, he can get cold, and Yarde can punch. So I give him that chance in some kind of shootout early, but Beterbiev isn’t going to be sharp early on to have that shootout.

“So I want to see [it]. As crazy as it sounds, he has to be aggressive in the opening three rounds and try and put a dent in Beterbiev. If he doesn’t, he’s going to get punished for the whole fight,” said Hearn.