Dillian Whyte came on strong in the later rounds to pound out a tough, close decision win over an unbeaten Jermain Franklin last night, in doing so moving ahead into a much sought after (by him, as well as by the fans) return fight with Anthony Joshua. It’s no secret Eddie Hearn had promised Franklin the fight with Joshua should he defeat Whyte (and Franklin, feeling hard done by as far as the majority decision that went against him goes; with Franklin feeling he was robbed, is bitterly disappointed right now), but now the AJ fight is there for Whyte.

Speaking with IFL TV after last night’s at times exciting battle, both Whyte and Hearn smiled as talk of Joshua-Whyte II was the subject. Whyte, who shook hands with Joshua at ringside last night, said he feels Joshua is “in a confused place at the minute,” and that “hopefully he gets his shit together.” 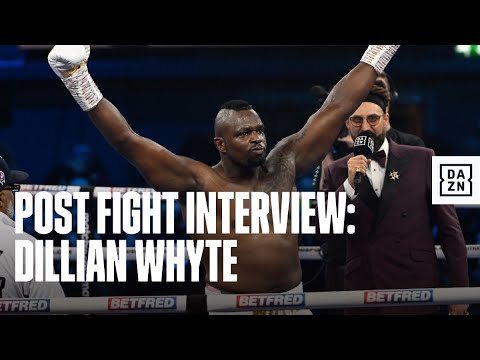 “We wanna make that fight. We’ll talks with Dillian and the team,” Hearn said. “Of course it’s a big stadium fight, it sells out Wembley. Wembley, it’s a sell-out in a minute. But it all depends on AJ, if he goes again in March [first]. If he goes in March, then in the summer, why not? Absolutely.”

Whyte, 29-3(19) said he wants the fight “early next year, in February or March,” with Whyte saying he doesn’t want to “wait around.” So it all depends on whether or not Joshua will feel the need for a warm-up fight before getting back in the ring with Whyte. Indeed, where is Joshua’s head at right now, how is his self-confidence? Whyte wants to rumble, believing as he does that he can and will avenge that 2015 stoppage defeat to Joshua.

It was a great action fight between the two rival Brits, the fight seemingly an age ago now, with so much having happened to both men since then. The two met as amateurs even further back and Whyte and Joshua do have a genuine rivalry. It’s actually tough to pick a winner from the rematch. How much has 33 year old Joshua got left – from a desire and belief perspective most importantly? Is 35 year old Whyte still far too easy to hit and will he ever be able to change this? It could be another slugfest if and when Joshua and Whyte get it on again.

Hearn signed off by saying how he “promises” AJ will be in a “real fight next.” Whether that “real fight” will be against Whyte or somebody else, we will have to wait and see. 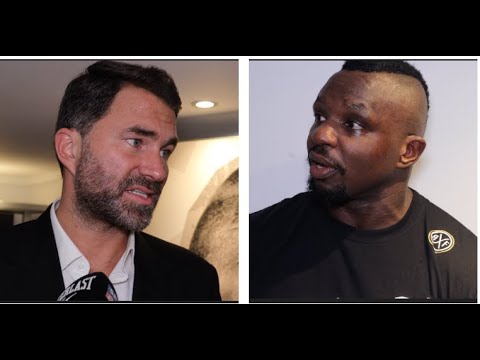