Former two-time heavyweight champ Anthony Joshua has named his new trainer, and the new head coach that will guide AJ, he hopes, to a three-time reign, is not that new at all. Angel Fernandez, who has been working with Joshua for around three years – credited by many as the man who saw to it that Joshua made the necessary adjustments to gain revenge over Andy Ruiz – has been promoted to head guy.

Speaking with Behind The Gloves, 32 year old AJ confirmed his new head trainer: “I’m working with Angel Fernandez right now,” Joshua said. “He’s been in my camp for the last three years anyway.” 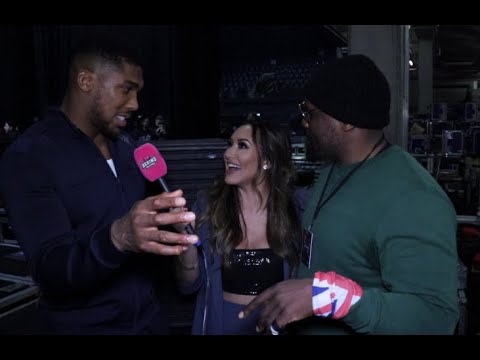 “Yeah, man,” Joshua replied when asked if Fernandez was now his head coach.

Joshua had been talking and working with some trainers in the US, including Ronnie Shields, Eddy Reynoso and Virgil Hunter, but now it will be Fernandez at the helm. Born in Spain and taught plenty by great Cuban coach Ismael Salas, Fernandez had noted success when training Isaac Chamberlain and he was brought into Team-Joshua by Rob McCracken (who AJ remains in a good relationship with and who will fully remain in his camp).

The question now is, will Joshua get that crucial, must-win rematch fight with Oleksandr Usyk next, or will he have to take an interim fight (what with the Ukraine troubles seemingly set to continue for the foreseeable future, unfortunately)? Joshua does know Fernandez well and it’s apparent the two have gelled together very well, so there is perhaps no need for the two to take an interim fight in the interests of “bonding” together. It’s clear Joshua has tons of faith in Fernandez, as well as having major respect for him.

Can Angel take AJ all the way back to the top of the heavyweight division? It has now been a little over five months since Usyk beat Joshua and we really have no idea when the return fight will take place. Is it a case of the more time the better for AJ, or does he need to get this fight done sooner rather than later?