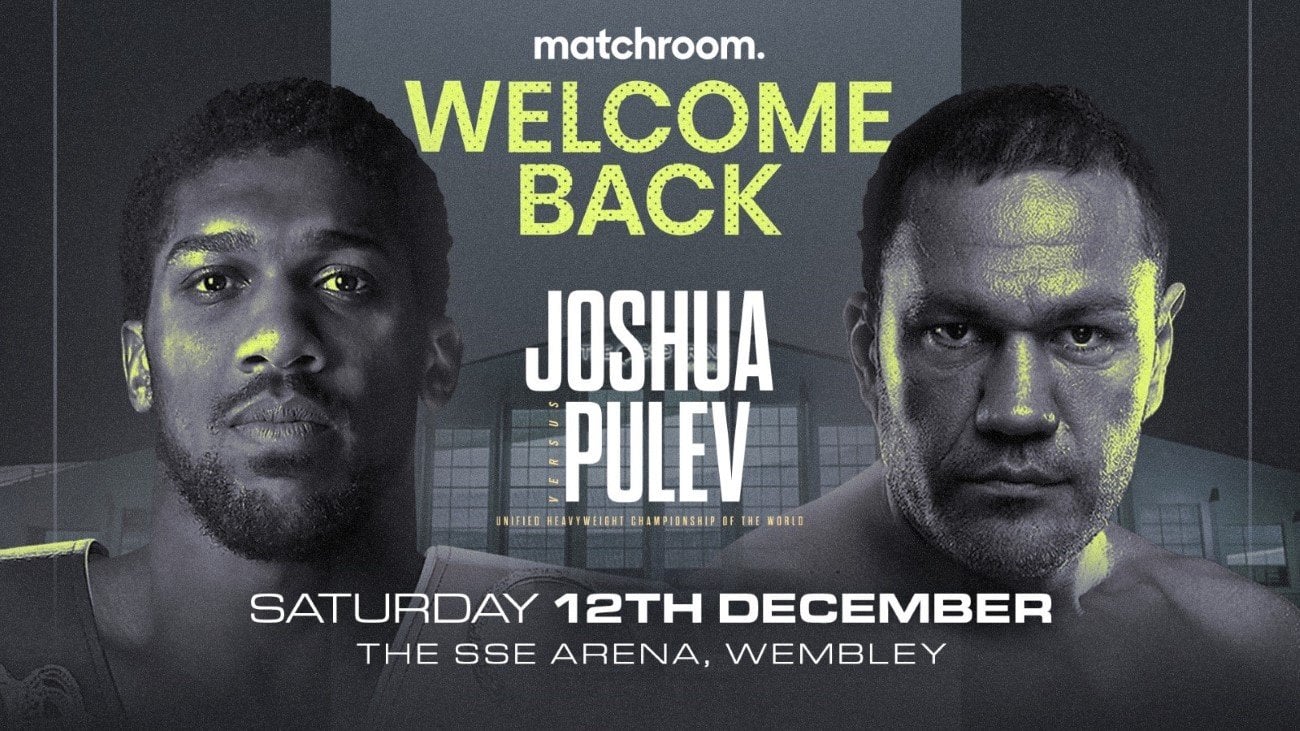 This is the first crowd that has been allowed back for a boxing event in the UK, and Joshua is pleased. Although AJ would prefer to be fighting in front of tens of thousands of fans, he’s fine with facing Pulev in front of a minimal-sized crowd.

“I’m ready for war. I’m ready for a fight. The time will come when we go to war. I’m looking forward to that date,” said Joshua to Sky Sports News.

Should Joshua go to war?

Joshua’s comments about wanting to “go to war” with the 6’4 1/2″ Pulev are a little bit worrying, though, because that’s how he runs into problems in past fights.

AJ’s poor stamina and punch resistance will put him at risk of getting knocked out by Pulev on Saturday if he fights aggressively, as he’s done at times during his career.

When Joshua slugs with his opponents, he’s sometimes been hurt, and we saw what happened to him against Andy Ruiz Jr in their first fight in June 2019.

Joshua has been hurt by these fighters:

Before today’s comment from Joshua about wanting to go to war with Pulev, it was widely believed that he would use the same Wladimir Klitschko safety-first style of fighting that.

Given Joshua’s stamina limitations and weak chin, he’s better off using the full Klitschko-esque style of fighting he employed in his recent rematch with the 283-lb Ruiz Jr, and his fight against Joseph Parker.

It’s unclear whether Joshua can beat Pulev by imitating Wladimir, though, because he’s not going to be a 280+ lb blob as the out of shape Ruiz Jr was last year in December in Saudi Arabia.

Additionally, Joshua won’t be able to count on a referee pulling Pulev apart from him and keeping him bottled up on the outside all night as we saw in AJ’s win over Joseph Parker in 2016. 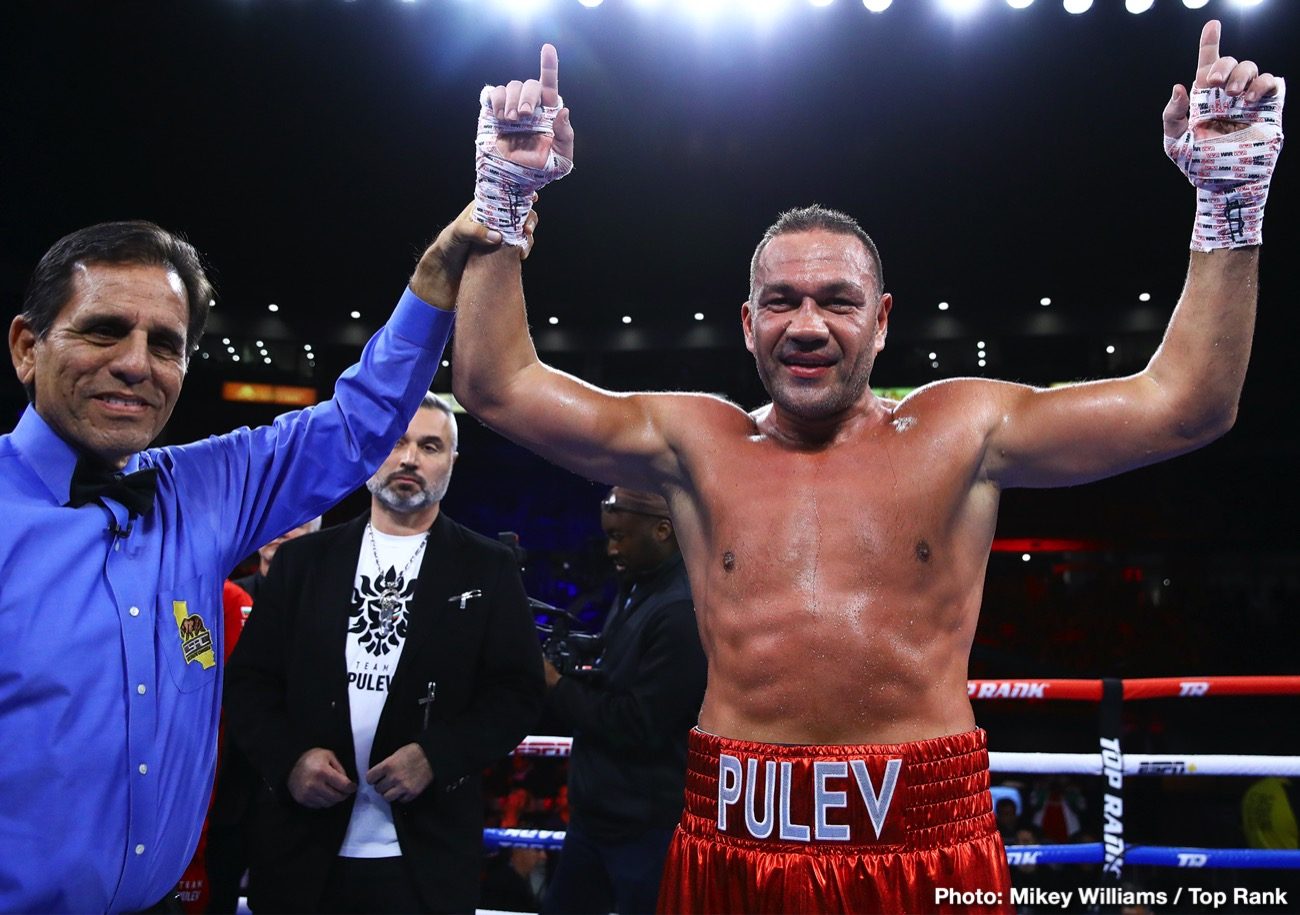 In that fight, referee Giuseppe Quartarone continually separated Parker from Joshua when he was trying to fight in close. By doing that, Parker was forced to fight Joshua from long range, which put him at a distinct disadvantage.

Joshua happy to fight in front of a small crowd

“It’s a privilege to be competing,” said Joshua. “How strange? It’s out of my control so I have to keep it normal,” AJ said on him competing with Pulev in front of a tiny crowd of 1,000 fans.

“I like it, it will be intimate. It’s nice for the fans. It is a special occasion to watch a heavyweight championship fight among 1,000 people when normally there would be tens of thousands of people,” Joshua said.

Joshua should be concerned about fighting in front of a small crowd because he’s one of those fighters that feeds off of the energy he gets from the fans.

Things start going badly for Joshua on Saturday night; he won’t be able to count on the roar of the crowd to get him mentally back into the fight.

When Joshua fought Andy Ruiz Jr at Madison Square Garden in New York last year, he looked like a doomed man walking into the ring without the usual screams of approval from his adoring British fans.

You can argue that Joshua’s poor performance that night had a lot to do with his fans not being there to support him cheer him on to victory.