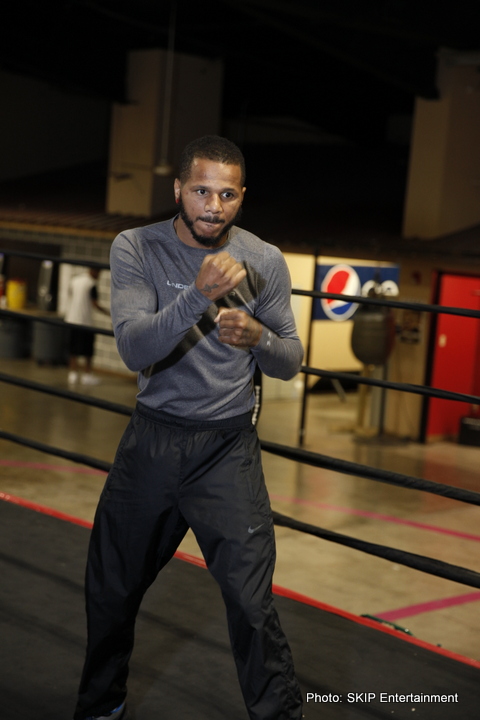 The fight follows on from Dirrell’s upset defeat at the hands of Sweden’s Badou Jack last April, in which the Michigan man dropped the belt he won against teak-tough veteran Sakio Bika in August 2014. He was taking the voluntary defence instead of fighting Britain’s George Groves, who had stepped aside, and the plan backfired on him when Jack edged a MD, leaving him with no choice but to go on the rebuilding trail.

“Everyone has their days. You can’t pick and choose. It just happens. Anybody that knows me knows that I don’t fight like that. It’s in the past, and I’m ready to fight Rubio.”

The Mexican veteran is coming up from 160 lb, is now 35 years old, and hasn’t boxed in almost a year, since being blitzed in 2 rounds by big-hitting Kazakh, Gennady Golovkin, yet Dirrell insists he cannot afford to overlook him, regardless and is focused on one thing – victory.

“I know Rubio is a great fighter. He’s fought the big names and he’s a great veteran. I’m excited to get in the ring with him.

“I did some more sparring earlier in the camp and that got me into a good rhythm. I’m sharp now and our plan has worked great. Now it’s just about bringing it to the ring on fight day and putting on a show.

“I’m looking to go out there and do what I do, which is send people to the doghouse. Whether it’s a statement or not, I just want the victory,” Dirrell added.