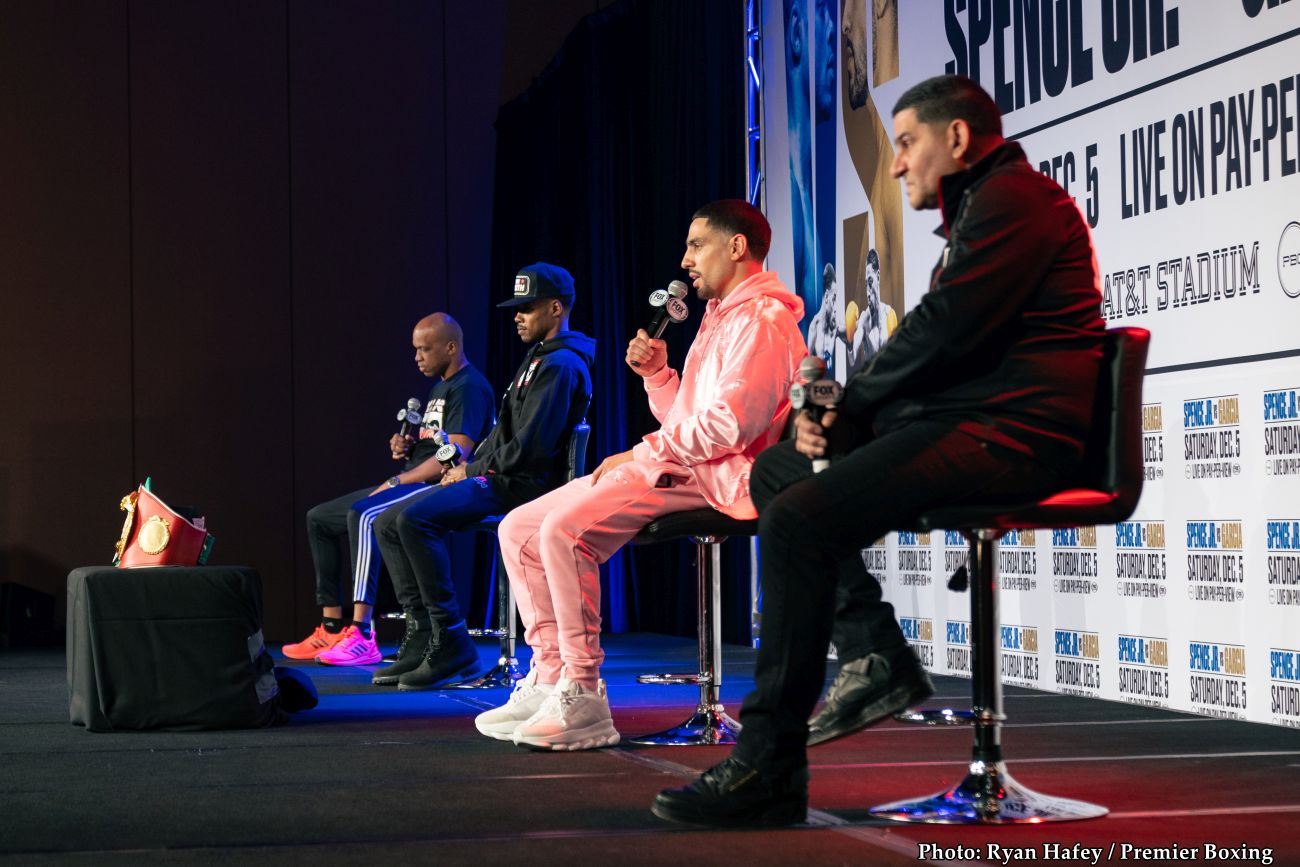 The big talking point going into this Saturday’s welterweight clash between Errol Spence and Danny Garcia, one of them anyway, is will Spence be the same fighter he was prior to that nasty October 2019 car smash. Spence was lucky to escape alive and the fact that just over a year later he is getting back in the ring with an elite fighter, has plenty of people wondering if “The Truth” should have taken an easier route back.

One of these people is Angel Garcia, father and head trainer of “Swift.” And Angel, in speaking with Fight Hub TV, said that he “can see” that Spence is NOT the same fighter he was prior to his N.D.E. Angel said how, upon “looking into his soul,” he has seen how Spence is “not all there.”

“Listen, I can just look at the man, I know that man’s a champion and all that, I give him that credit – but he’s not all there,” Angel said. “I can study people, man. I can read your soul, man. I’m looking inside his soul, I’m not looking at his physical [being]. I’m looking inside his soul. He’s not a bad person, don’t get me wrong, I’m just saying, I can see it. I see a man not 100 [percent] there. He’s talking like he’s programmed to talk like that, to believe. It’s okay to believe, but you have to be there spiritually, physically, and mentally. This is a brutal business, man.”

If Angel is right, and if Spence, 26-0(21) is not the same fighter he was prior to last October, he could be in big trouble. Garcia, 36-2(21) is a fine fighter and he’s been in with the best. Never stopped, Garcia says he will rise to the occasion and, as the underdog, prove a whole lot of people wrong. Garcia’s father believes his son will not only defeat Spence but he will do so by stoppage.

We’ll all know, perhaps after a few rounds, whether or not Spence has indeed made a mistake in coming back, with no tune-up, to get it on with a top class welterweight. On one hand, Spence deserves great credit for not looking to take the easy way. On the other, maybe he has bitten off more than he can chew.

“If I had a fighter or a friend that went through trauma like that [car crash], I wouldn’t be putting them nine months later in the ring,” Angel said.

Saturday’s fight really is a dangerous one for Errol Spence. Will we see a great comeback, or a big mistake?