Andy Ruiz Jr is looking past his scheduled next opponent Luis ‘King Kong’ Ortiz on September 4th towards would be a lucrative match against former WBC heavyweight champion Deontay ‘Bronze Bomber’ Wilder.

Ruiz wants to capture the WBC heavyweight title, and if he can beat #1 ranked Wilder, that would move him up the rankings with the World Boxing Council.

If Wilder wants to get back into a position to challenge for a world title, beating Ruiz would be the way to do it. With current WBC champion Tyson Fury showing little ambition to continue his career, Wilder is in an excellent position to recapture that belt if he can defeat Ruiz.

The former unified heavyweight champion Ruiz (34-2, 22 KOs) says he’d like to face Wilder (42-2-1, 41 KOs) next after Ortiz if the Alabama native is willing to come out of retirement.

Wilder hasn’t fought this year after getting stopped in the 11th round in his trilogy match against Fury last October.

The big-punching Wilder is burned out from the sport, and deciding still whether to continue. Deontay has made a lot of money during his 14-year professional career.

It might be a mistake on Ruiz’s part to be overlooking the former two-time world title challenger Luis Ortiz (33-2, 28 KOs) because he’s still very dangerous, as we saw in his sixth-round knockout win over Charles Martin on January 1st.

“I got to get back and work hard. The name is there, the talent is there, and all I have to do is stay disciplined and work hard and have all the right fights on me,” said Andy Ruiz Jr. to Fighthype.

“I didn’t want to take easy fights, so I waited. That’s why we’re fighting Luis Ortiz because he’s a hard-hitting guy, an awkward guy,” Ruiz continued.”The only time he lost was against Wilder.

“I’m not underestimating him like my last fight [Chris Arreola] or nothing. We’re actually training hard. If I win [against Ortiz], I would want to fight Wilder if he comes out of retirement.

“When you were interviewing him, he was kind of saying that he didn’t want to, and makes more money outside of the ring than inside the ring. That kind of showed that he doesn’t really want to.

“I don’t blame him. All the hard work and dedication that he did over the years. He accomplished a lot and was a champion for so many years.

“He already did all the hard work, but me too. I have enough money to where I don’t have to work no more. We have houses that we’re making, and I make money every month.

“I got all these houses, but my dreams are not done. I want that WBC belt. I told my son, ‘I’m not going to retire until I have this WBC belt. Even if I lost again and lost another time, I’m still fighting until I get this belt.

“I want to stay champion, stay relevant with the WBC belt. Little by little, we’re getting there,” said Ruiz about his goals. 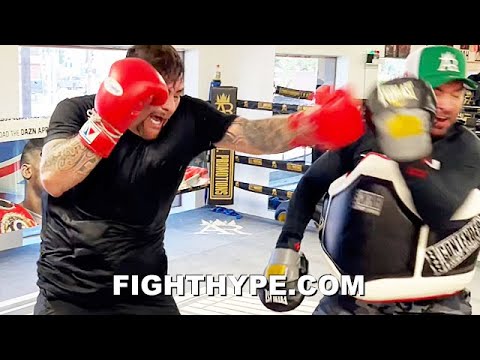