According to Darren Barker, the 32-year-old Ruiz’s career could be over if he loses to Ortiz (33-2, 28 KOs) in this fight at the Crypto Arena in Los Angeles.

It would take Ruiz years to claw his way back from a loss to the 43-year-old Ortiz, and it’s likely he won’t be taken seriously by the champions or the sanctioning bodies.

As it is, the WBC has given Ruiz a huge gift by ranking him #5, despite him having fought only once in the last three years.

The only fight that Ruiz has had since losing his three titles to Joshua was against 40-year-old Chris Arreola last year, and he looked terrible in that clash.

If Ruiz performs the way he did against Arreola, Ortiz will win the fight because he hits harder than Chris and has more skills.

“When it comes to Sunday’s clash with Ortiz, getting a stoppage or a full 12 rounds under his belt would be of huge benefit,” said Darren Barker to DAZN News. “It won’t be as easy as he may think; the Cuban is still a tremendous boxer despite being 11 years older.

“The most important thing is for Ruiz to get the win. He cannot afford to lose. Otherwise, it could spell the end of his professional boxing career.”

It’s possible that Ruiz could quickly climb his way back up the rankings, fighting older heavyweights exclusively like he’s been doing. But if you put him in with a quality fighter, he’ll lose for sure and wind up retiring.

The excess weight doesn’t seem to affect Ruiz too much, he can still retain that impressive hand speed, but maybe his footwork suffers as a result,” said Barker.

“Ortiz has a puncher’s chance; he’s experienced, a southpaw, and can bang with the left hand. I would favor Ruiz,” said Teddy Atlas on The Fight.

“Ruiz looked horrible in his last fight against a 40-year-old Chris Arreola, who hurt him several times in that fight. Ruiz didn’t look good. He caught him a lot; he hurt him a lot.

“Maybe Ruiz lost too much weight with his new trainer, Canelo’s trainer. Whatever the reason, he got hit a lot. If Ortiz can hit him as easy as that, he’s got a chance.” 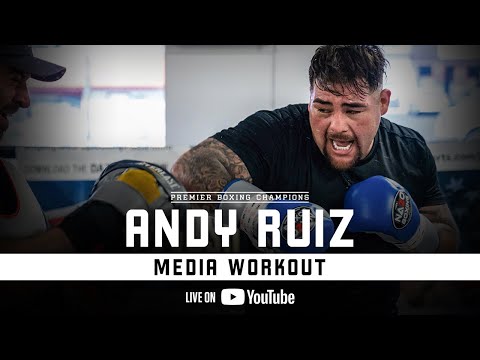