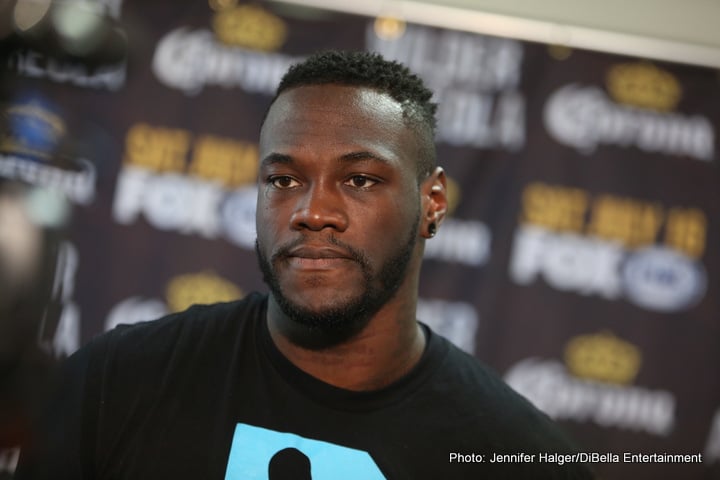 There is no doubt about it, Polish heavyweight contender Andrzej Wawrzyk is a huge betting underdog entering his February 25 challenge of WBC heavyweight king Deontay Wilder. Indeed, if the once-beaten challenger pulls it off next month, the heavyweight division will witness a Hasim Rahman-Lennox Lewis or a Danny William-Mike Tyson-type upset.

Maybe if Wawrzyk wins, the upset will be ranked alongside even bigger shockers from the sport’s history. Indeed, most fans and experts seem to feel Wilder will get the win, by KO, and probably pretty quickly. This line of thinking has not stopped Wawrzyk and his team from believing, though.

In speaking with Polish media, Polsat TV, as quoted and translated by Fightnews, Wawrzyk’s trainer Fiodor Lapin said his fighter has a great chance against Wilder, a fighter who he says “makes a lot of errors.” Lapin adds how “huge upsets happen all the time” in boxing.

“Huge upsets happen all the time,” Lapin said. “Boxing is an unpredictable sport. Andrzej has a chance to be a part of boxing history and we will do everything to make it a reality. Deontay, for now, is a very glorified fighter without real tests. Wilder makes lots of errors. He is not Wladimir Klitschko or Evander Holyfield in their prime.”

Lapin says Wawrzyk is a fully matured fighter today, something he was not when he suffered his sole loss, to Alexander Povetkin back in 2013. “Andrzej now and years back is a different person,” his trainer said.

Still, has Wawrzyk, 33-1(19) got the firepower needed to exploit Wilder’s errors? Again, most experts say no. But, as Lapin suggests, for every Mike Tyson there is a Buster Douglas out there lurking somewhere. How big a sensation will it be if Wawrzyk turns out to be Wilder’s bogeyman!

Wilder is of course returning from very painful biceps and hand surgery, having hurt himself in his last fight, against Chris Arreola in July. Maybe, just maybe, Wawrzyk is catching Wilder at the right time. This aside, though, it’s tough to make a real case for Wawrzyk pulling it off next month.