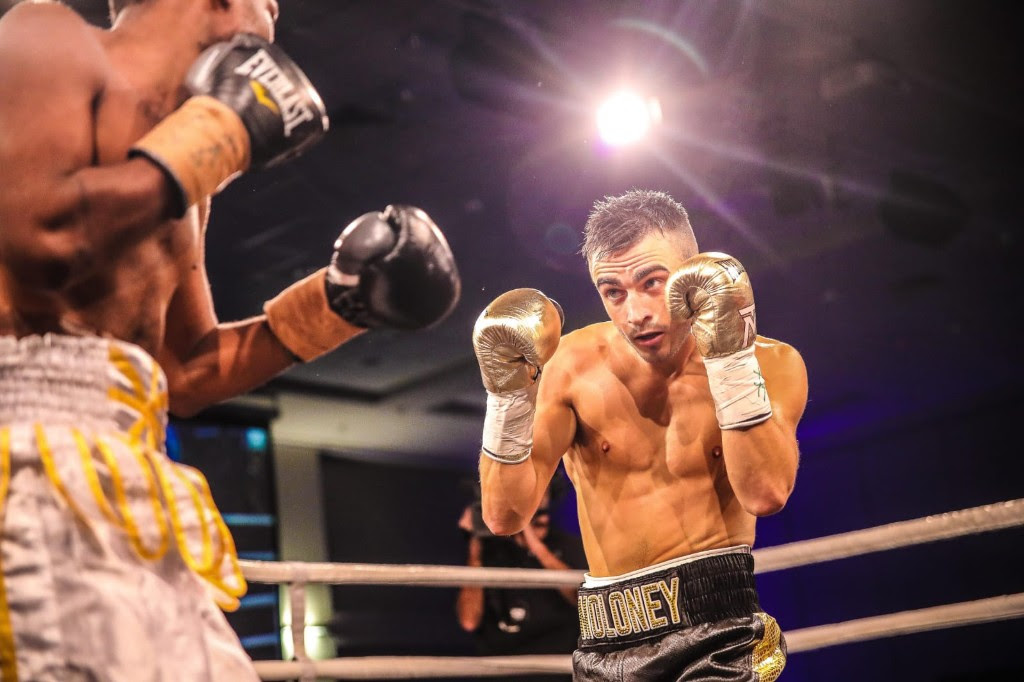 Undefeated Andrew ‘Monster’ Moloney (18-0, 11 KOs) has a dream, which is to become a boxing world champion and the Australian slugger is so determined to do it, he will not relent no matter how Herculean a hurdle he must surmount.

28 year old Moloney who holds both WBA Oceania and Commonwealth super flyweight belts, travels to fight outside his country for the first time when he challenges highly experienced Miguel Gonzalez (29-1, 6 KOs) of Chile in the South American country on March 22 in what will be a final eliminator to the WBA super flyweight world title between the number 2 and 3 ranked boxers for a shot at champion, Khalid Yafai later this year.

Moloney is coming off an impressive victory in his last fight, a round 10 TKO of former world champion, Luis Concepcion back in September, but the Australian knows tougher battles lay ahead as he pursues the big dream.

“I was happy to win that fight so convincingly but no, I will celebrate when I become world champion. Until then I will just continue to work hard in the gym,” Moloney told this writer from his training camp.

“I’d like to thank everyone who supports me. Australia has no world champion at the moment and I plan on being the one to change that. I hope Australia gets behind me on this journey,” he urged his countrymen.

Moloney whose twin brother, Jason only lost a bid for the IBF bantamweight world title last October to unbeaten champ, Emmanuel Rodriguez after putting up a heroic fight in twelve gruelling rounds in Florida, USA is not overly deterred by the fact that his first fight outside his country will be in enemy territory for Gonzalez whose last and only career defeat came way back in September 2013, more than a year before Moloney even made his professional debut.

“No I’m not concerned about traveling. I traveled and fought in many different countries as an amateur so it’s nothing new to me” the man nicknamed the Monster said without mincing words.

Much the same way, Moloney is unfazed at the prospect of putting his own undefeated record on the line against the 29 year old Gonzalez who is riding a 12-fight winning run, during which time he annexed the WBA Fedelatin super flyweight belt in 2015 and has since made five successful defences. Aside being ranked number two in the WBA rankings, Gonzalez is also rated number 2 by the WBC who as well have Moloney at number 4. The Australian is however ranked number 10 by the IBF, four places above Gonzalez and number 12 by the WBO where the Chilean doesn’t appear at all.

“Not at all (risking unbeaten record), my dream is to become world champion and this fight is a huge step towards making that happen. I believe I am ready for this fight,” Moloney said.

“This is a huge opportunity for me, a win in this fight puts me into the mandatory position to fight for the WBA world title. I understand that if I was to lose this fight I may never get this opportunity again. I will be doing everything possible to make sure I am victorious in this fight,” he added.