Andre Ward says he’s “cautiously optimistic” the Errol Spence Jr vs. Terence Crawford fight can still get made after both see action against other opponents.

While still in talks with Spence, Crawford surprised everyone by signing to fight David Avanesyan on December 10th on BLK Prime pay-per-view.

A lot of boxing fans were angry about Crawford’s move, saying that he was stalling for months because of his negotiations with Avanesyan without Spence knowing.

They argue that if Crawford had been upfront with Spence that he was actively negotiating with Avanesyan, then he could have already set up a fight for himself.

Instead, Spence may have wasted months in the negotiations with Crawford that he could have used to set up a fight with the likes of Jaron ‘Boots’ Ennis, Keith Thurman, or Eimantas Stanionis.

After what Spence just went through, it would be surprising if he’s not holding a grudge against Crawford and is willing to revisit the negotiations.

“Disappointed because I’m a fight fan, but I want what’s best for the fighter,” said Andre Ward to Fighthype about Terence Crawford pulling out of Errol Spence Jr negotiations without warning to fight David Avanesyan on December 10th.

“What I’m saying is that selfishly, everybody was telling him [Crawford] to ‘Shut up and fight.’ But if you’ve never been on this side of it, you don’t know that it’s not that easy.

“I hear a lot of people. I don’t even know if you call them fans. There’s so much recklessness online and on Instagram and Twitter and all this stuff. It’s hard to say people are fans when they talk recklessly about other fighters the way that they do.

“I hear people say stuff like you know, Eddie Hearn. If you got to tell people this fight isn’t as big as you think it is, that’s saying something. Why do you got to go out of your way to try to change people’s minds? Let it play out, and we’ll see what the numbers say.

Read:  Boxing’s Best of 2022: East Side Boxing Hands Out its Annual Awards!

“It’s better for everybody to sit back. It’s cool to desire to fight, but all these polarizing opinions and stuff, people don’t know. I say all that to say I want what’s best for the fighter, and I hope they [Crawford and Spence] can get it worked out.

“I don’t look at these dudes no different. I know it’s business, and it’s a hard business to negotiate when there are millions involved. I hope, bro. I’m cautiously optimistic,” said Ward when asked if he believes the Crawford vs. Spence fight can happen.

“It’s boxing, so I know anything can happen, but I’m hoping they can bring it back around after these next fights,” said Ward. 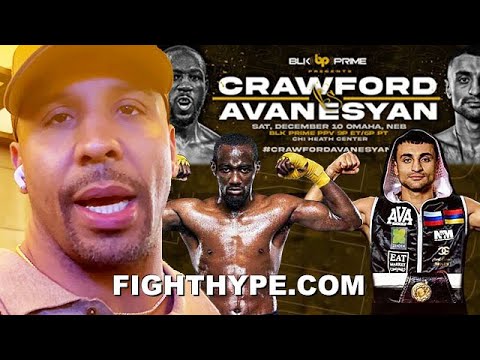