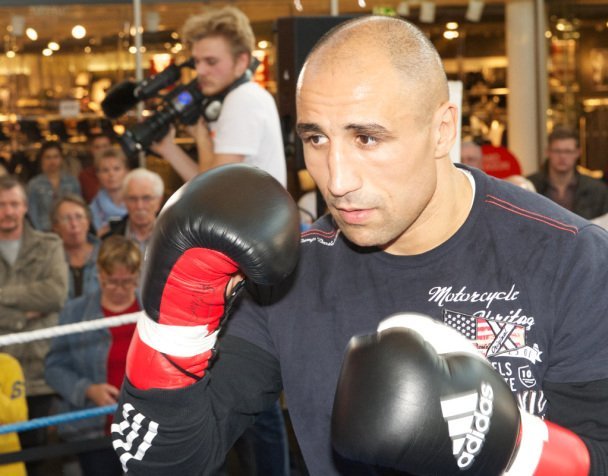 We’ve all seen our aging hero lose one they shouldn’t have lost or wouldn’t have lost 2 or 3 years earlier. We’ve seen that same guy taking punches that he would’ve eluded 5 or 6 years ago. And we’ve heard all of the pundits comment on whether our guy might’ve gotten old over night, and today is not the fighter he was since his last fight.

But I’m here to tell you no fighter gets old overnight, the signs were there but were ignored. As a man over 40 I’m here to tell all of you young pipsqueaks, that age creeps in between 35 and 40. At 35 you can still do pretty much 75% – 85% of what you could do at age 20 if you try real hard (maybe even 90% if you’ve really taken care of yourself). At age 40 you wonder where your youth went, those tired legs, sore muscles and aching back never seem to get better, it’s like you’re always tired for no explainable reason especially when it comes to sports and activity.

For fighters, we hear of those sparring sessions where the sparring partners dominate our aging hero, putting him down in the ring on the seat of his pants or worse. But we don’t want to believe it, it was just a fluke after all. We hear about our guy not wanting to or not being able to run the 10 miles he always used to run getting ready for his fights. Most often our guy justifies not doing the things he once did saying he doesn’t want to overdo things or he’s saving his legs, saving his body for the fight. We hear of the injuries suffered during training that forces our guy to postpone his scheduled return to the ring until a later date. And finally we see the our fighter go down in the ring to injury or just losing outright to an opponent who 7 or 8 years ago our guy would have dispatched with extreme prejudice.

So when I hear a so-called expert ask the question whether or not that veteran fighter could get old overnight, reverting from an elite competitor to a has-been, I say NO! Our guy, like us all, proceeds into old age one day at a time, losing a little bit day by day, until finally he’s that gray old man with the cane, telling the stories of yesterdays glory.