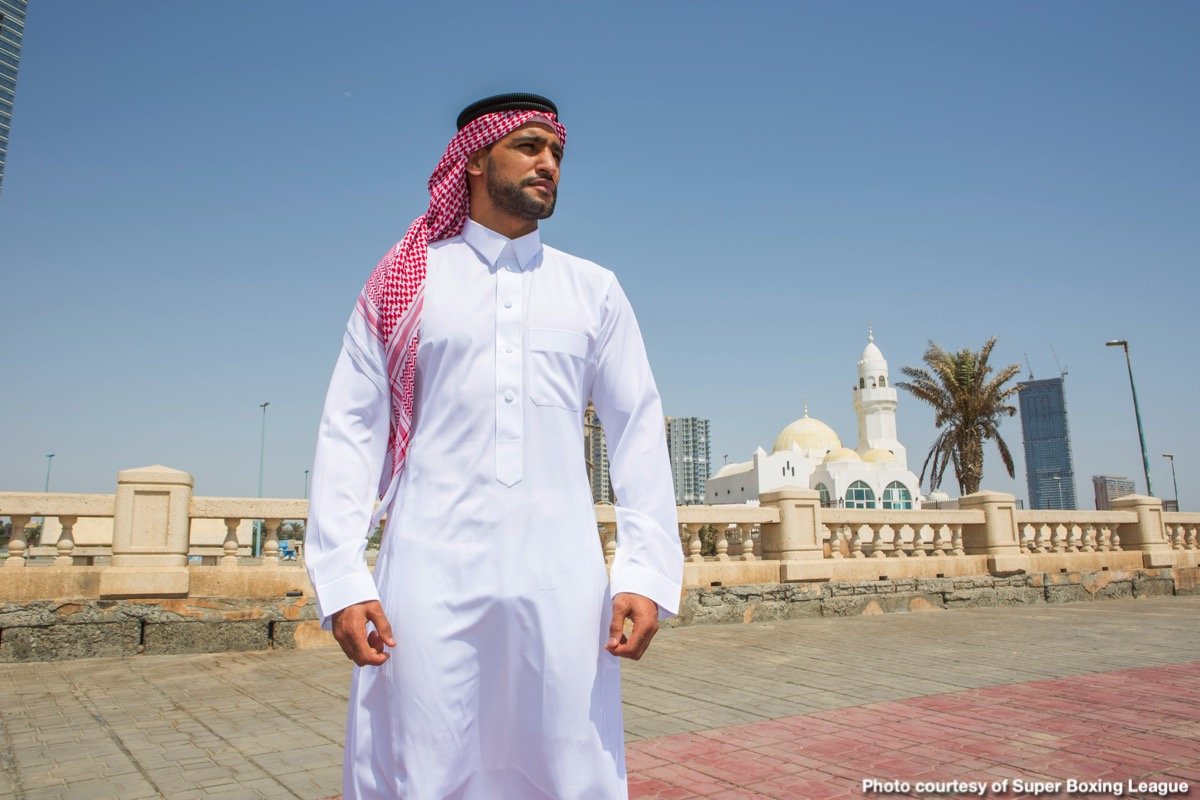 British star and former 140 pound king Amir Khan hosted a press conference at his Bolton gym earlier on today, and the big news from the 32 year old who returned home after his all too predictable stoppage win over Billy Dib in Saudi Arabia was that he has signed to fight superstar and all-time great Manny Pacquiao – in Riyadh, Saudi Arabia, on November 8th of this year.

The strong suggestion today was that Pac Man has also put pen to paper; even though Pacquiao has some serious business at hand that needs taking care of first: this being Saturday night’s fight with WBA welterweight ruler Keith Thurman.

It’s all too common these days for fighters to jump the gun and announce a fight, only for it to not in fact be set (see Tyson Fury, who recently told us his rematch with Deontay Wilder had been signed for February 22 of next year – Wilder and his team saying not so fast). But assuming we can take Khan at his word, what can we expect from the November 8 fight (November 8 of this year being a Friday)?

It’s entirely possible the fight will take place, seeing as how much big, big money the backers in the Middle East have at their disposal to fund the action. Still, as to the fight itself, who wins and how? Pacquiao may or may not beat Thurman this Saturday in Las Vegas (and he is the slight betting favorite, also having the edge when it comes to picks from the fight experts), but even if he loses, competitively, the Khan fight would still conceivably be there for the eight-weight champion – such is the enticing factor of a gargantuan $10 to $15 million payday.

It would of course be a much bigger fight, a far more meaningful fight, away from derision, if Pacquiao-Khan was for the WBA championship of the world. Khan has been chasing a super-fight with his former gym-mate/sparring partner for the longest time and it seems, maybe, he has what he wants at last.

But which veteran would have the last laugh and win the fight: the 40 year old or the 32 year old? Would you watch, as in pay to watch, to find out?