He may be far from the best or most skilled heavyweight in the world right now, but Alen “The Savage” Babic is fast becoming the most consistently exciting heavyweight slugger on the scene.

Last night in Newcastle, the Croatian scored a third-round KO of Damien Chambers to improve to 7-0, with all 7 wins coming via the short route. Babic’s vicious left hook to the jaw took Chambers, 11-2(7) out in style, the fans again being treated to an action fight from Babic.

The thing about Babic is his relentless style and approach. Coming out like a train once again, Babic never gave the game but outgunned Chambers time to breathe. The 30-year-old who says he will fight “anyone” really does mean it.

It really will be interesting, as well as exciting, seeing how far Babic can go. The one name Babic continues to call out is Filip Hrgovic, and while that fight would almost certainly be a step too far for the man who has gone just 16 rounds in the pro ring, Babic is convinced he would do to his countryman (who he cannot stand for whatever reason or reasons) what he has done to his seven previous victims.

But there are plenty of other good fights out there for Babic, fights that he would perhaps be able to win.

Babic fought just once last year. This no way near enough action for him, and he aims to fight again as soon as he can.

While he is here, slinging a ton of leather in a relentless fashion as he is running over opponents, Babic is well worth watching.

He might not win a major title or even fight for one, but for however long he can keep his winning streak going, Babic will entertain us all. 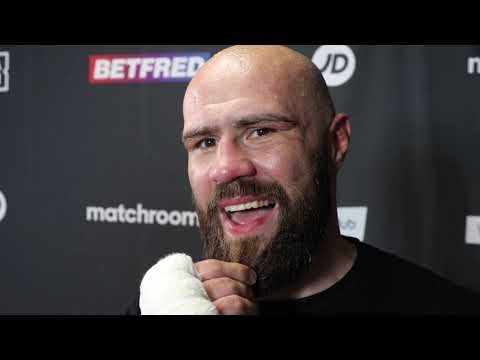 Let’s see who Eddie Hearn matches Babic within his next fight. Babic against the likes of Fabio Wardley or Nathan Gorman would certainly be fights to get excited about. How far can Babic go? It’s going to be a lot of fun finding out.