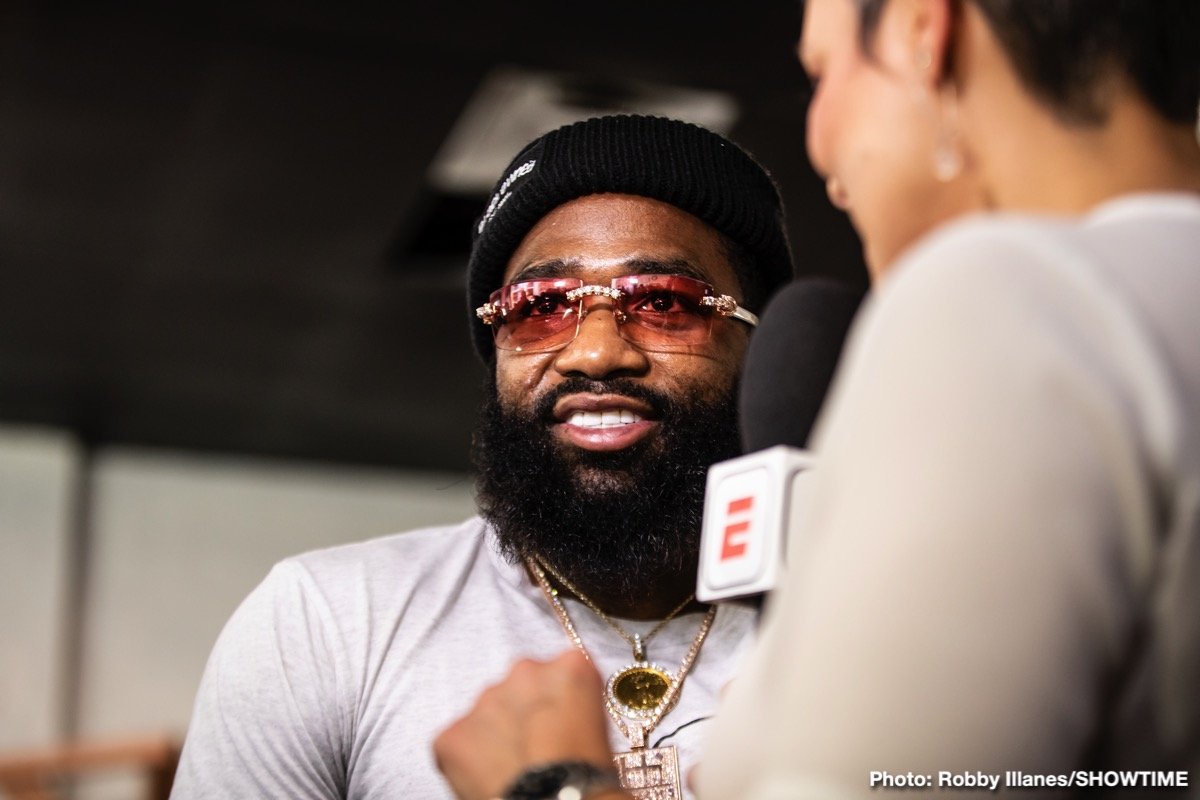 We’ve heard it plenty of times before: how a fighter, when approaching a big fight, declares he has had “the best training camp ever.” Well, this is the word out of the Adrien Broner camp, courtesy of AB trainer Kevin Cunningham. Speaking with RingTV.com, Cunningham said that the recent (and latest) arrest of his charge will in no way affect Broner’s performance in the fast-approaching January 19th fight with superstar Manny Pacquiao.

When news broke of Broner’s latest arrest – this one for failure to appear in court earlier this month, to answer to the charge of speeding and driving whilst having no license – fans collectively groaned, ‘Here we go again.’ It turned out to be no big deal, with Broner detained for a matter of hours, not even missing a day’s training according to Cunningham. And now, with just over three weeks to go until the fight in Las Vegas, Cunningham insists his fighter will be ready to rock and roll, or, more accurately, he will be ready to “send Senator Pacquiao back to the Senate.”

Cunningham told RingTV.com that we should not be surprised to see Broner score a KO against the all-time great.

“I wouldn’t say we are training for the KO, but don’t be surprised if it happens,” Cunningham told Ring website when asked if he is worried about the possibility of being robbed on the cards if the Pacquiao fight gets that far. “Now, strange judging is nothing new to boxing. I wouldn’t put pressure on my fighter to go for the KO….we got a game-plan, our focus is to win round by round.”

Cunningham says Broner has not only had a great camp, “maybe the best of his career,” but that he can see in his fighter’s eyes that this time it is different, the fight will be different. “It’s the look,” Cunningham said. “I see the eyes this fight. It’s the eye of the tiger.”

So can, or will, Broner finally put it all together in this fight? Will the one-time sure thing for greatness (in the opinion of some) finally live up to his enormous promise in this fight and get the win? It would be an upset if Broner won, but not a stunning one. Pacquiao is of course 40 years old now, to Broner’s 29, and the gap in age could prove to tell the story.

And it would be some story if Broner did beat Pacquiao. A story that would be far more welcome by Broner’s surviving fans than just another tail of “The Problem” getting into legal trouble.