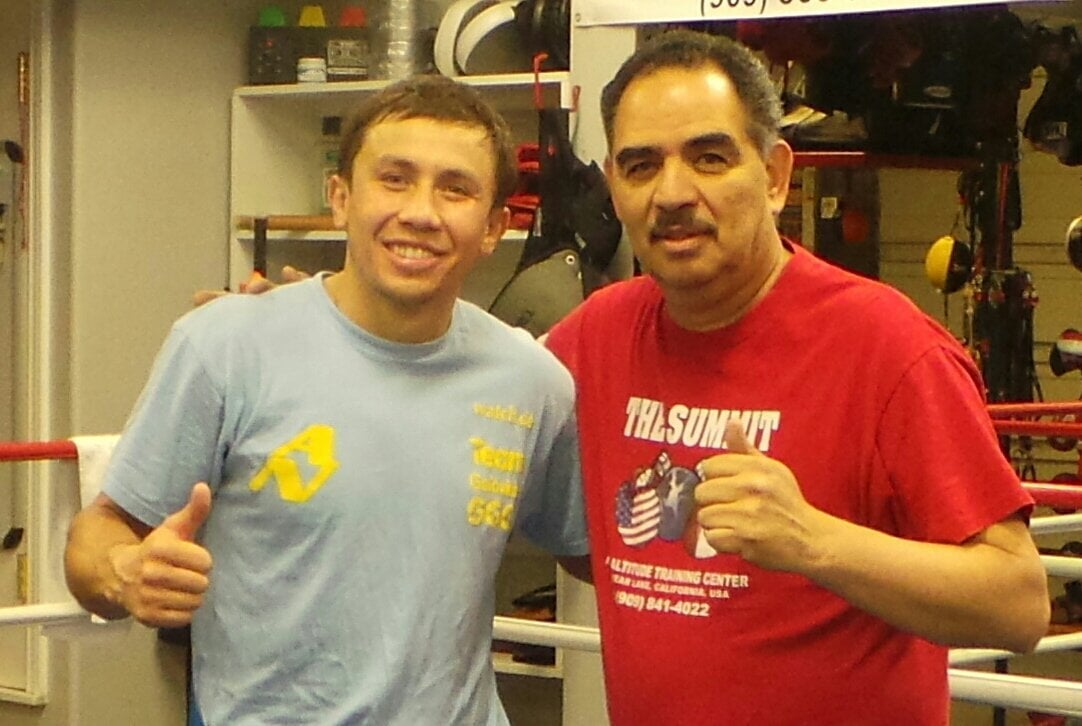 Last week when speaking with ESPN Deportes, Oscar De La Hoya warned us that the planned September mega-fight between Gennady Golovkin and Canelo Alvarez could be at risk – at least for that month – because the May 6 fight between Canelo and Julio Cesar Chavez Jnr could be “a war,” maybe even “a draw.”

If this scenario unfolded, De La Hoya posited, Canelo would perhaps not be able to fight GGG in September, as a return bout, or even a trilogy with Chavez would perhaps have to be fought. And now, in also speaking with ESPN Deportes, Abel Sanchez, trainer of course of GGG, has also warned how, with GGG and Canelo both facing very live and dangerous opponents in their upcoming fights (GGG will as we know face Danny Jacobs in March) nothing should be taken for granted.

Of course Sanchez has full confidence in his fighter Triple-G beating Jacobs, but he goes as far as to say how “everyone has the possibility to win” in the two upcoming fights: GGG or Jacobs, and Chavez or Canelo.

“I am among those who thinks that fighting at this level, like Golovkin is doing with Jacobs, that anything can happen, and I feel the same way with Canelo and Chavez,” Sanchez said. “At this level they are all good and one punch can change everything – obviously, Golovkin is preparing for that not to happen. Today there is talk that Canelo will go against Golovkin, but it can still become Golovkin with Chavez, or Jacobs with Canelo. That’s the interesting thing here – that everyone has the possibility to win.”

Just imagine if Chavez, in the 164.5 catch-weight Battle of Mexico with Canelo, managed to score the upset. Imagine further that Jacobs, a couple of months earlier, had shocked Golovkin! The odds say it won’t happen – and those fans who crave seeing GGG Vs. Canelo hope it won’t happen – but if it did, at least we would have two other great fights to look forward to in GGG against Chavez, and Jacobs against Canelo!

Both GGG and Canelo are expected to win their respective upcoming fights, but as De La Hoya and now Sanchez have warned us: we should take zero for granted in this sport.