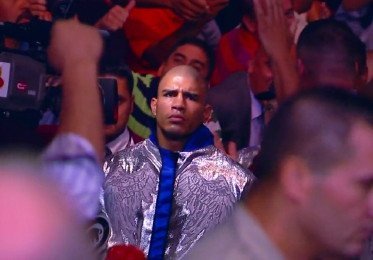 Abel Sanchez, the trainer for rising star and long time champ Gennady Golovkin has a lot of words for his fighter when discussing the biggest fights in the sport. This interview took place just prior to the Murray fight and Sanchez was saying it would be good for Golovkin to go the full 12 in preparation for these super fights. That fight ended up going 11 rounds, which is the longest of Golovkins career and if Sanchez is correct in his estimates then Murray lasted longer than either Cotto or Alvarez would.

I do see where Sanchez is coming from with these statements.

Murray is a bigger guy than either Alvarez or Cotto, and as well as this has a more defensive oriented style, so it’s easy to understand and agree with. Whilst those would be two fantastic fights that would crown a legitimate P4P and PPV king, it is unlikely that they will get made anytime soon as signing to compete in a fight against Golovkin right now is like signing your own death warrant.

An interesting case which could happen is if James Kirkland manages to upset Saul Canelo Alvarez, he could be probably be persuaded to fight Gennady Golovkin for the right place. That would be an unbelievable fight between two guys that thrown a ton of power shots and never take a step backwards. However the more likely case is Alvarez pinches another win in that one and then goes elsewhere to avoid taking the Golovkin fight. If his promoters tried to duck Lara then you can imagine they will be less than optimistic about a potential Golovkin matchup.

Could Golovkin beat Cotto inside five rounds though? It is hard to imagine, but then again Cotto was stopped by Pacquiao and he is far smaller than Golovkin. Whilst the Pacman was an undeniable offensive force in the past, he never had that once punch KO power like Triple G has. Gennady is just a larger and more powerful athlete than Pacquiao.

Whatever happens we all know that Gennady will continue to be avoided by the big names in the division and will likely have to compete at 168 to get good fights. This is unfortunate as he is clearly most effective as a 160lb fighter. He could conceivably have 15-20 consecutive world title fights and have all wins and stoppages by the time he faces a PPV opponent.