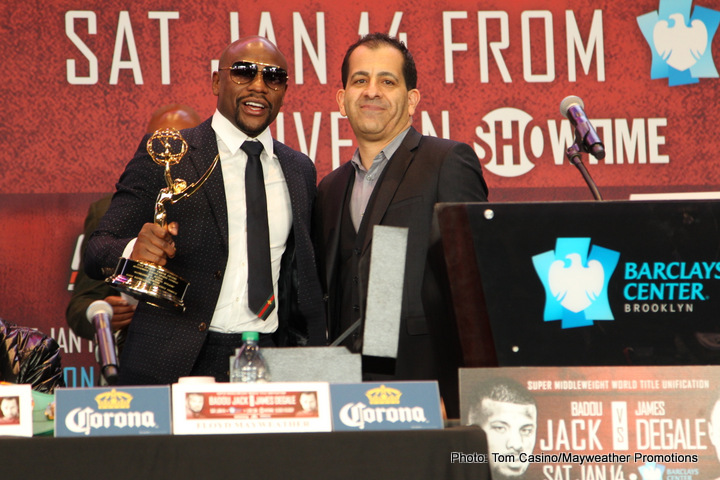 No thanks, I’ll sit this one out…

I don’t begrudge anyone in any fighting sport the opportunity to make money. These men are talented in their respective sports and they put themselves at risk out there so let them get paid. I get it!

However, on that Saturday night in August as you gather around your TV’s in anticipation of the big fight between Conor McGregor and Floyd Maywether, please take a moment and consider this.

One day a few years back a boy showed up at my gym with all of his worldly possessions in a backpack wanting to become a professional boxer. He had heard about me from a distant relative and came half-way around the world, leaving his wife and 3 year-old daughter behind, to come chase his dream. He knew two words of English…”me champion.”

He had risked it all and as we spoke I could see in his eyes the desperateness and willingness to do anything to achieve that dream. As I learned more about him I was humbled by his story and the incredible sacrifice and hardship he undertook just to arrive at my door…it brought tears to my eyes.

I tell you this because his story is not unique in boxing. In fact, it’s just the opposite and once you are part of this sport you see just how powerful and meaningful boxing is to these kids.

It’s been said that boxing is the sport of last resort and that young men who choose boxing as a career either make bad choices or have no other choices. There is a great deal of truth in that for many of these kids.

This willingness to suffer unspeakable pain, endure immeasurable hardship and overcome unthinkable heartache in the face of overwhelming opposition is one of boxing’s most enduring and compelling qualities. It’s the reason we admire boxers so much and it allows us to identify with the sport even if we have never been a boxer or stepped into the ring. We love boxing because of the struggle. We love Rocky because he is us.

In August as Conor McGregor steps into the ring we will know one thing, he has not struggled to be a boxer. Yes, I’m sure his story and struggle to be great in the MMA is compelling but we will know that his struggle was not a boxer’s story but that of an MMA fighter.

It will be in that moment when we realize that the spectacle of the event forgets and disrespects the millions of boys who traveled with backpacks across the world to chase their dreams. It forgets the pain and heartache suffered by the boys as they honed their craft while training in hot, dark ,dank, back-alley gyms across the world hoping and waiting for their one chance to jump up on the stage.

Here is the truth of it all. If you ever want to see who is at the top of the boxing ranks simply look at the bottom of the socioeconomic scale. These are the men most easily forgotten and disrespected in life. We respect and admire their journey but we are quick to abandon them for the money or for the first bright shiny object that comes along.

In many State Athletic (boxing) Commissions it would be difficult for this fight to even happen. How is it that a man with zero professional boxing matches can get approved to fight a 12 round bout against arguably the greatest fighter of our generation when a National Golden Gloves Champion can barley get a debut pro fight approved for 6 rounds against another debut fighter?

I like Conor McGregor. I respect what he has accomplished as an MMA fighter but my boys have suffered for boxing. They have given their heart and soul to the sport and left everything behind just to have a chance. I can’t forget them now.

Maybe it’s different for me because I’m a coach and I am to close to the struggle. Maybe I’m just “old school” and out of touch with today’s morality but for me I can’t enjoy the fight knowing what I know.

I expect the fight to be a one-sided bore-fest until McGregor finally gets chopped down late in the fight. I admire Conor McGregor for his bravery and talents but I won’t be watching and it won’t be because I disrespect him, but rather because I do respect all those other boys traveling the world with backpacks right now.

I’m not naive. I understand that the lifeblood of the State of Nevada is gambling and sport. I understand that this event will mean millions of dollars in needed revenue to the hotels and casinos. It’s good for the city and its people and why the hell not! I get it, but part of me was still hoping that the Nevada State Commission would give a nod to the boys with the backpacks by acknowledging the struggle and using this moment to honor the sport and show all those boys some respect for helping, in small part, to build that city.

Like I said, I’m not against anyone making money, but for me I will be thinking of that boy with the backpack and wondering when he will get his shot in the sport that he has sacrificed so much for and to which he has dedicated his life.

One final thing…that boy I mentioned at the onset of this article…the one who traveled across the world to train with me is now 13-0 and the current IBO International Bantamweight Champion. No matter what happens from here out, one thing is for certain, if/when he finally gets his chance under the big lights…he will have earned it. I can’t say that for Conor McGregor.

Enjoy the fight in August but pardon me if I sit this one out.