Heavyweight controversies? Nothing comes close to the much-debated, the much discussed, the most rewatched and re-timed knockdown in heavyweight history; this the trip to the floor defending heavyweight champ Gene Tunney was the victim of in his return fight with former king Jack Dempsey. We are of course talking about “The Long Count.”

Tunney and Dempsey met for fight-two at Soldier Field in Chicago on September 27th of 1927. A crowd of over 104,000 showed up. Dempsey was a huge star, in fact a beloved fighter, yet “The Manassa Mauler” had been comprehensively beaten by Tunney the previous year. In terms of the fans in attendance, almost all of them were rooting for 31 year old Dempsey to regain the crown and make history. Jack very nearly did it.

Tunney, never taken to by the majority of fans the way Dempsey had been – Gene being referred to as a snob due to the company he kept, with the finest writers and playwrights of the day counted as his friends, with Tunney himself being well-read and highly educated – had been too fast for Dempsey in fight-one, his jab serving him well. Still, there was huge interest in the rematch, again scheduled for just 10 rounds – and infamous gangster Al Capone reportedly placed a huge bet on Dempsey to win. Champ Tunney picked up a cool $1 million for his efforts, this a staggering sum 95 years ago.

Once again, Tunney, two years the younger man, was beating Dempsey – who had been inactive for three full years ahead of their first fight – with his speed and athleticism. It was pretty much all Tunney for six rounds. Then, in hugely dramatic fashion, Dempsey broke through in round seven, flooring Tunney with a hard left hook to the jaw. Tunney went down, but the referee Dave Barry (who had been replaced late due to Capone’s bet, with word getting out how Capone had placed his wager because Davey Miller was to ref the fight; and Miller’s brother was said to have also placed a big bet on a Dempsey win), didn’t begin counting.

The new rule that said a fighter who scores a knockdown has to go instantly to a neutral corner in place, was forgotten by Dempsey, and Tunney was given precious seconds as the challenger hovered over him. It was later estimated that Tunney was down for 13 or 14 seconds. Tunney later said he was clear-headed at “2” and that he could have gotten up before the referee’s official count of “9” if he so wished. 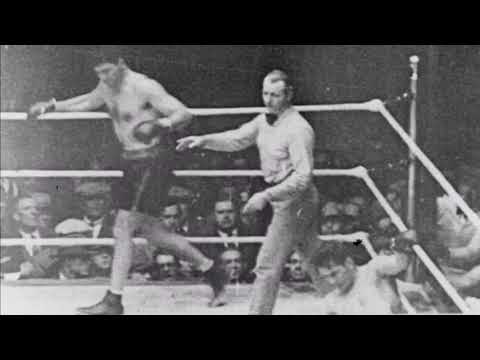