Jerry Quarry, who was motivated, perhaps forced to get into the ring by a domineering father’s pride and fighting passion, faced the best during a long career. Quarry, known as “The Bellflower Bomber,” fought, amongst others – Muhammad Ali, Joe Frazier, Earnie Shavers, Floyd Patterson, Jimmy Ellis, George Chuvalo, and Ken Norton.

By the time of his initial retirement in 1977, it showed. Quarry, tougher and more durable than he was skilled (and Jerry was a skillful boxer in his day), paid perhaps a more hideously taxing price than any other prizefighter who outstayed his welcome in the most unforgiving of places – the ring.

Able to ship almost freakish amounts of physical punishment, plenty of it administered to his cranium, Jerry was a shadow of his former self by the time he returned to the ring in 1983; this at age of 32. 32 is no age for most people, of course. Yet for a pro fighter, one who has taken belts to the head by the aforementioned fighters, it can be a terribly advanced age at which to be launching a comeback. Quarry should never have been granted a license in the summer of 1983. He was already suffering from brain damage.

But Jerry, having quit the ring with an incredibly hard-earned 51-8-4 record, came back some 18 years after he had gone pro. Quarry, overweight and sluggish, actually managed to win two fights against so-so opposition, with him picking up small (by comparison to his heyday) pay cheques. At least Jerry went out a winner, the thinking was.

But no, the story wasn’t over. A tale of true horror was to come.

By the time of his ill-advised 1983 ring comeback, the experts described Quarry’s mental condition as follows:

‘A 1983 CT scan of Quarry’s brain, agreed to by him, showed classic evidence of brain atrophy, including the characteristic cavum septi pellucidi found in many boxers with long careers.’

‘The [two] fights Quarry had in 1983 accelerated his mental decline.’

Now, it’s worth recalling how sharp, how bright, how brilliant Jerry was in his prime, this in and out of the ring. A great personality, Jerry had a captivating sense of humor, he was of high intelligence, and he was a fine talker (check out some of his commentary work and his beautiful Ali impersonation).

Why, then, would Quarry want to risk his mental health further by fighting again in 1992? Yes, in 1992. A better, far more disturbing question is, HOW was Quarry allowed to enter a boxing ring for an additional professional bout in 1992?

But it happened. It was permitted to happen.

This week three decades ago (October 30, 1992), a 47-year-old brain-damaged Quarry climbed into a ring in Aurora, Colorado, to fight a cruiserweight named Ron Cranmer. Jerry, having been rightfully denied a license to box in many states, found what was described as a “loophole” in Colorado, and the fight was on. It’s unclear how much Jerry even knew about the situation he was in, the situation he was about to find himself in. But Quarry was in NO position to be boxing again. In fact, it’s nothing short of a crime that the Cranmer-Quarry bout was permitted to go on (these words way remind you of the things Ferdie Pacheco had to say, years after the fact, about the awful Larry Holmes-Muhammad Ali fight; yet as gruesome as the 1980 fight was, Cranmer-Quarry was a whole lot worse).

Quarry, who had filed for social security in 1995, was paid something like $500 for the Cranmer fight. It was not a fight; it was a beating. Quarry, not knowing where he was, took blow after blow without falling. Jerry’s chin was still formidable if nothing else that belonged to this once world-class fighter was. It was ghastly to watch. It was disgraceful. Cranmer won every minute of every round, and Quarry took a sickening amount of punishment. Cranmer won a six-round decision. Cranmer never won another fight, retiring in April of 1994.

If Quarry was in bad shape before this fight, he was far worse as a result of the fight that should never have been allowed to happen. Months after his final bout, Quarry, still in his early fifties, was reduced to needing constant care. Unable to either feed or dress himself, Jerry was cared for by loving family members.

It should never have been like this for a proud, talented, brilliant fighter like Jerry Quarry. So what is the point of bringing up this tragic event in boxing history? Truth be told, I don’t know. But what happened to Jerry Quarry, what was allowed to happen to him, should never be forgotten or brushed under the carpet. That much I do know. 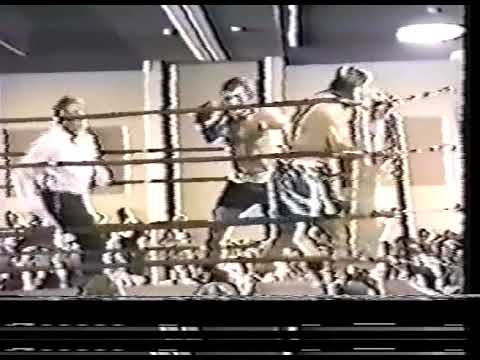