Hopkins feels that Bivol’s size and power advantage over Canelo (57-1-2, 39 KOs) would mean something if he weren’t facing a talent like him.

If Canelo loses to Bivol, Hopkins will need to re-think his ideas about him being this guy that “smashes” the best, because thus far, he’s never done that against the quality guys that he’s faced. Gennadiy Golovkin got the better of Canelo in two fights, Floyd Mayweathe Jr. beat him, and Erislandy Lara and Austin Trout were arguably robbed when they fought the Mexican star.

What’s interesting is that Hopkins believes that Jermall Charlo is a tougher opponent for Canelo than Bivol, David Benavidez, and Gennadiy Golovin.

Jermall Charlo hasn’t looked good in the last four years, beating Matt Korobov by a questionable 12-round decision in 2018, and recently struggling to beat Juan Macias Montiel last June in a fight in that he was repeatedly hurt.

“He smashes him,” said Bernard Hopkins to Fight Hub TV, picking Canelo Alvarez to defeat Dmitry Bivol. “Mash potatoes all over the place in smashing event. He [Canelo] smashes him.”

Bivol has been in with a bigger puncher than Canelo when he fought Joe Smith Jr, and he got through that fight without being knocked out. Canelo doesn’t punch as hard as Smith, and chances are that he would lose to the New Yorker.

“I’m not going to say names. Are people really excited? Yeah, to see Canelo whether he stays mentally and achieves being on top like he has been. That’s all we’re looking for, people that know,” said Hopkins in writing off Dmitry Bivol.

“If Canelo didn’t have the attributes that he has, yes, but that’s not the case,” Hopkins said when asked if Bivol’s size and power advantages will give him an edge against the smaller 5’7″ Canelo.

“We’re talking fantasy if we’re not talking about that. It’s a fantasy. Things are so one-sided for a person like myself and others out there who will agree. It’s what Canelo wants to do. It’s not what he’s [Bivol] going to do.

“It depends on the weight class, and I won’t back up off of this,” said Hopkins when reminded that he said that he would like to see [Jermall] Charlo against Canelo and Benavidez.

“He smashes him,” said Hopkins when asked if David Benavidez would be a good opinion for Canelo. “You got to stop coming with smashes.”

If Canelo could smash Benenavdez (25-0, 22 KOs), as Hopkins maintains, why hasn’t he fought him all these years? There are a lot of boxing fans that believe that Canelo is afraid to fight Benavidez because if he wasn’t, he would have fought him instead of fighters like Avni Yildirim, Danny Jacobs, Billy Joe Saunders, Caleb Plant, and Rocky Fielding.

Those are fighters that Benavidez would likely make easy work of if he could get them to fight him.

“I think you can expect Canelo to be better than he was for the second fight,” said Hopkins when asked about his thoughts on Canelo potentially fighting Gennadiy Golovkin in a trilogy match in September.

“That doesn’t sound good for GGG. This is not that type of smash. This is one of those things where we seen it twice. Okay, the last one of those, we’ve seen twice.

“What are we going to see in a third [Canelo vs. Golovkin] fight? Okay, another smash, but it’s a different type of smash,” said Hopkins about his belief that Canelo destroys Golovkin in the trilogy. 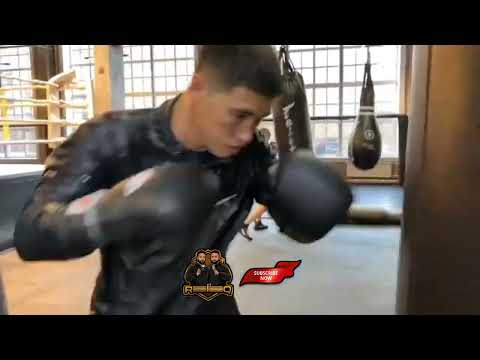