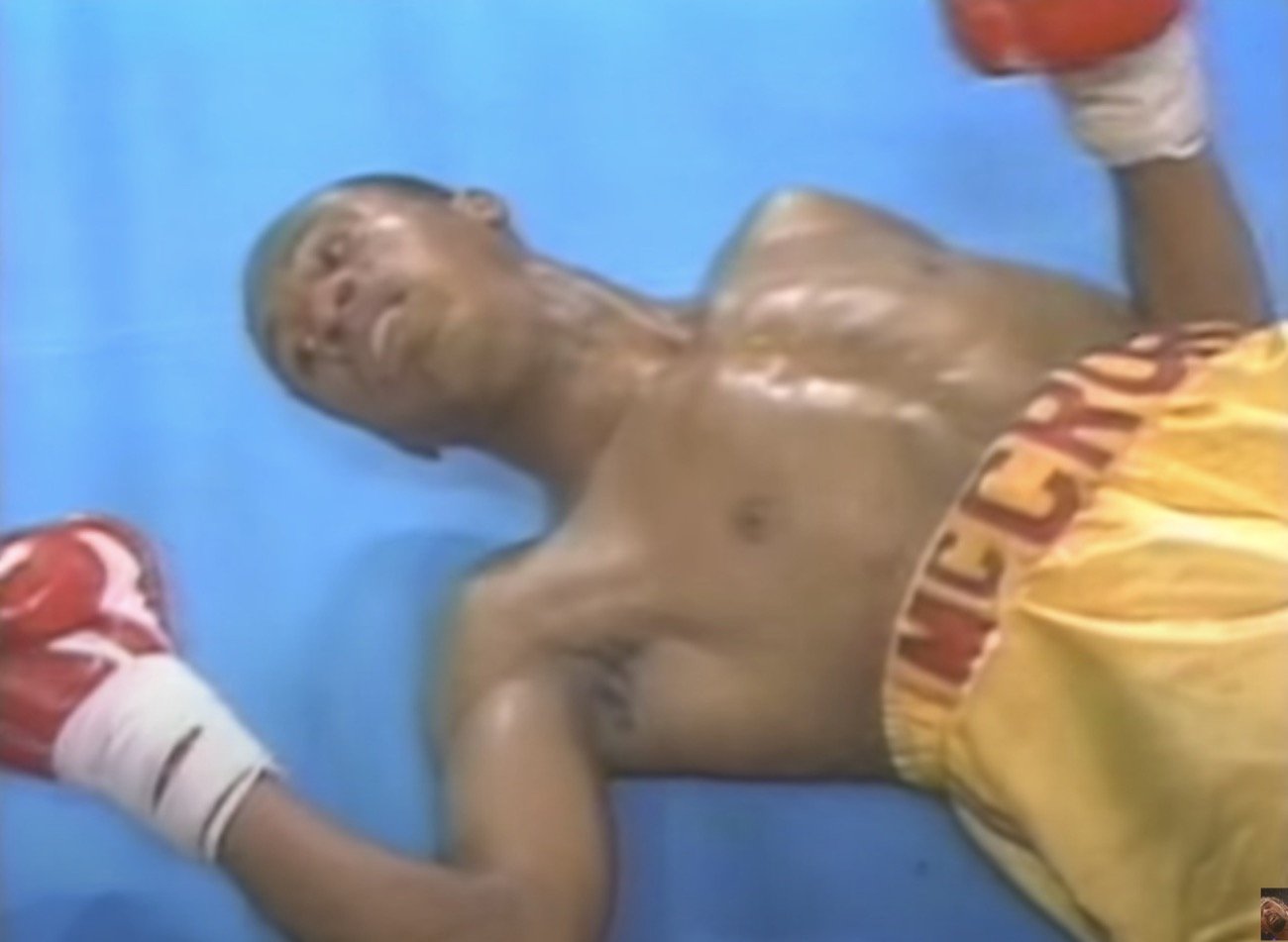 The year 1985 proved to be a big one, a memorable one and an historic one for a number of fighters. ’85 gave us, amongst other things: the unbelievable ferocity that was the Marvin Hagler-Thomas Hearns middleweight war, the pro debut of future heavyweight king Mike Tyson, Hector Camacho’s flawless win over Jose Luis Ramirez, this seeing “Macho” become a two-weight champ, Barry McGuigan’s stirring win over long-ruling featherweight champion Eusebio Pedroza, and Michael Spinks’ huge upset of long established heavyweight boss Larry Holmes.

It was indeed an eventful 12 months for boxing fans. Yet as monumental as the achievements pulled off by the above mentioned fighters really were, when it came to who was The Fighter Of The Year, one man stood alone. Known as “The Lone Star Cobra,” unbeaten, untouchable welterweight master Don Curry was at the peak of his considerable powers in 1985, the 24 year old failing to put a foot wrong in any of the four fights he had that year.

Curry, who had been WBA welterweight champion since 1983, and who had added the IBF belt to his record the following year, retained both titles with a stoppage win over Colin Jones in January of ’85, with Curry’s exquisitely placed punches almost tearing Jones’ nose from his face in the fight staged in England. This start to the year was impressive enough, but the way Curry ended the year was truly special.

After two non-title victories, both coming via stoppage, Curry faced Kronk fighter Milton McCrory, the reigning WBC welterweight champion. The unification showdown, billed as “The Toss Up,” would see the winner become the first unified welterweight king since Sugar Ray Leonard. As it turned out, the tag line attached to the showdown was wide off the mark.

McCrory was a fine fighter. Having beaten common opponent Jones to win the vacant WBC crown at 147 pounds (this after boxing a draw with Jones), “The Ice Man” had then reeled off four title retentions. Plenty of people did indeed see the McCrory-Curry fight as a toss up. The December 6th fight held in Las Vegas – 35 years ago this week – had everyone’s attention. Curry was 23-0, McCrory was 27-0-1.

Curry was exceptionally good on the night. Fast, powerful, accurate and spiteful with his punches, Curry turned what was a close fight on paper into a veritable slaughter. Curry, the older man by a year, hurt McCrory at the end of the opening round with a stinging left hook to the head, this shot sending his rival back to his corner on wobbly legs. In round-two, Curry was an absolute beast.

Not long into the round, a Curry left sent McCrory down. Upon trying to rise, McCrory fell to his knees. The fight was then allowed to go on and Curry wasted no time in closing the show. Firing in a monstrous right hand that landed cleanly on his rival’s chin, Curry left McCrory flat on his back. It was a truly electrifying performance.

Curry really did look like the next Sugar Ray – the next all-time great welterweight. This made what followed, in 1986, all the more shocking. But for now, in a year that had seen so many special fights and so many displays of fine ring prowess, Don Curry was THE man. The thought of Curry losing a fight was non-existent.