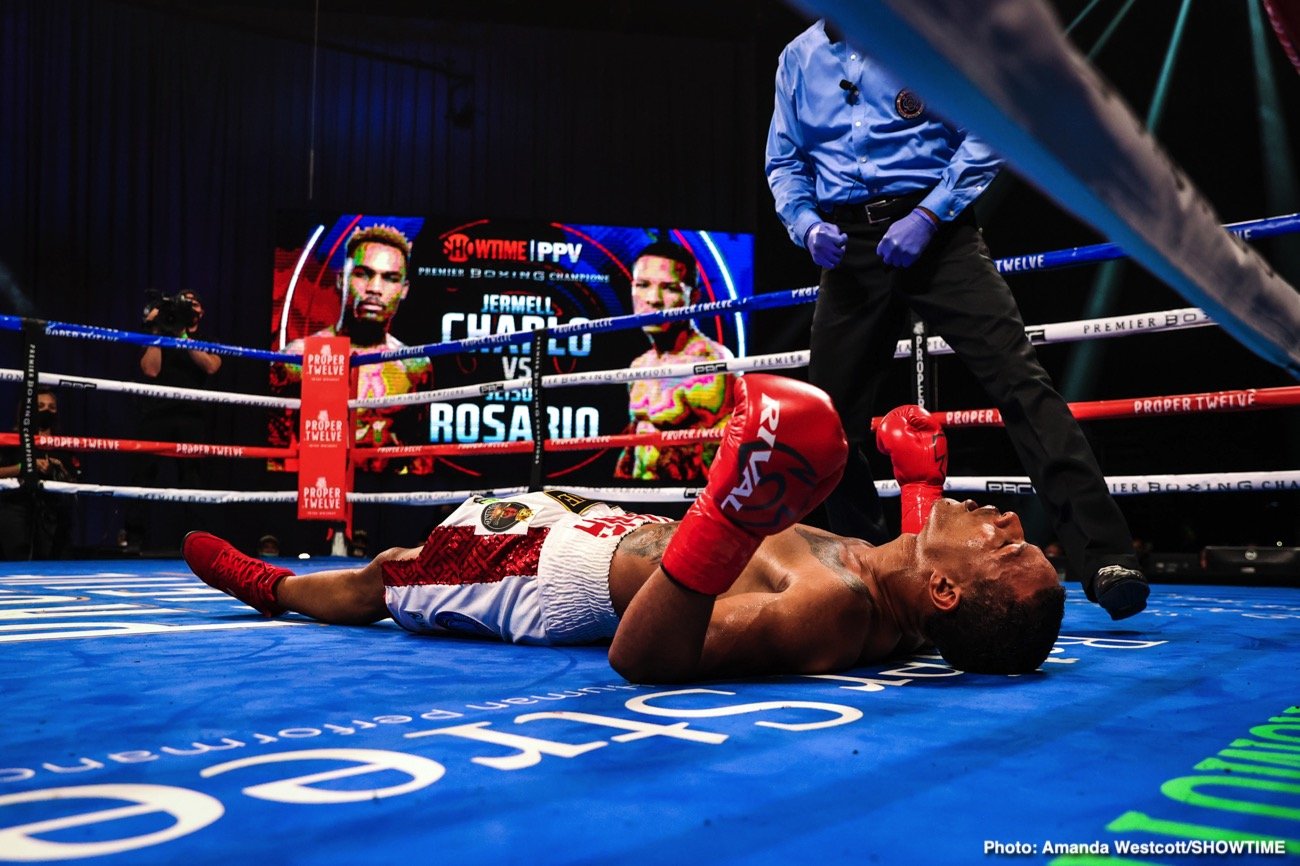 Houston’s Charlo Twins made successful pay-per-view debuts on Saturday in a historic night of boxing as Jermell Charlo unified the WBC, WBA, and IBF 154-pound titles with a spectacular eighth-round knockout against Jeison Rosario in the main event of part two of the first-ever pay-per-view doubleheader live on SHOWTIME PPV from the Mohegan Sun.

Jermell’s 30-year-old twin brother Jermall Charlo defended his WBC Middleweight world title for the third time and improved to 6-0 at 160 pounds with a skilled and disciplined unanimous decision victory over Sergiy Derevyanchenko in the first main event of an unprecedented night of boxing that included five world title bouts presented by Premier Boxing Champions.

Jermell (34-1, 18 KOs) stole the show as he knocked out Rosario (20-2-1, 14 KOs) instunning fashion just 21 seconds into the eighth round with a straight left jab to the body. Rosario struggled to get to his knees and appeared to have the wind knocked out of him as he was counted out by referee Harvey Dock.

“It’s Lions Only forever,” Jermell said. “We’ve been doing this for a long time. Dreams do come true. This is a part of my dream and a part of my destiny. I’m satisfied and I’m happy.”

After seven completed round, Jermell held a narrow lead on all three judges’ scorecards: 66-65 and 67-64 twice.

Jermell recorded two knockdowns before his knockout. In the closing seconds of the sixth round, Rosario from Santo Domingo, Dominican Republic, went down for the second time as Charlo connected on a short left hook that stunned Rosario, who was saved by the bell. Rosario was also sent to the canvas early as Jermell scored a knockdown on a left hook to the top of Rosario’s head in the first minute of the fight. Rosario was taken to the hospital for observation following the fight. 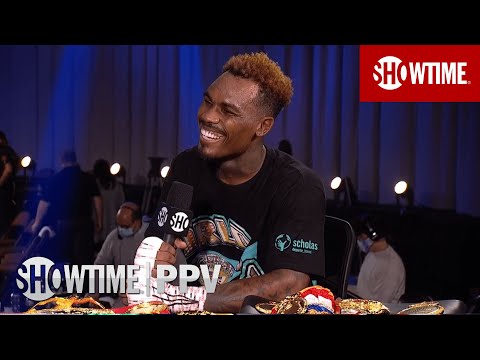 “I knew that he was going to keep coming after the first knockdown,” Jermell said. “He kept pressing for four or five rounds until I floored him again. I’m growing and learning that the knockout just comes. I know that I have explosive power in both hands. I utilized my jab more than any other punch in this fight and that’s what got me these straps.”

In the first card main event, Jermall Charlo (31-0, 22 KOs) remained undefeated in an all-out war against top contender Sergiy Derevyanchenko as all three judges were in agreement in scoring the unanimous decision. The scorecards read: 116-112, 117-111, 118-110. Video Recap here:

“We stood toe-to-toe and we didn’t back down from anything,” said Charlo, who had renowned trainer Ronnie Shields in his corner. “It was supposed to be one of the hardest fights of my career and we passed the test. He had a puncher’s chance, and of course the fight could have changed at any moment. I listened to my corner and executed the game plan and got the win.”

The 34-year-old Derevyanchenko (13-3, 10 KOs) fought more than half the fight with a swollen right eye he suffered in the fifth round, and later developed another cut above his left eye affecting his vision in the later rounds. He had his best rounds in the sixth and seventh as he connected on a several key left hooks that seemed to daze Charlo. The game and determined Derevyanchenko landed 180 and threw 681 more punches than any previous Charlo opponent.

“I wouldn’t say it was an easy fight, but we stuck to what we wanted to do and made it happen,” Jermall said. “I let my jab dictate and we got the victory. I wanted to knock him out, but you can’t knock everyone out. I’m a finisher, but you don’t want to run into anything even though you have him hurt. I landed the shots that I needed to in order to win. 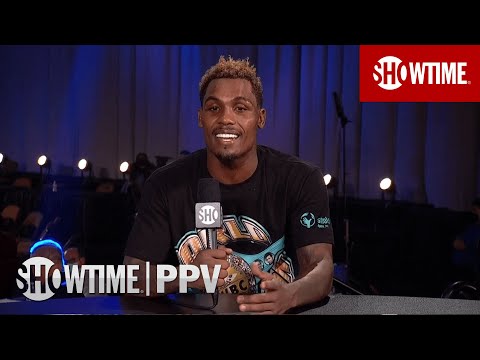 “The whole world understands that I can fight in there with the best of them. He gave GGG [Gennadiy Golovkin] a harder test than he gave me so I think the levels showed. I’m the best middleweight in the world.”

Unbeaten Luis Nery (31-0, 24 KOs) became a two-division world champion as he handed Aaron Alameda (25-1, 13 KOs) his first loss as a professional by recording a unanimous decision victory to claim the vacant WBC Super Bantamweight World Championship in the co-main event of part two of the pay-per-view doubleheader. The scores were: 115-113, 116-112, 118-110. Video recap here:

.@luisnerynp earns the hard fought UD win over @AaronAlameda1 in an absolute war to stay unbeaten.

Tijuana, Baja California, Mexico’s Nery had his 11 straight knockout streak ended as he moved up in weight from 118 to 122 pounds. Alameda, from Nogales, Sonora, Mexico, proved a tough opponent, as he matched his opponent punch for punch as Nery landed 180 total punches to 177 for Alameda.

“I got the victory because I landed more,” Nery said. “You always look for the knockout, but he used the jab a lot and that threw me off a little bit until I was able to connect more at the end of the fight. 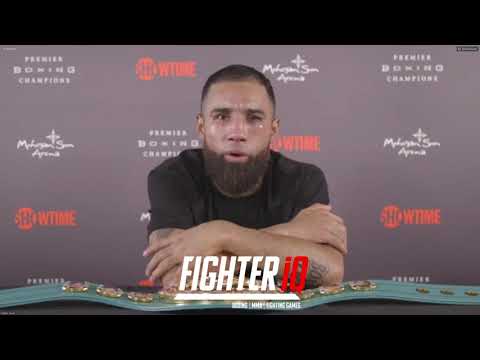 “There are a lot of good fighters in this division. Brandon Figueroa’s name has come up, but we’ll check with the team and go from there. We’re ready to fight anyone at 122-pounds. We don’t fear anybody.”

Danny Roman fights back to earn the unanimous decision victory over @jc_payano.

“It’s always good to have your hand raised,” said Roman, who won the final four rounds on all three scorecards. “I can’t take anything away from Payano. He’s a veteran and he knows a lot of tricks. I had to adjust. It feels good to get a win again and I’m looking to keep that feeling going.”

Miami’s Payano, originally from the Dominican Republic, landed a career-high 261 punches compared to 152 for Roman (27-3-1, 10 KOs), who is ranked in the top five by all four sanctioning bodies. Payano (21-4, 9 KOs) suffered a cut above his left eye due to a head butt in the third round.

“We’re at the level and ready to fight the Luis Nery vs. Aaron Alameda winner,” Roman said. “I still have unfinished business with Murodjon Akhmadaliev. I want that rematch. If not that, then I’m ready to fight Angelo Leo.” 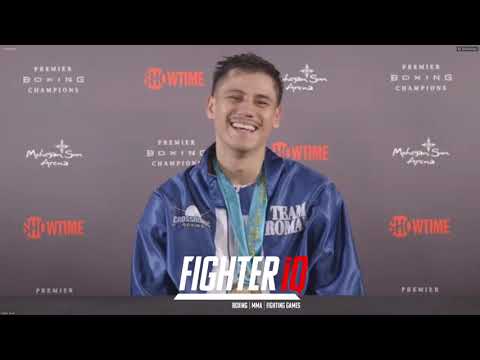 In the co-feature of the first pay-per-view card, Brandon Figueroa made the third defense of his WBA Super Bantamweight World Title as he scored a 10th-round TKO (1:18) over 122-pound contender Damien Vazquez.

The 23-year-old Figueroa (21-0-1, 16 KOs) of Weslaco, Texas, controlled the entire fight and held off the game Vazquez of Las Vegas while landing 48 percent of his power punches to Vazquez’s 39 percent. Vazquez (15-2-1, 8 KOs), who had a solid seventh round but began bleeding from a cut over a swollen right eye, won just one round on two judges’ scorecards, and two rounds on the other card.

“He was a lot tougher than I expected,” Figueroa said. “I was punishing him to the body and head. I had to switch to lefty because of how he was coming in with his head. I didn’t want to risk a head butt so I boxed him differently. My dad told me to put more pressure on in the middle of the fight and that’s what I did. He was holding up and taking my punches. But I knew with just a little bit more damage I could end it.” 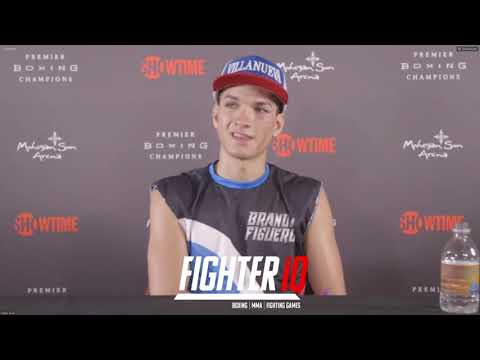 Figueroa seemed to get stronger as the fight progressed as he outlanded Vazquez 114-48 over the last three rounds. “I’m ready for anyone. I know I belong with the best fighters in the division,” Figueroa said. “I just want to give fans great fights.”

In the opening fight of the first card, WBO Bantamweight World Champion John Riel Casimero was successful in his first defense of his title as he delivered a dominating third-round TKO (54 seconds) over Ghana native Duke Micah.

John Riel Casimero proves to be too much and stops @DukeMicahBFT in the 3rd round of this opening bout.#CharloDoubleheader: https://t.co/Unmne2BI8N pic.twitter.com/qcfCfPUAFJ

The three-division champion Philippines’ Casimero (30-4, 21 KOs), fighting in his United States televised debut, dropped Micah (24-1, 19 KOs) early in the second round with a left hook, and consistently used his right hand in devastating fashion to finish off the Brooklyn, N.Y.-trained Micah, a 2012 Ghanaian Olympian who suffered the first loss of his career.

It was a complete performance for Casimero, who said after the fight that he’s ready for all the top 118-pound fighters in the division. “I hurt him in the second round with an uppercut, but I knew I was facing a good fighter,” he said. “I didn’t expect to knock him out so fast. He’s strong, so I was prepared to go all 12 rounds.

“I’m the real monster. Naoya Inoue is scared of me. He’s next. I would have knocked out anyone today. If Inoue doesn’t fight me, then I’ll fight Guillermo Rigondeaux, Luis Nery, or any of the top fighters.” 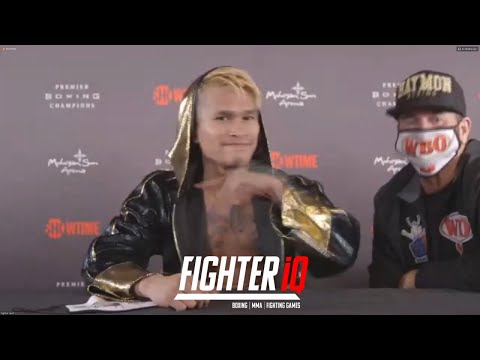 The event was presented by Premier Boxing Champions and promoted by Lions Only Promotions and TGB Promotions. The Jermell Charlo vs. Jeison Rosario match was co-promoted with Sampson Boxing.