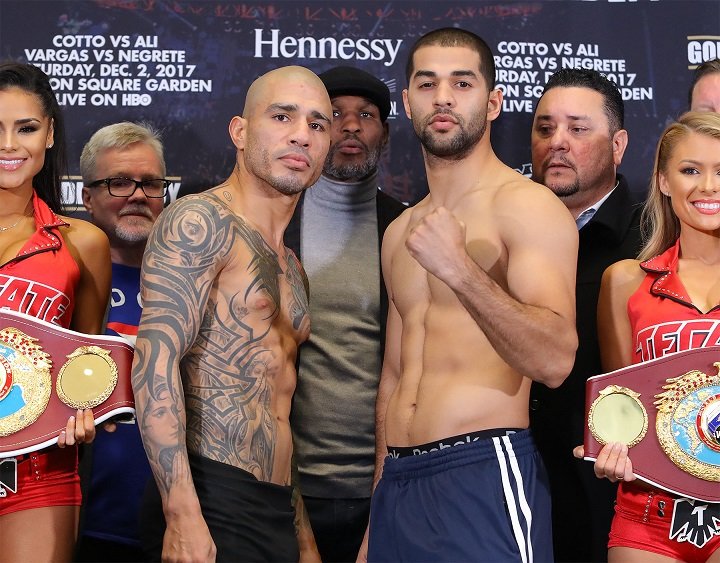 You can expect Miguel Cotto to KO Sadam Ali with a right hand tonight, according to trainer Freddie Roach. He says he’s scouted Ali’s recent 9th round knockout loss to Jessie Vargas from 2016, and noticed that he was vulnerable to the right hand. 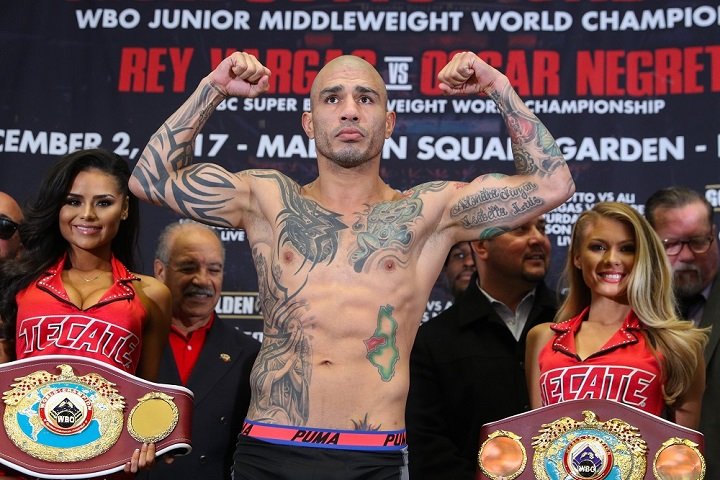 A defiant sounding WBO junior middleweight champion Miguel Cotto (41-5, 33 KOs) has bristled with the repeated criticism from the boxing media for him selecting what many consider a soft touch in welterweight Sadam Ali (25-1, 14 KOs) to end his career on with the two of them fighting on HBO tonight at Madison Square Garden in New York. 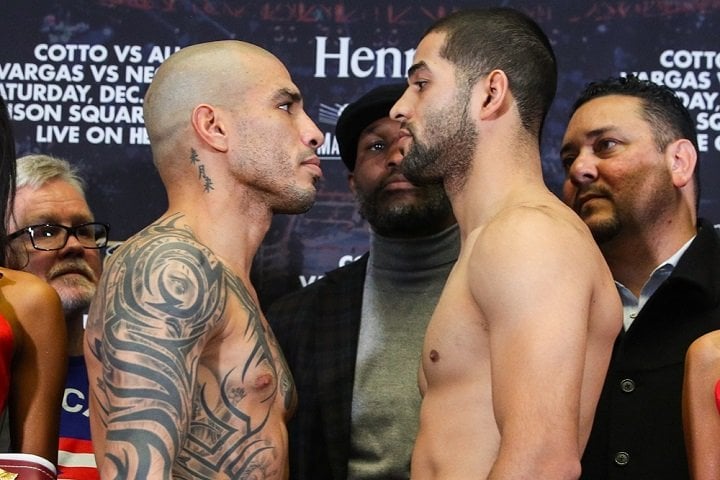 Miguel Cotto and Sadam Ali made weight on Friday for their fight on Saturday night on HBO World Championship Boxing from Madison Square Garden in New York. Cotto (41-5, 33 KOs) came in at a low 151.6 pounds, and his welterweight opponent Sadam Ali (25-1, 14 KOs) scaled in heavier at 153 pounds. 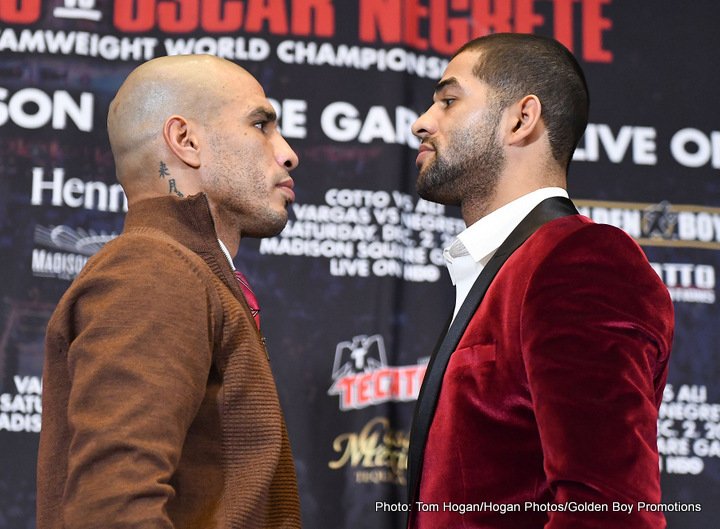 This Saturday night live on HBO, Miguel Cotto takes a final bow at his home away from home, Madison Square Garden, in New York City.  The Puerto Rican faithful will get a chance to see their legend one last time. His opponent, an odd choice in Sadam Ali, should be just what the doctor ordered for Cotto to walk away in the sunset. Beyond a few of the early rounds when Ali’s speed and movement could be effective, this should be a fairly easy victory for Miguel.

To be fair Golden Boy Promotions attempted to secure a tougher task but failed when they attached future options on Mikey Garcia and Errol Spence. Jessie Vargas claimed the money wasn’t right it’s also rumored Danny Garcia refused the offer as well. And since we’re being fair, it’s fair to say they could have tried someone in the deep and talented junior middleweight. 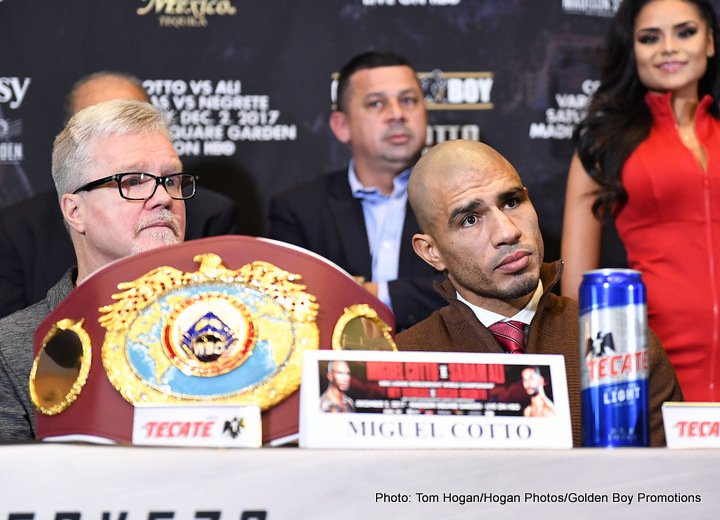 Boxing legend Miguel Cotto has vowed to go out with a bang as he enters the ring for the final time this Saturday night. The future Hall-of-Famer who has won world titles in four different divisions will fight for the last time against 2008 Olympian Sadam Ali, exclusively live on BoxNation.

Taking place at the iconic Madison Square Garden, for what will be the 10th time Cotto has fought there, the Puerto Rican superstar has been reflecting on his glorious career and promised one last big performance before hanging up the gloves. 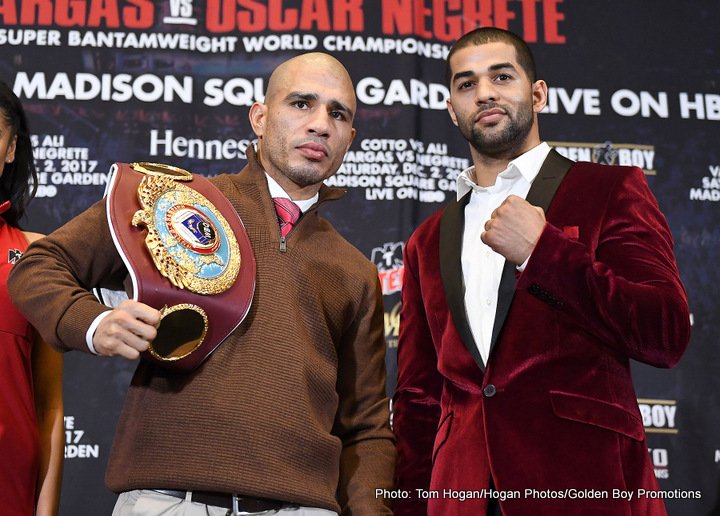 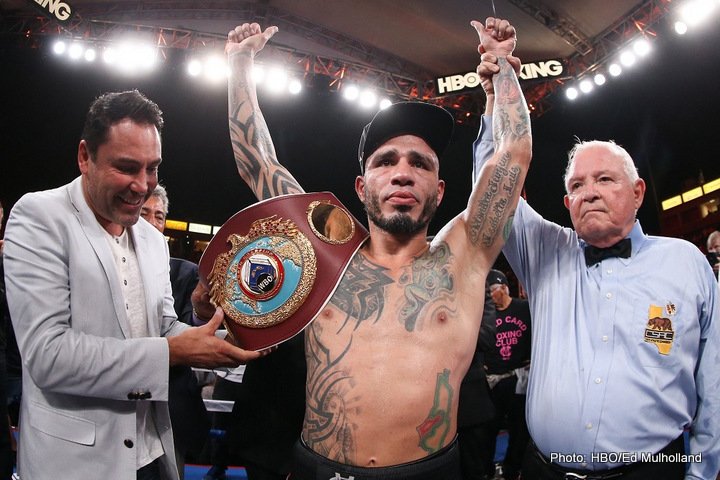 HBO Sports, with a 44-year tradition in professional boxing, takes a deep dive into the career of sure-fire Hall of Famer Miguel Cotto, the most accomplished and decorated fighter in Puerto Rican history, as he prepares to make one last ring appearance next month against former U.S. Olympian Sadam Ali when MIGUEL COTTO: A RETROSPECTIVE debuts SATURDAY, NOV. 25 at 12:45 p.m. ET/PT immediately following the live HBO WORLD CHAMPIONSHIP BOXING® tripleheader telecast from New York. 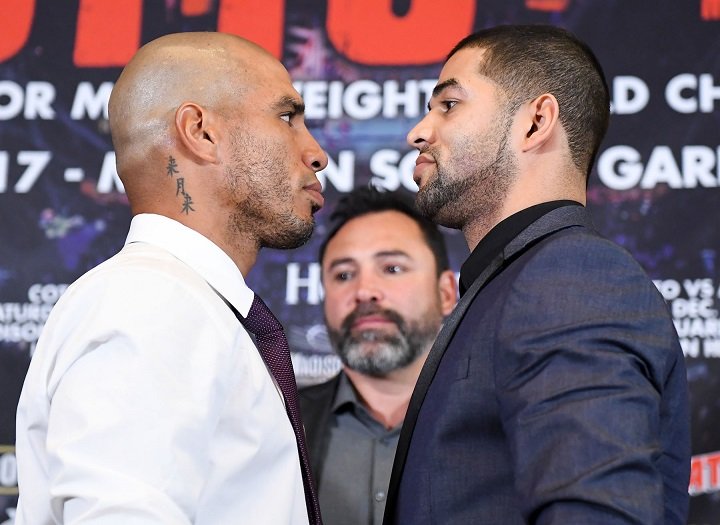 OSCAR DE LA HOYA: Thank you very much. First of all, to all the media who has joined us for today, for the Miguel Cotto-Sadam Ali international media conference call.

Just want to say a few words about the event. Obviously, this is a classic event. As one star says good-bye and another one looks to try to fill that void, that one we’ll leave behind.