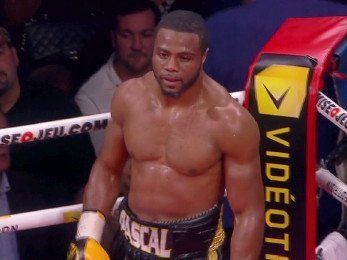 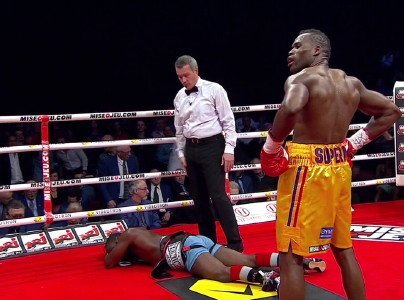 The light heavyweight division has been very active over the last few years. Fighters, networks, and promoters found away to give boxing fans something they rarely get in the sports current state…clarity. With all 3 forces working together all hell broke loose with unforeseen upsets, draws, rematches, and the triangle theory once again got debunked. We got entertaining scraps that warranted rematch fights with Chad Dawson vs. Glenn Johnson and Bernard Hopkins vs. Jean Pascal.

Jean Pascal may have drew and loss to BHop but was able to upset Chad Dawson, Dawson then rebounded from his first loss to beat the legend of longevity Hopkins only to get upset with a stunning 1st round one punch KO by Adonis Stevenson, in the most recent 175 division matchup. By Rob Smith: Fighting with only one hand from the 4th round after injuring his left shoulder in the 4th, Jean Pascal (27-2-1, 16 KO’s) was able to defeat Aleksy Kuziemski (23-5, 7 KO’s) by a pretty one-sided 10 round unanimous decision tonight at the at the Bell Centre, in Montreal, Canada. The victory will now set Pascal up with a rematch against WBC light heavyweight champion Chad Dawson next March if Pascal’s injured left shoulder heals. The judges scored the fight 100-88, 98-90 and 98-90. Pascal knocked Kuziemski down in the 6th and the 10th round rounds from hard right hand.

Pascal hurt his left hand when he attempted to throw a left hook in the 4th and his arm got caught on one of the ring straps that support the ropes. Luckily for Pascal, Kuziemski was far away from him when he got his arm caught because arm was caught on the strap and he had to untangle it. From that point on, Pascal was forced to fight with only his right hand. Had he been fighting someone with good power and boxing ability, Pascal would have lost the fight because he telegraphed everything he threw and almost defenseless because he couldn’t block shots with his left arm. When he would attempt to raise his arm you could see that it was causing him pain. Fortunately for him, Kuziemski didn’t have the offensive weapons to take full advantage of Pascal’s injury.