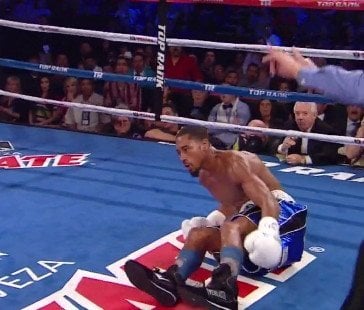 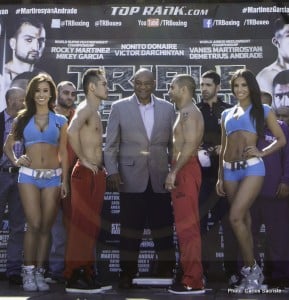 On Saturday, September 28th, from the Bell Centre in Montreal, Quebec, Canada, the lineal Light Heavyweight Champion, Adonis “Superman” Stevenson (21-1, 18 KOs) will defend his Ring Magazine and WBC belts against former IBF titlist Tavoris “Thunder” Cloud (24-1, 19 KOs) as part of a sure to be action filled “Double Header” on HBO Championship Boxing.

While many ringside observers are predicting the highly anticipated match-up to go the distance, due to the mental and physical durability of the title challenger, Stevenson’s trainer, Javan “Sugar” Hill, warns everyone not to blink when the opening bell sounds.

“With Adonis, you just never know how long the fight will be,” claims the Kronk Gym trainer. “Because of his massive power, you really don’t know if the fight will go twelve rounds, six rounds, or just 76 seconds.”