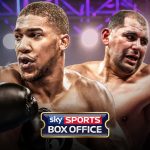 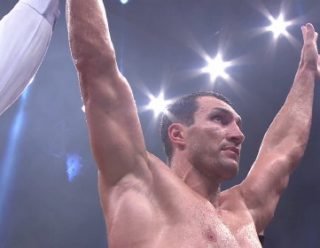 Anthony Joshua insists there will be no added pressure on him, but the IBF heavyweight champ will have not one but two big names checking out his upcoming performance as they hope to fight him next. Both Wladimir Klitschko and David Haye will be part of Sky Sports’ broadcast team for Joshua’s second defence against Eric Molina, and as much as the two will be impartial analysts, both men will be taking mental notes on how to defeat A.J. 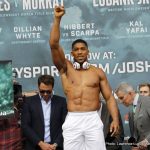 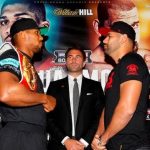 With news coming that former heavyweight king Wladimir Klitschko will be in attendance in Manchester for Anthony Joshua’s IBF title defence against Eric Molina, some people are wondering if Joshua will be at all affected by the sight of the man he is set up to meet in a huge fight next March/April. Will Joshua try too hard to impress Klitschko? Will he take his eyes, and his concentration, off the man in front of him?

Joshua told Sky Sports how he aims to make the fight, his second title defence, “look easy.” Molina says there is no way AJ will have an easy night next month, and the Mexican/American also made it clear he does not want any excuses if Joshua underestimates him and winds up losing in a big upset. Molina told Sky Sports that he wants to face a Joshua who is fully focused and is taking his challenge seriously.

IBF heavyweight champ Anthony Joshua insists he is fully focused on his upcoming December 10 challenger Eric Molina, but the 17-0(17) star is also looking towards the future. Joshua makes the second defence of his belt against the dangerously determined Molina, and AJ is already planning his third and fourth defences.

As fans know, the word is that Joshua, if he’s victorious against Molina, will engage in his very first super-fight next spring against former king Wladimir Klitschko. 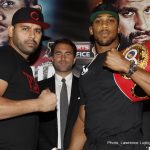 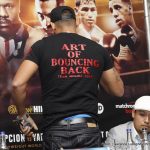 It’s either down to the sheer star-power of IBF heavyweight champ Anthony Joshua, or it’s down to the Dec 10 card in Manchester being a pretty stacked one, but 15,000 tickets have already been sold for the card that will be topped by Joshua’s second title defence against dangerously determined challenger Eric Molina.

The two stars of the main event met today at a press conference and, unlike Dereck Chisora and Dillian Whyte who met yesterday, both men had nothing but respect for each other. Joshua said he is anticipating a “game” Molina, while the 34-year-old Mexican/American said he is aiming to “take what Joshua has,” and that, “I can win the fight with one punch at any given moment.” 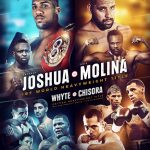 17,000 tickets were sold on the opening day of sales for Anthony Joshua’s IBF World Heavyweight title defence against Eric Molina at the Manchester Arena on December 10, live on Sky Sports Box Office in the UK and on SHOWTIME in the US.

Joshua defends his crown for the second time in his third fight in a row against American opposition – with limited tickets remaining on sale priced £40 to £500 from http://www.manchester-arena.com/ and on 0844 847 8000.