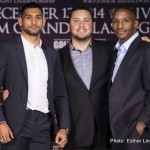 Sky Sports has secured the rights to show Amir Khan’s pivotal fight with Devon Alexander exclusively live from the MGM Grand in December.

Khan tops the bill in Las Vegas as he goes head-to-head with Alexander on Saturday 13 December, live on Sky Sports 1, with the winner set to throw their name into the sweepstakes to face WBA Super and WBC welterweight world champion Floyd Mayweather Junior.

Khan’s first fight at 147 pounds came in May when he overcame Luis Collazo on points, and the Bolton fighter returns to Las Vegas again to face the former two-weight world champion from St. Louis.

With the holiday season fast approaching, boxing fans will have plenty to celebrate at the MGM Grand Garden Arena in Las Vegas on Saturday, Dec. 13, as the star-studded “ROYAL BATTLE: Khan vs. Alexander” has grown to a quadrupleheader. Added to the previously announced SHOWTIME telecast will be a 10-round featherweight bout featuring former three-division world champion Abner Mares (27-1-1, 14 KOs) against Mexico’s Jose Ramirez (24-3-2, 15 KOs), and opening the live SHOWTIME CHAMPIONSHIP BOXING portion of the event at 9 p.m. ET/6 p.m. PT will be a 12-round IBF Title Elimination bout between unbeaten Jermall Charlo (19-0, 15 KOs) and Italy’s Lenny Bottai (22-2, 9 KOs).

Accomplished and widely recognizable former world champions still in the prime of their careers — Amir Khan and Devon Alexander — participated in a Golden Boy Promotions press conference on Tuesday at The Conga Room at L.A. Live to formally announce “ROYAL BATTLE” on Saturday, Dec. 13, at the MGM Grand Garden Arena in Las Vegas; live on SHOWTIME (9 p.m. ET/6 p.m. PT). Former world champion Victor Ortiz was also in attendance as he prepares for his undercard bout against an opponent to be named. 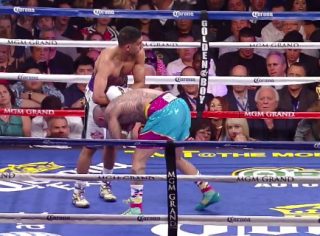 WBC Silver welterweight champion Amir Khan (29-3, 19 KOs) figures that a win over Devon Alexander (26-2, 14 KOs) will prove to boxing fans that he’s a major player in the welterweight division when he faces him on December 13th on Showtime at the Mandalay Bay Resort & Casino, Las Vegas, Nevada, USA.

Khan wants to show fans that he’s deserving of a fight against Floyd Mayweather Jr, and to do that he needs to dominate the 27-year-old Alexander, who has won world titles in two different divisions during his 10-year pro career.

LAS VEGAS (Oct. 31, 2014) – The stars of boxing’s present and future will be out in full force at the MGM Grand Garden Arena in Las Vegas on Saturday, Dec. 13, when Golden Boy Promotions in association with Khan Promotions and The Great Promotions present a SHOWTIME CHAMPIONSHIP BOXING tripleheader featuring a pivotal welterweight showdown and two world championship fights, live on SHOWTIME® (9 p.m. ET/6 p.m. PT). 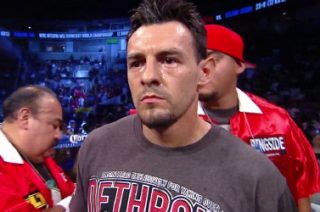 British boxing star Amir Khan (29-3, 19 KOs) will be fighting former two division world champion Devon Alexander (26-2, 14 KOs) on December 13th at the Mandalay Bay Resort & Casino, in Las Vegas, Nevada, USA. Before the Alexander fight was agreed on, Khan had been saying that Alexander and Robert “The Ghost” Guerrero were two of the names that they were looking at for his December fight. However, Guerrero says that the fight against Khan was never even offered to him.

“The [Khan] fight was never offered to me,” Guerrero said on his twitter. 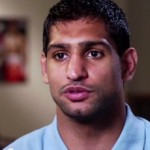 Showtime and HBO will have competing boxing shows on December 13th. On Showtime, Amir Khan (29-3, 19 KOs) faces Devon Alexander (26-2, 14 KOs) in the main event at the Mandalay Bay Resort & Casino, in Las Vegas, Nevada, USA. On the same night on HBO, former two division world champion Timothy Bradley will be in action against Diego Chaves.

The good news for boxing fans is neither of them will be on pay-per-view, but it’s still not a great thing unless you’ve got Tivo and can record one of the fight cards while viewing the other. 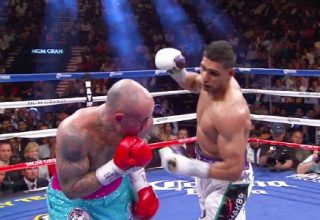 Amir Khan would like to be facing Floyd Mayweather Jr or Manny Pacquiao in his next fight in December, but neither of those fighters will be available to him at that time, so he wants to take the best fight possible against either Robert Guerrero or Devon Alexander.

Khan wants to pick up a big win over an opponent with a name so that it can catapult him into a fight against Mayweather next year. Khan believes that a big win will get him the fight that he’s been wanting for ages against Mayweather, who he believes he can beat at this point in his career.