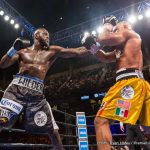 Wilder (38-0, 37 KOs), who won his WBC belt in January 2015 on SHOWTIME and has since made five defenses, will serve as an analyst for Sky Sports Box Office for Joshua vs. Klitschko. 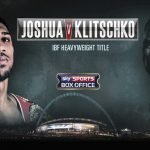 The officials have been confirmed for this Saturday’s huge, 90,000 sell-out heavyweight collision between Anthony Joshua and Wladimir Klitschko. There is plenty on the line in this fight – the biggest heavyweight fight in British boxing history – and a strong third man in the ring will be needed.

The fight will have a very experienced referee in David Fields of New Jersey. Having worked over 200 fights – including bouts with big names such as Bernard Hopkins, Sergey Kovalev, Shawn Porter and Yuriorkis Gamboa to name just a few – Fields, a big guy, should not be at all out of his depth working the WBA/IBF heavyweight title fight; even if he has not worked too many heavyweight fights before. 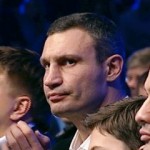 There really could be quite a throng of heavyweight greatness, either past, present or future, at Wembley on April 29 (a week today as if any heavyweight fan needed reminding!). Wladimir Klitschko, himself a future Hall of Famer, will of course fight Anthony Joshua, the next heavyweight great in the opinion of quite a few people, and two WBC heavyweight rulers, one past one current, have confirmed their attendance.

Deontay Wilder will be there, scouting his possible next opponent, and Vitali Klitschko – for some people the superior fighting Klitschko brother – will also be in the house, assisting his younger brother. Vitali, taking a break from his political duties in Kyiv, will be close to his brother as “Dr. Steel Hammer” attempts to take both the IBF and the WBA belts next week. 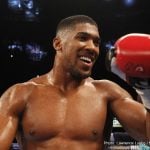 If he manages to defeat Wladimir Klitschko a week tomorrow, Anthony Joshua will add the WBA belt to the IBF crown he already holds – but he might find it impossible to keep hold of both belts for long. As his promoter Eddie Hearn explained to The Star, a victorious Joshua is extremely likely to be ordered to defend the IBF belt against Kubrat Pulev, and the WBA belt against Luis Ortiz.

So, unless “a deal can be done,” Hearn says Joshua is going to lose one of the belts he will exit a rocking Wembley Stadium with if he’s victorious on April 29. More alphabet soup madness, or two good fighters getting what they have worked for and fully deserve? Take your pick, but it really does seem next to impossible for any heavyweight to become undisputed king these days. 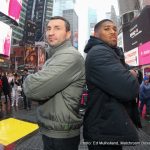 How shocked would you be if the big April 29 heavyweight showdown between Anthony Joshua and Wladimir Klitschko got postponed due to an injury on the part of one of the fighters? This is just what former, undefeated heavyweight champ Tyson Fury has come out and said he thinks will happen. 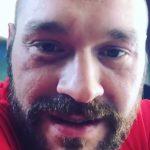 If it ever happened it would be one of, maybe THE biggest, all-British heavyweight showdowns ever. What is it: Tyson Fury, unbeaten former world ruler, against Anthony Joshua, unbeaten IBF ruler. And these two giants have been attacking one another via social media these past few hours, with both men getting in some verbal digs and good lines. 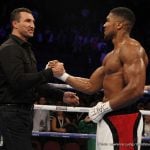 Legendary Father Time-conqueror Bernard Hopkins never, ever said he planned to fight on until the age of 51 – at one point he actually promised his mother he would quit the ring at the age of 40 – it just happened that way. Going fight by fight, Hopkins realised he had it in him to keep going. 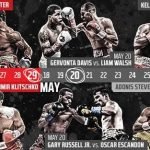