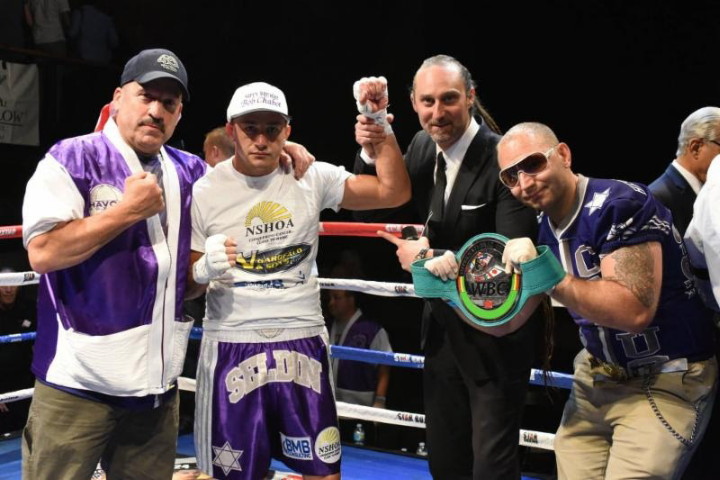 6/18/16, New York- Star Boxing’s Rockin’ Fights took center stage on Friday night (June 17), and WBC Silver International Champion and WBC World #4-ranked Junior Welterweight contender Cletus “The Hebrew Hammer” Seldin (19-0, 16 KO’s Long Island, NY) extended his unbeaten streak with his 19th consecutive victory, a rousing first round TKO over Jesus Selig (19-4-1, 12 KO’s Douglas, Arizona) at The Paramount in Huntington, New York. Seldin attacked with thrilling ferocity from the get go. He knocked the seasoned Selig to the mat the first time he landed flush to his head. Selig rose but the writing was on the wall as Seldin went in for the kill. Cletus then drilled a wobbly Selig in what will be a highlight reel knockout for many years to come. The referee didn’t bother to count. The 10-round Junior Welterweight main event headlined the 24th edition of the popular series promoted by Joe DeGuardia. 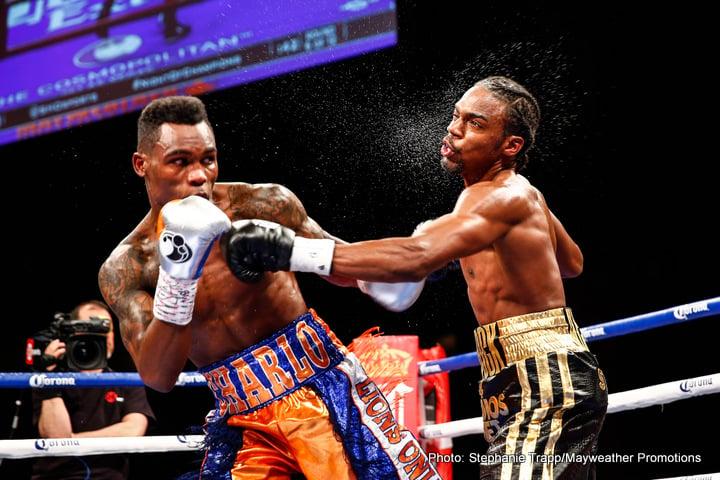 Andrade’s start-to-finish mastery had the 10-ranked Nelson on the canvas four times, including an opening round knockdown and the show-stopper at 1:38 of the final round.

On Friday night, in front of a nationally televised audience over the ESPN2 network and a standing room only crowd, Joe DeGuardia’s Star Boxing presented the 17th installment of the popular “Rockin Fights” series at The Paramount in Huntington , NY. 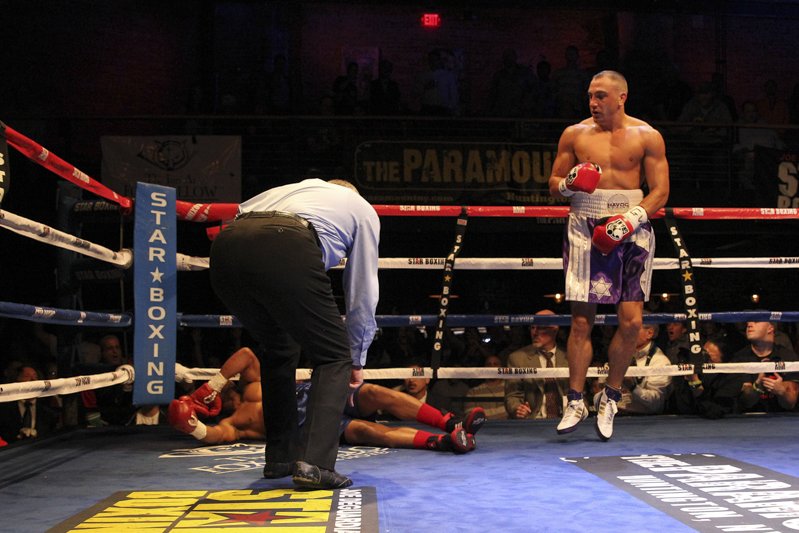 Before another packed house on Friday, Sept. 19th, at The Paramount in Huntington, NY, undefeated, fast rising, Jr. Welterweight prospect Cletus “The Hebrew Hammer” Seldin (14-0 11KO’s Long Island, NY), blasted out spoiler Ramesis Gil with a sensational one punch knockout in the 2nd round of a scheduled 10 round Jr. Welterweight bout.

Both fighters came out aggressively in the first round with each scoring hard shots and little to choose between them. The 2nd round began with Seldin stalking Gil (8-9-5 5KO’s Santo Domingo, DR) backing him up. Seldin beat Gil to the punch and landed a thunderous right hand on Gil’s chin. Gil crumpled to the mat and was counted out giving Seldin his 11th KO in 14 fights. 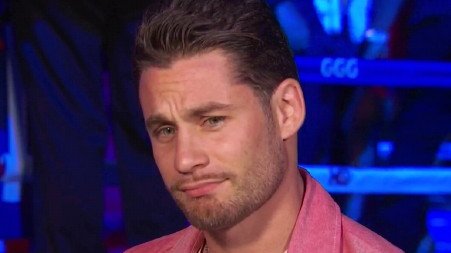 NEW YORK(September 18, 2014) – After completing a 12-day, 27,273 mile international media tour, one would think a nice rest would be in order. For Chris Algieri though, that simply hasn’t been the case. Then again, there are not any fighters in the world quite like the undefeated WBO junior welterweight champion and Huntington native, who is set to take on Fighter of the Decade Manny Pacquiao, boxing’s only eight-division world champion, on Saturday, November 22. The Pacquiao vs. Algieri world welterweight championship event will be produced and distributed live by HBO Pay-Per-View®, beginning at 9:00 p.m. ET / 6:00 p.m. PT.

He hs it all! He is a thoroughbred, he is a classy boxer, he’s educated, highly intelligent, well spoken, polite, and professional, with movie star looks.

He and his next opponent, Manny Pacquiao (56-5-2, 38 KOs) are likeable, humble, and respectful of each other. They will clash on November 22nd in Macao, China, on a Top Rank/Star Boxing promoted show, televised live on HBO PPV, in a fight between two WBO World Champions: Algieri (20-0, 8 KOs) is the junior welterweight title holder and he is challenging the Pacman for his welterweight championship. 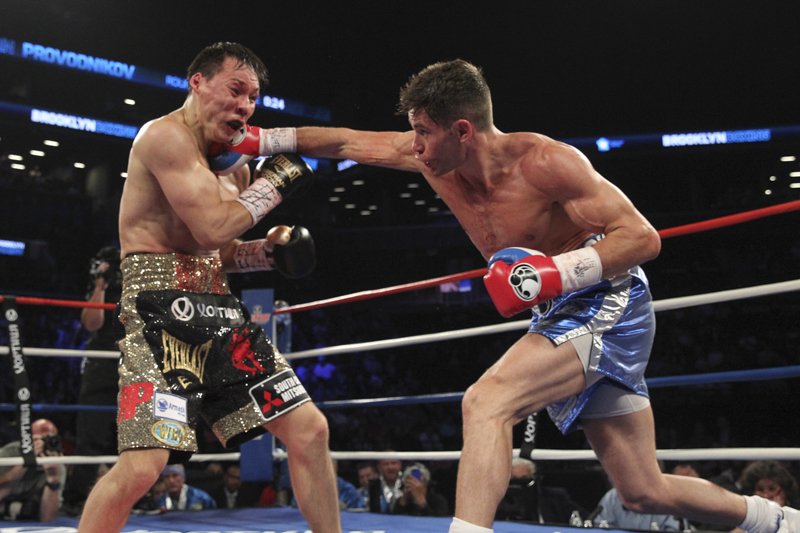 In front of a huge crowd at the Barclays Center in Brooklyn, New York, and an audience watching the telecast around the world including HBO in the United States, Joe DeGuardia’s Star Boxing had a night to remember as “The Pride of Huntington, New York” Chris Algieri shined in a twelve round split decision over World Boxing Organization (‘WBO’) Junior Welterweight Champion Ruslan Provodnikov.

In the televised co-feature Star Boxing’s WBO Junior Middleweight World Champion Demetrius “Boo Boo” Andrade was dominant in his first title defense, stopping mandatory contender Brian ‘The Lion” Rose of England at the 1:19 mark of the seventh round. 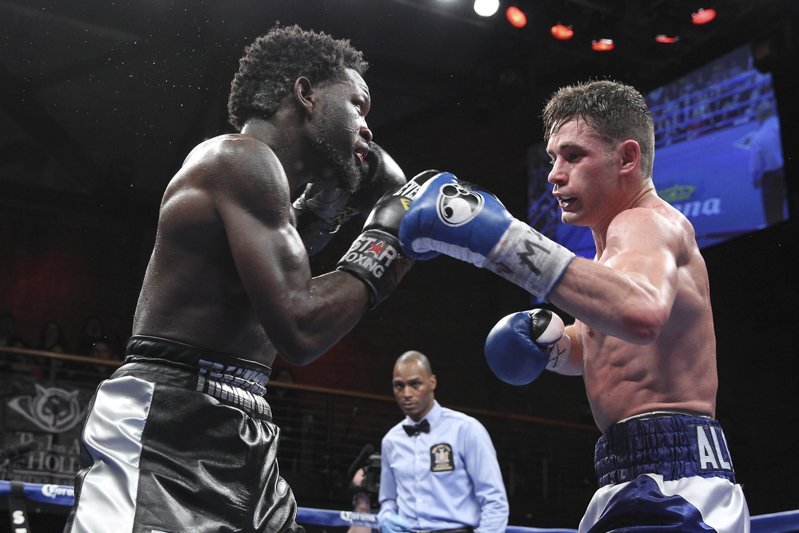 Friday night in front of a standing room only crowd at The Paramount and a nationally televised ESPN Friday Night Fights audience, “The Fighting Pride of Huntington”, Chris Algieri won a dominant ten round unanimous decision over world ranked junior welterweight Emanuel Taylor of Baltimore, Maryland by scores of 98-92, and 97-93 twice.

The ESPN Friday Night Fights/Rockin’ Fights 12 event was the 12th consecutive sellout at The Paramount for Joe DeGuardia’s Star Boxing.

With the win Algieri improved his undefeated record to 19-0 with eight stoppages while Taylor, ranked #4 by the International Boxing Federation moved to 17-2 with twelve knockouts.