Racism: Beliefs, actions, practices, and social/political systems that create a hierarchy of races deemed more superior or inferior to each other. Racism gives advantages to groups with power and privilege (white) and is manifested towards people of color who are in subordinated positions.

Adrien Broner was recently used as a scapegoat of racism in a time where racial insensitivity is a hot topic. This is due to the recent incident with Clippers owner, Donald Sterling and his hate towards black people, not wanting black people at his basketball games, and his history of racism. Although what Broner said this past Saturday night after his victory over Carlos Molina was racially and culturally insensitive, disrespectful, arrogant, lacked humility, and ignorant, I would not say that it was racist. A racist position would be someone who said something of someone from a different race with language and a tone of hate and power over another racial group. As a black man, Adrien Broner is not in a position of power, but more so in a position to disrespect an entire community as a result of his dominant performance over Carlos Molina (who is Mexican and Argentinian). 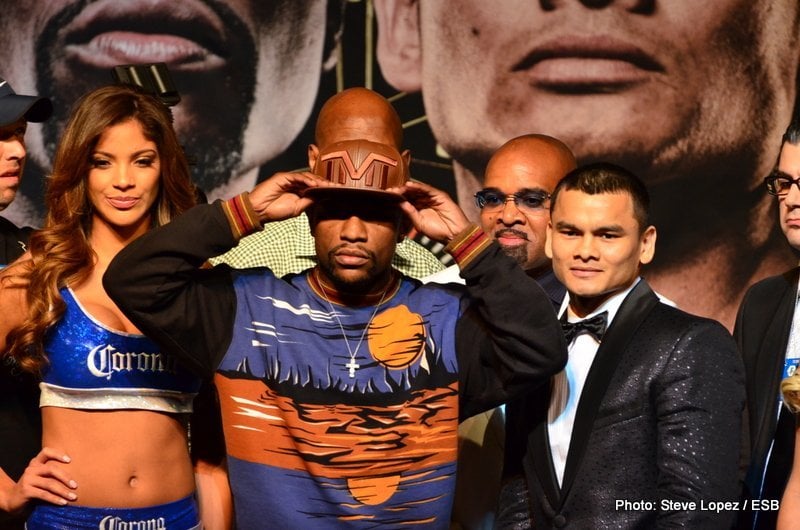 The highly anticipated fight between Floyd Mayweather Jr and Marco Maidana is scheduled to take place thisSaturday May 3, 2014 at the MGM Grand in Las Vegas, Nevada. Most fight fans, critics, analysts, and boxers are giving the edge to Floyd Mayweather as they should. He is the champion, he has been a champion for over 17 years, he has been here before and been successful 45 times without a blemish on his record. Although I too give the edge to Floyd due to the many advantages he has, I also believe that this fight is going to be closer than most feel. Here is why…

One of Floyd’s major advantages is that referees allow him to get away with a lot. With Floyd’s experience, he is able to implement elbows, clenches, and forearm action with no consequences. When was the last time Floyd was deducted a point, let alone a verbal warning? Closest he got was in the Hatton fight, yet Joe Cortez did not allow Hatton’s bully and rough tactics, which threw off a worthy game plan by the Englishman. 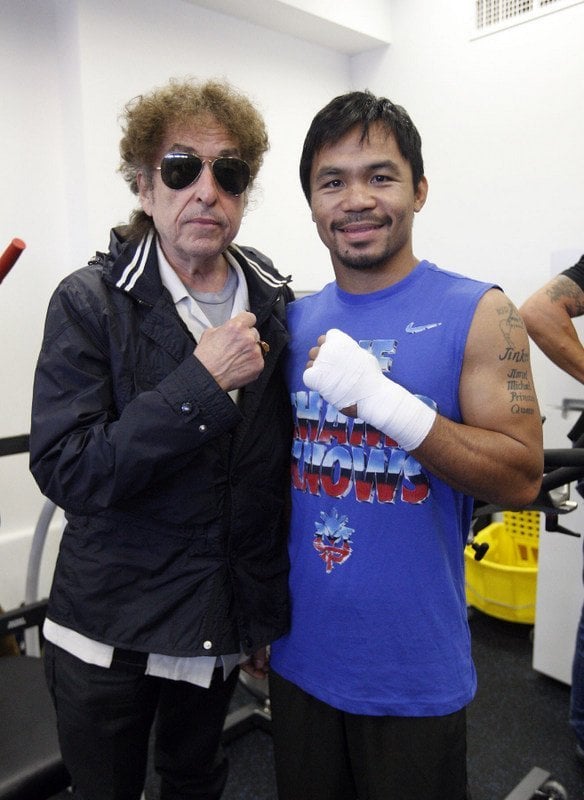 In a recent trip to Freddie Roach’s Wild Card Gym, I was pleasantly surprised to learn of some team changes. As I was talking to some of Manny Paquiao’s fans from Texas, strength and conditioning, Cecilo Flores, walked right by me. I was naturally shocked! This is the man who had been working with Robert Garcia in Oxnard, California. Shocked because I saw him in my last two trips to Garcia’s gym. Is he now working for the rival gym? He sure is. 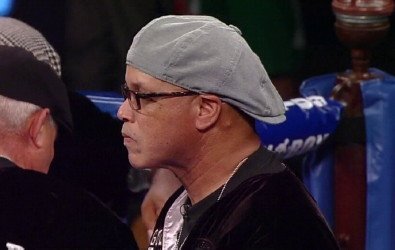 Virgil Hunter began his career as a boxing trainer by coaching youth from probation centers. In order to grow as a trainer, Hunter sought the mentorship of trainers like Bobby Warren, Jimmie Simmons, Charlie Smith, and Tiger Floyd. He has associated himself with the likes of Barry Hunter, Leon Lawson, Tony Morrison, Kevin Cunningham, and Nazim Richardson. Virgil’s growth as a trainer first became evident to me based on the rise of his star fighter, Andre Ward. Virgil’s work with Ward have helped put his name on the map. As a result, Virgil has became the hunted trainer as three big names in boxing have solicited his services in the last 2 years.

This is all important when you think about being at the right place at the right time. However, in the case of Virgil Hunter, that cliche is too simple to describe a man who has worked hard to put himself in the right place at a crucial time in his career. The three boxers are Amir Khan, Alfredo Angulo, and Andre Berto. The first two hired Virgil in the fall of 2012 while the latter hired him in June of 2013. These three, along with Andre Ward are the key ingredients that can elevate Virgil Hunter to 2014 Trainer of the Year. I have been receiving a lot of messages and reading a lot of posts about Floyd Mayweather and Manny Pacquiao finally setting a day to fight in the fall of 2014. The primary source for much of the Mayweather vs Pacquiao hype is the Youtube Boxing channel, 78Sports TV. The Youtube channel garnered reliability based on it’s announcement of Floyd fighting Guerrero and Canelo before these matches became official in 2013. Well, just this week, both Floyd and Pacquiao’s camp have issued statements saying these are all lies. Who are we to believe?

For this fight to happen, a couple of different things need to be played out first. Above everything else, the big ego’s of both camps need to be checked. This has been a problem in the past as both camps demand more money and/or control in dictating contracts. Both are great, I get that. But let’s recall when Floyd offered Manny Pacquiao $40 million for a fight and Pacquiao demanded a 50/50 split. When one comes with an offer, it simply is not good enough because it is coming from the opponent. Both camps like to call the shots and so they refuse to take the back seat to each other. I suggest these two drive a tandem bike or figure a way to be equals for the sake of the fight. Perfect worlds don’t exist though…