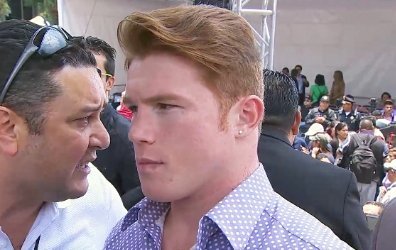 Shaefer took a step in the right direction to break the PPV record with the addition of Lucas Matthysse vs. Danny Garcia to the fight card earlier today. That’s going to help but I’m not sure if it’s going to help enough. 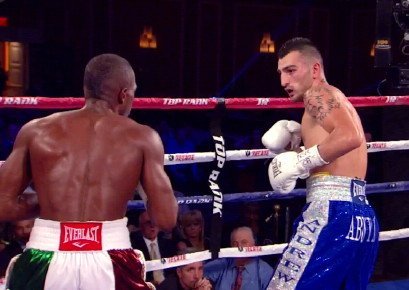 #1 WBO, #5 IBF, #10 WBC, junior middleweight contender Vanes Martirosyan is hoping to get the winner – or loser – of the September 14th fight between Mayweather and Canelo. Martirosyan, 27, thinks he can out-box and stop Canelo, who he hears has problems in dealing with boxers in sparring sessions.

Martirosyan said to esnewsreporting “yeah, I would want to fight the winner. I’ll take the loser too. I’ve heard in sparring he’s [Canelo] not good with boxers. I’m a boxer/puncher. If I catch him, I’ll hurt him. He’s going to get his a** schooled. Mayweather’s going to bring him back to reality. I think Mayweather by decision or knockout. Canelo’s a strong fighter, but I think Mayweather’s too smart.” Freddie Roach doesn’t see the upcoming September 14th fight between Saul “Canelo” Alvarez (42-0-1, 30 KO’s) and Floyd Mayweather Jr. (44-0, 26 KO’s) as being an exciting fight that boxing fans that like action will be pleased with. Instead, Roach sees Mayweather beating Canelo by a decision that is more of a boxing match than a back and forth slugging affair that interests fans.

Roach said in an interview with esnewsreporting.com “I think it’s a very, very good boxing match. It’s not a great fight. I think Mayweather is a beautiful boxer and Mayweather will win a decision in that fight. But people who like action will fall asleep.” Roach says he already has an agreement with Pacquiao that he’ll hang up his gloves when he tells him he’s no longer got it and needs to retire. Roach doesn’t say whether Pacquiao’s promoter Bob Arum of Top Rank knows about this deal or if he’d agree with it if Roach told his #1 money fighter he needs to retire. (Photo credit: Esther Lin/Showtime) Floyd Mayweather Jr. (44-0, 26 KO’s) says he won’t be overlooking the 22-year-old WBA/WBC junior middleweight champion Saul “Canelo” Alvarez (42-0-1, 30 KO’s) in their fight on September 14th despite Canelo being on 22-years-old and not nearly as experienced as Mayweather Jr. as far as important fights go. Mayweather Jr. says he’s taking this fight very seriously and he plans on winning it and then moving onto his last four fights of his 6-fight contract with Showtime/CBS.

Mayweather Jr. said to ESPN in explaining the keys to beating Canelo, “I have to out there and be smart, listen to my father and be the best Floyd Mayweather I can be. He’s [Canelo] young, strong and he wants the #1 spot. (Photo credit: Tom Casino/Showtime) Chepo Reynoso, the trainer for WBA/WBC junior middleweight champion Saul “Canelo” Alvarez (42-0-1, 30 KO’s), thinks Floyd Mayweather Jr’s long reign as the top fighter in boxing is about to end on September 14th when he faces the 22-year-old Canelo at the MGM Grand in Las Vegas, Nevada. Reynoso believes that once Mayweather Jr. has been defeated, Canelo will start his own reign as the top fighter. It’ll be his time.

Reynosa said to Univision “Canelo will win this fight because it’s his time. There is a time of rain and a time of drought and the time of Floyd Mayweather Jr. is over and now follows Saul.”