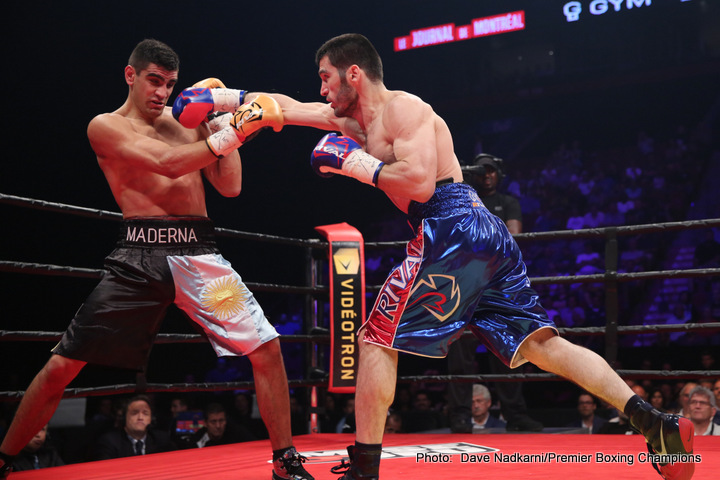 Unbeaten light-heavyweight banger Artur Beterbiev, one of the hardest punchers fighting today, will fight a couple of days before Christmas Day, when he will meet never-stopped Isidro Ranoni Prieto of Paraguay (now based in Argentina) in his adopted Quebec, Canada on December 23. In line to fight the winner of the November clash between Sergey Kovalev and Andre Ward, the 10-0(10) Beterbiev will be having just his second fight of this year. 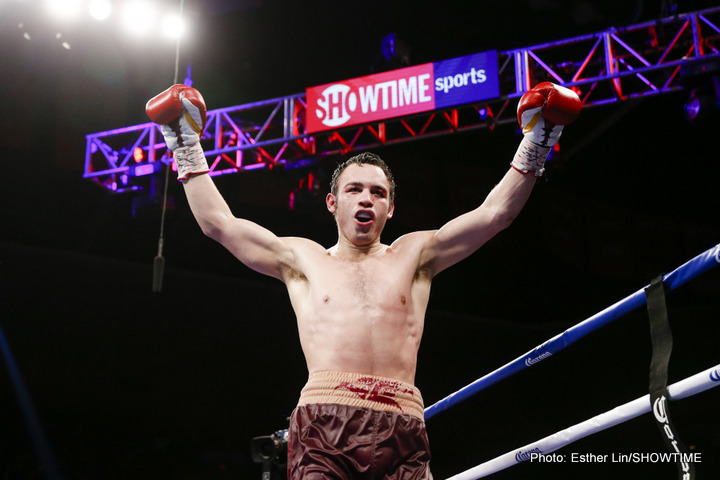 Backed by his new promoters Zanfer, Mexican star Julio Cesar Chavez Jnr is set to return in December against Germany’s Dominik Britsch. Zanfer Tweeted the fight is confirmed for December, but there is no official word yet on either the venue for the fight (expected to be in Mexico) or the weight the fight will be fought at.

Read moreJulio Cesar Chavez Jnr to face Dominik Britsch in December; can “The Son of a Legend” make up for lost time?

With Anthony Joshua’s next fight, set for December 10, still up in the air opponent-wise, a number of name heavyweights are calling for the next shot at the reigning IBF heavyweight title holder. With no decision yet given by the WBA with regards to whether or not the organisation will sanction a Wladimir Klitschko-Joshua fight, promoter Eddie Hearn has already been eyeing potential replacement foes for his fighter.

And two men who have thrown their hat into the ring are Mexican/American Eric Molina, and fellow Brit David Price. At one point in time it looked as though Price and Molina would fight each other on the Joshua under-card in Manchester – and this intriguing fight could still happen – but now both contenders want AJ next.

Read moreEric Molina, David Price gunning for December shot at Joshua; but they may fight each other instead 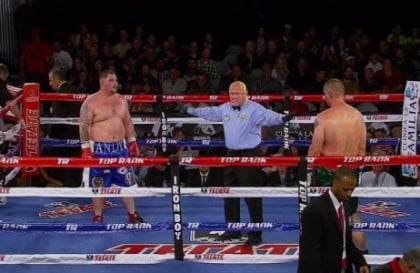 It has been confirmed how the WBO has ordered unbeaten heavyweight contenders Andy Ruiz Jnr and Joseph Parker to fight for the vacant title, with the fight expected to be officially announced for New Zealand on December 10. This news came from Puerto Rico, where the WBO are currently holding their convention.

Read moreJoseph Parker-Andy Ruiz Jnr ordered by the WBO, and the winner must defend against David Haye 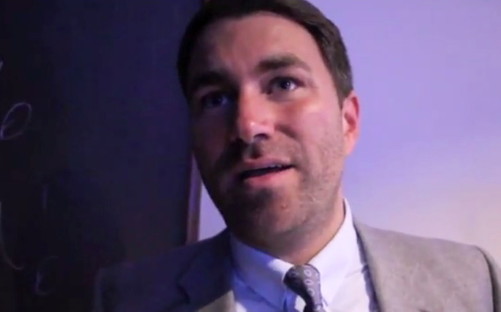 Promoter Eddie Hearn is frustrated right now, and he is not at all convinced the fight that appeared so close to being made – Wladimir Klitschko Vs. Anthony Joshua – will actually happen this December as was planned/hoped. Speaking with Sky Sports this afternoon, Hearn said he is now waiting on the WBA, who will make a decision soon as to whether or not they will sanction Joshua against Klitschko.

Hearn, though, said he is “not hopeful,” and spoke of the growing rumours that suggest “Dr. Steel Hammer” will be back operating against Australia’s Lucas Browne on Dec 10 instead of against AJ.

Read moreEddie Hearn “not hopeful” of Klitschko-Joshua being made, names the other possibilities for AJ on Dec 10 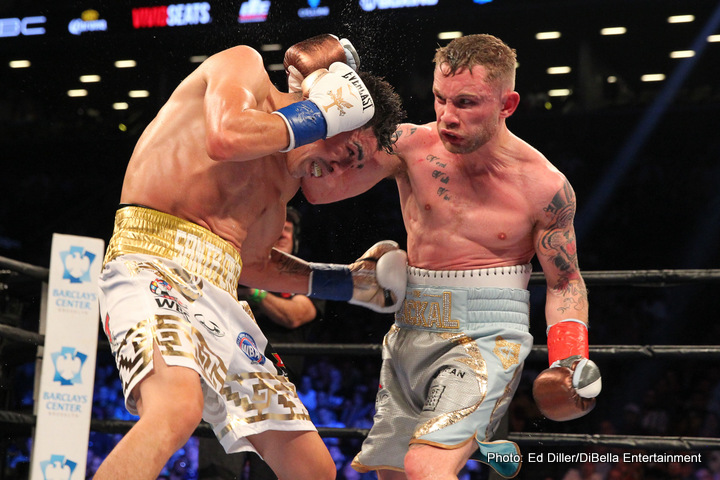 Irish warrior Carl Frampton has Tweeted how his anticipated return fight with Mexican warrior Leo Santa Cruz is a “done deal.” Frampton won the WBA featherweight crown with a thrilling performance in a Fight of The Year candidate in New York in July. Santa Cruz, who, in dropping a majority verdict, lost for the very first time as a pro. A rematch clause was in place, Santa Cruz and his team enforced it, and now the rematch is set to go. 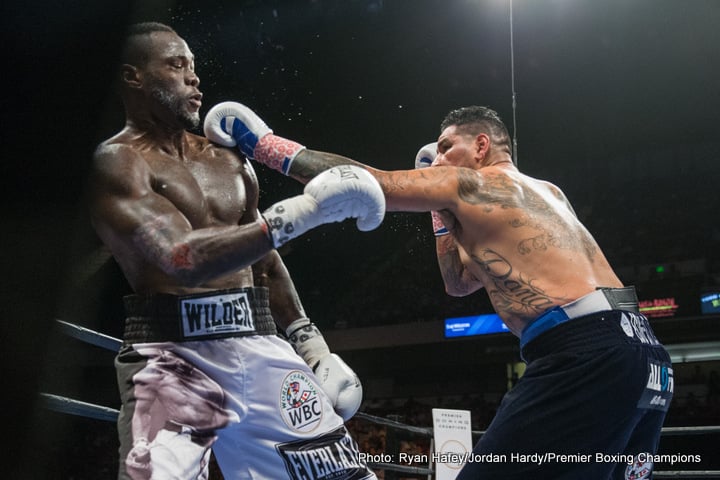 Read moreDeontay Wilder says he would have KO’d the great Joe Louis! 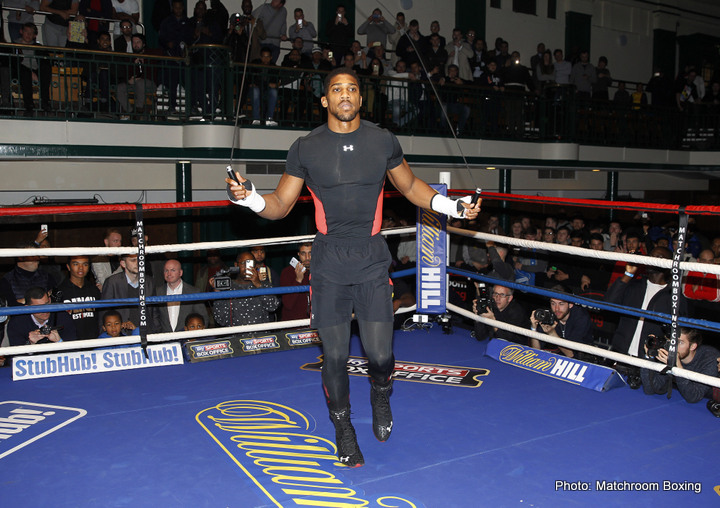 With the seemingly close – in fact, tantalisingly so – Anthony Joshua-Wladimir Klitschko fight now looking doubtful due to the WBA’s indecision on sanctioning the fight, promoter Eddie Hearn has again began looking for the reigning IBF champ’s next challenger. Joshua, 17-0(17) will fight as planned on December 10 in Manchester, “with or without Wladimir Klitschko.”

Read moreAnthony Joshua will box in Manchester on December 10, “With or without Wladimir Klitschko” 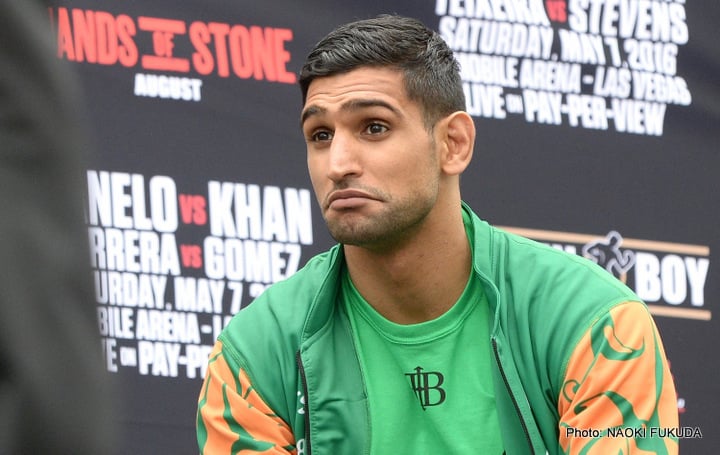 British star Amir Khan once said he would retire at age 30. The former 140-pound king hits 30 this December, yet Khan has plenty of big plans for next year. Speaking with ESPN.com, Khan said he feels he has “about five fights left,” and that he will look to return to action next summer. Khan will have been out of action for over a year by next May – last fighting on May 7 of this year when he was brutally KO’d by the much bigger Canelo Alvarez – but he says he wants a big showdown with either Danny Garcia or Kell Brook next summer. And Khan wants his return to take place in the UK. 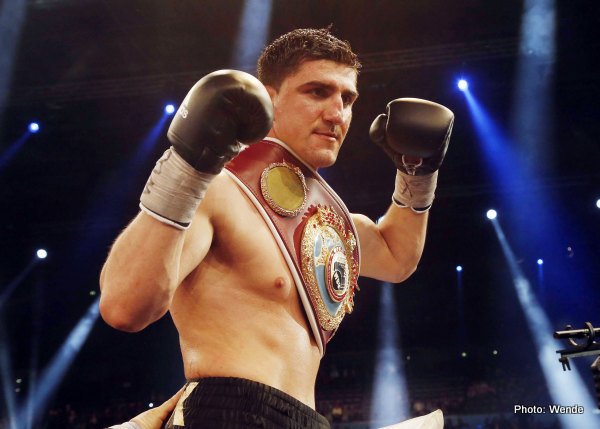