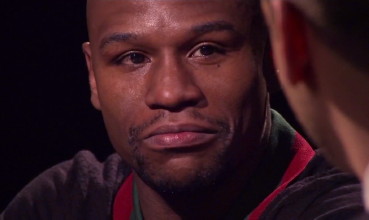 By James Slater – We’re losing Floyd Mayweather Junior, the finest boxer on the planet today; one of the best of all-time. We’re not losing “Money” permanently – at least we hope not – but he will begin an 87-day incarceration and will sit inside a small, basic cell inside The Clark County Detention Centre in Las Vegas tomorrow.

With good behaviour, the sport’s box office king (well over a million buys on his last few pay-per-view fights) will serve considerably less than 87 days; maybe even less than a couple of months. But no-one, not even the 35-year-old megastar who is used to the finer things in life, can possibly know how the jail time will affect Mayweather – how the long, dark, solitary nights will affect his mind, how the forced introspection will bring up who knows what, maybe guilt?

Mayweather insists he is innocent of the charges that have landed him in the cell he will call home starting tomorrow, but only he knows if he is truly innocent. Then there’s the physical side: how will Floyd’s impeccable fitness levels cope without the late night/early morning workouts his body has grown accustomed to? What training, if any, will Mayweather be permitted to do during his enforced exile from civilized existence? What type of food will the man who has everything be given to live on?

Then there’s Floyd’s fellow inmates; how will they react to him during the small amount of time they have to get near him? Will Floyd be in any physical danger whilst in prison?

Right now, although he has remained stoic ahead of his jail term, all these questions and more must surely be spinning through Floyd’s mind. The biggest question/questions we fight fans are asking are, will Mayweather fight again when released, and if so, will he be as good as he was pre-jail? Before the Miguel Cotto fight, Mayweather said he plans to fight until he turns 37; yet after the fight he said retirement without another bout is a real possibility.

When Mayweather comes out of jail, almost certainly a changed person, he may decide to hang up the gloves. Floyd may have a “screw it” attitude when released, picked up due to the bitterness of having served time when being an innocent man, and this may lead him to decide to fight no more. Only time will tell, but in no way is it a dead-cert that Floyd boxes on.

In terms of his legacy, the eight-time champ may feel he’s done enough. Floyd will certainly do a lot of thinking in his jail cell (what else will he have to do?) – and he may feel he has boxed his way into immortality and need no longer risk his health in the ring.

The jail term he begins tomorrow really could, and really should, be a life-changing experience for the best fighter in the world.