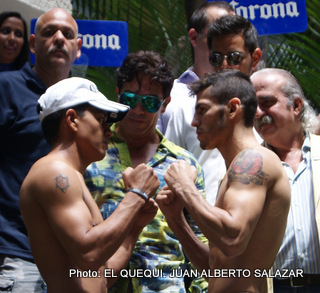 This 12 round lightweight clash, which is presented by Golden Boy Promotions and Pepe Gomez Promotor Deportivo and sponsored by Corona, Oasis Cancun, Periodico QueQui, Cancun Tourism and Quintana Roo Tourism will take place at the Oasis Cancun in Cancun, Mexico.. The Televisa broadcast will air on Canal 5 and begins at 10:30 p.m. CT. Doors open at 6:00 p.m. CT and the first fight begins at 7:00 p.m. CT. 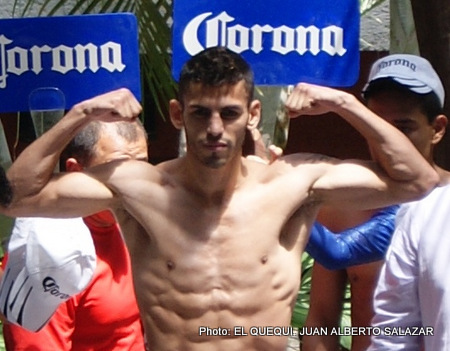 Venezuelan star Jorge Linares (31-2, 20 KO’s) has done a lot in his nearly decade-long run in the sport, winning world titles at 126 and 130 pounds while defeating a star-studded list of standouts that includes Oscar Larios, Rocky Juarez and Jesus Chavez. Yet amazingly, the Barinas native is only 26 years old. The winner of four of his last five bouts, with his only loss coming in a World Boxing Council (WBC) Lightweight Title fight against Antonio DeMarco that he was winning on the scorecards when the fight was stopped due to cuts Linares had suffered in the fight, Linares is ready to begin another title run and the road to the championship begins on March 31. 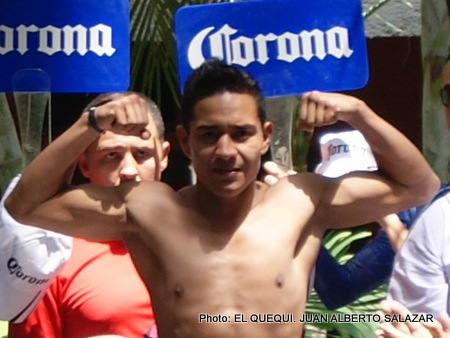 Cancun’s own Sergio Thompson (21-2, 19 KO’s) has long been considered one of the Mexican boxing scene’s unsung heroes, and on March 31 he gets his chance to shine on the big stage against one of the game’s best in Jorge Linares. A WBC Mundo Hispano and WBC Fecarbox champion who currently sports a seven fight winning streak with six knockouts, Thompson is confident that his power and determination, as well as the energy he will get from his hometown fans, will lead him to the biggest victory of his career.