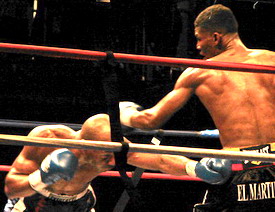 21.02.09 – By Ron Scarfone at ringside – The boxing event at the University Center Arena in Davie, Florida was labeled as “The Gunslingers” because of Davie’s past history of being a Western town with cowboys, horses, and cattle. However, for the main event, the fight could have been called “The Gumslinger” for what Humberto Toledo did to Breidis Prescott’s shoulder. Prescott is from Colombia and gained prominence by knocking out lightweight contender Amir Khan of the United Kingdom in the first round last year. The undefeated Prescott is now ranked in the top 15 of the lightweight division by the WBC, WBA, IBF, and WBO.

Prescott had a significant height and reach advantage over the veteran Toledo. Prescott’s straight right knocked Toledo into the ropes in round five and Prescott scored a knockdown in round seven.. The referee deducted a point from Toledo in round eight for hitting while holding. As the fight was nearing an end in the tenth and final round, Prescott gestured to his left shoulder area. At first, it seemed as if the referee was not sure what had happened. People who did not see the bite may have thought that Prescott dislocated his shoulder. The referee waved off the fight at 1:58 and Prescott was ruled the winner by disqualification. Prescott remains unbeaten with a record of 21-0, 18 KOs whereas Toledo falls to 34-6-2. 20 KOs.

Yuriorkis Gamboa (14-0, 12 KOs) of Cuba continues his meteoric rise to the upper echelon of the featherweight division with a win by KO in the first round over Walter Estrada (35-9, 24 KOs) of Colombia. Gamboa is ranked No. 2 by the WBC, No. 3 by the WBA, No. 6 by the WBO, and No. 8 by the IBF. Known as “El Ciclon” which means “The Cyclone,” Gamboa was like a cyclone leaving a path of destruction as he destroyed the southpaw Estrada in just 35 seconds of the first round with a whirlwind of fistic flurries. The fight ended so quickly that I was unable to take any photos of it.

Erislandy Lara (4-0, 3 KOs) defected from Cuba like his fellow countryman Gamboa. Lara also won by knockout in the first round on this fight card by defeating Keith “The Kid” Gross (3-1, 1 KO) of Maryland. The junior middleweight Lara scored two knockdowns and referee Telis Assimenios stopped the bout at 1:09. Lara won by TKO and Gross is no longer undefeated. 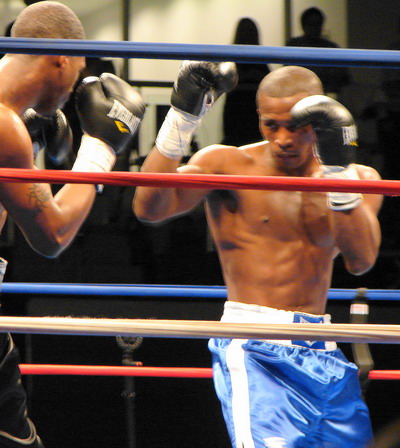 Edward Paredes (21-2, 13 KOs) of Hollywood, Florida won by unanimous decision over Joshua Onyango (14-17-1, 11 KOs) of Trenton, New Jersey. Before the bout, the ring announcer declared that Onyango had 31 professional bouts. This is done in order to not reveal a mediocre record. However, Onyango showed that records do not tell the whole story because he was tough and durable throughout the fight. Furthermore, he has fought world class opposition such as Carlos Quintana and Yuri Foreman. Paredes was effective with his arsenal of punches, but Onyango weathered the storm and kept coming in for more. Onyango fought back valiantly, but Paredes knocked him down in the sixth and final round. Onyango got back up and survived the round. The judges scored it 59-54, 58-55, and 58-55. 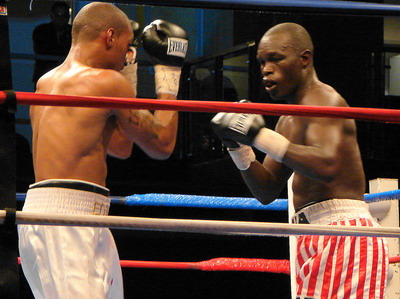 Garbey dominated from the beginning with his left jab and straight right, although Sheppard had his moments. Garbey knocked Sheppard down once in round three and twice in round four to secure the victory. All three judges scored the bout 40-33. 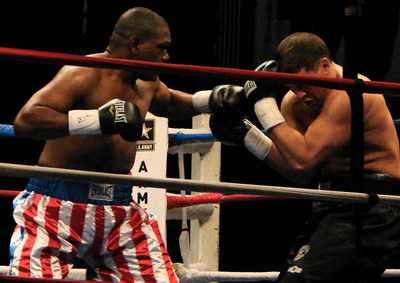 The other heavyweight fight featured Erik “The Viking” Leander (6-0, 5 KOs) of Boca Raton, Florida winning by TKO over Bobby “Bobo” O’Bannon (3-2, 3 KOs) of Mobile, Alabama. Leander had the words “Brawl and Maul” on his trunks and that is exactly what he did. Leander scored two knockdowns by two right hands and referee Tommy Kimmons waved off the fight at 59 seconds of the first round. 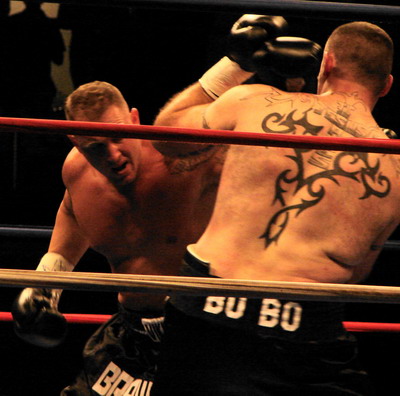 This fight card was presented by Arena Box Promotions and Elite Promotions.