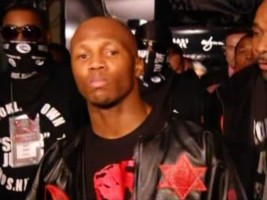 By: Phil Santos – Overhandright.com: His name still holds weight. He was once a solid champion who possessed three World Titles (WBC, WBA & IBF) and was widely considered to be the best Welterweight on the planet. Those days seem like a distant memory. Since losing to Carlos Baldomir the once “Super” Zab Judah has been recast as a marquee name no longer capable of beating the top fighters in his weight class.

Much like the man he accompanied to the ring as a youngster Judah’s future as a fighter seems to closely mirror that of Mike Tyson. Now before I get too far ahead of myself I want to make myself clear. It is my opinion that Zab is still a solid top ten Welterweight, a claim that at the end could not be made by Iron Mike. It is also apparent that Judah wishes to continue fighting and badly wants to reestablish himself as an elite fighter, another assertion that doesn’t jive with the end of Tyson’s career. In those ways they are different..

The parallels that I draw between Judah and Tyson are these:

In the time following their peaks they both experienced severe breakdowns. Tyson spent time in prison having been found guilty of rape and Judah had his boxing license revoked following a near riot during his loss to Floyd Mayweather Jr. Neither fighter could ever be considered composed under pressure as witnessed during Tyson vs. Holyfield II when Tyson bit off a piece of the Champions ear while trying to avenge a TKO loss in his last fight with Evander. Judah has also lost his cool when faced with adversity within the ring. After referee Jay Nady opted to stop the fight between Judah and Kostya Tszyu, Judah flipped throwing a stool across the ring at Nady and held his glove under Nady’s chin before being restrained by security and police.

Both the careers of Tyson and Judah seemed to be spiraling downward before their unwanted layoffs from boxing and when they returned they were never the same. Tyson suffered his first to Buster Douglas then rattled off four wins before being sentenced to prison. Upon his return he earned some solid wins but he failed to recapture his position as the premier Heavyweight losing to Evander Holyfield twice and Lennox Lewis before hitting rock bottom and being knocked out by Danny Williams and Kevin McBride. Since returning from his suspension Judah has compiled a 2-1 record with 1 no contest. His victories have come against journeymen Edwin Vazquez and Ryan Davis. His loss came when he faced off against Miguel Cotto for the WBA Title. Judah earned the respect of fans with his effort but none the less was TKO’d in the 11th.

Onto the upcoming Shane Mosley vs. Zab Judah contest scheduled for May 31st. You can’t fault Judah for taking this opportunity against Mosley. Both men are coming off recent losses to Miguel Cotto and both are in need of a big name victory to re-enter the Welterweight title picture. The fight makes sense however it is Mosley who holds the clear edge. Mosley has never been knocked out, possesses just as much speed as Judah and has always packed more power. The deck is completely stacked in favor of a Shane Mosley victory. Judah deserves props for stepping up to the challenge and for that matter he has never been one to shy away from a tough fight.

While attempting to assess exactly what Judah must do to be successful against Mosley I have come to only one conclusion…I cannot envision a scenario in which Zab Judah wins this fight. Mosley holds the edge in ever important aspect imaginable with the exception of youth. And while youth can play a major role in our sport Mosley gave Cotto all he could handle en route to dropping a decision loss while Judah fought well but was worn out and eventually stopped in their bout.

I expect Judah to score early before being worn out by Mosley. Given his big fight experience and success along with his superior punching power and equally quick hands Mosley should stop Judah some time around the 9th or 10th round. This looks to be another entertaining fight for fans despite the relatively obvious outcome.