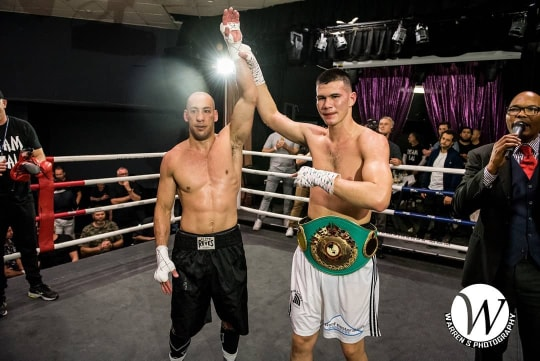 Reagan Dessaix continued to show why he is far beyond his years as he dispatched of Aaron Lai in the fourth round of their OBPF Light Heavyweight title fight at the Paddo Rugby League Club, Paddington last weekend.

Dessaix competed in his third title fight of the calendar year, with his only loss coming in extremely controversial fashion on away soil to former world champion Blake Caparello.

Since the Caparello fight, the 23-year-old Dessaix has won back to back titles via stoppage victory and ‘The President’ discussed his latest victory.

Dessaix said, “Firstly I would like to thank my manager Tony Tolj for getting me this opportunity and once again progressing me up the rankings in various governing bodies which was my goal for the year. I want to be a world champion so my focus has been to push up the world ratings and Tony has really done his best to make that happen.

“I was happy with my performance and happy to get another stoppage victory against a strong opponent. It was nice to pick up another prestigious title and hopefully, this opens me up for some more big fights in the latter end of the year/early 2020.”

Dessaix has already made waves in the professional ranks for someone who still falls under the ‘youth’ category with all of the world’s governing bodies. The Queensland native opened up on what he foresees for himself in the latter stages of the year and into 2020.

He said, “I want to continue progressing up the world rankings but I firmly believe I am ready for big fights. I proved that against Caparello and I would love that rematch but I don’t see it happening.

“I want to win more titles and want those big fights. I’d love to go and box abroad, somewhere like the United States or Europe and challenge myself against the best, I believe that is the natural next step and I believe I have the team to take me there”