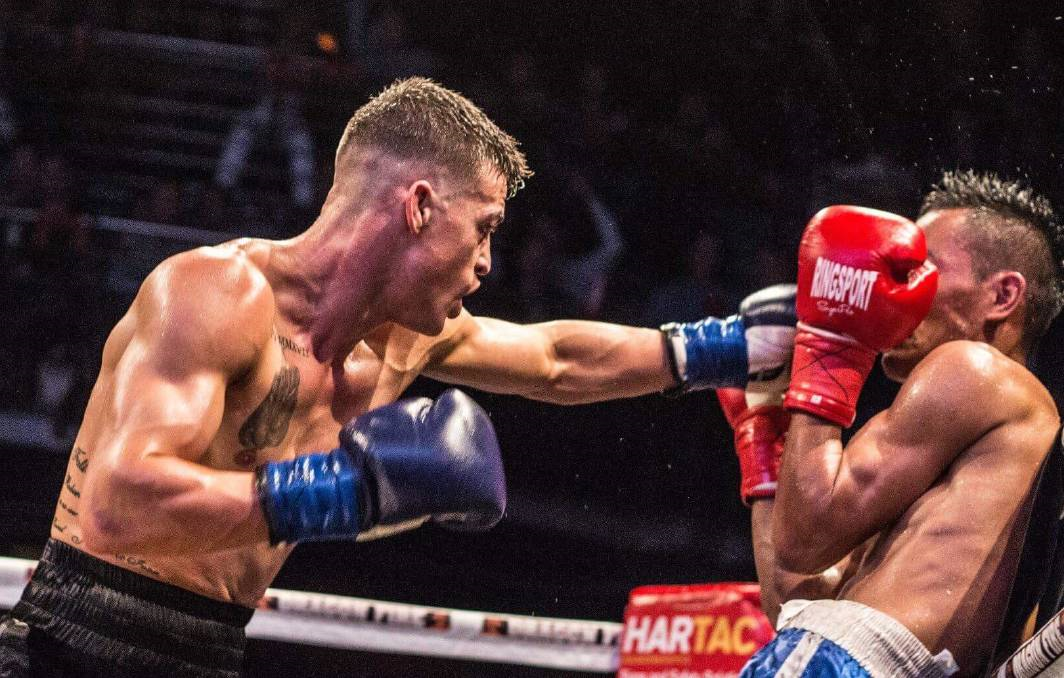 Mandurah boxing sensation “Action” Jackson England will be keeping a keen eye on the bout between rising Aussie stars Mark Schliebs and Brock Jarvis next month, as he eagerly awaits the chance to call out the victor.

A fight between the two rivals has been keenly anticipated by boxing fans across Australia, with Jarvis and Schleibs respectively trained and or mentored by Australian legends Jeff Fenech and Lester Ellis.

Jarvis heads into the IBF intercontinental featherweight title bout unbeaten through his first 17 fights, while Schliebs is also yet to record a loss through 12.

But no matter the result, England is confident he could hand both their first indiscretion.

“I’ve got big respect for both of these guys, but I know it in myself that I could beat either one,” the WA prospect said.

“I know what I’m capable of doing and I’m always fight ready.”

Staying fight ready has formed the crux of England’s 2020, with the COVID-19 restrictions and late cancellations making it near-impossible for the young gun to lock in fights.

He has seen two would-be opponents pull out of bouts in recent times, and is now looking to build domestic rivalries with eastern states fighters like Jarvis and Schliebs.

“You look back on the great Aussie rivalries and they’re just amazing,” England said.

“Mundine v Green is the obvious one – the way they went about their business and the fights they had, it was just first class.

“Like I said, I have no animosity to either Jarvis or Schliebs, but I know I can win those fights.”

It’s a goal he edged even closer to this year, when he was named to the World Boxing Council super featherweight top 40 in July.

The Western Australian -based prodigy was thrilled upon finding out about his new world ranking.

“I checked Facebook and saw that I had been tagged in a bunch of stuff about world rankings, and then I just couldn’t believe it when I saw my name in the top 40, that’s why the manager is the best in the World,” he said.

“That’s a legitimate world ranking from a very high sanctioning body of the sport – to think about that is just insane.

I’m not afraid to fight anybody.

At just 22 years old, England has already made a name for himself on the global scene with 12 wins from his 13 bouts.

Now his top 40 rankings are set to open further doors.

Bigger opponents, bigger fight cards, and more eyes on his bouts can be expected in the rising star’s near future.

“It’s exciting because now you never know when someone in the top 20 or maybe the top 15 might take a look down the list and say they want to fight me.

“I’m not afraid to fight anybody, so if that opportunity comes, I’ll be ecstatic.”

But England’s return to the ring could still be some time away, with WA’s professional boxing scene still up in the air due to the coronavirus pandemic.

“I love boxing and I love putting on a show, so it’s been a frustrating few months,” he said.

“But that’s just the way of the world at the moment. All I can do is train hard and be ready when we get the green light to fight again.

I have huge respect and admiration for the Moloney brothers and they are prime examples of what can happen and we have the same manager and The Tolj never ceased to amaze everyone in the country what he can do. I’ll make sure I’m just a phone call away”