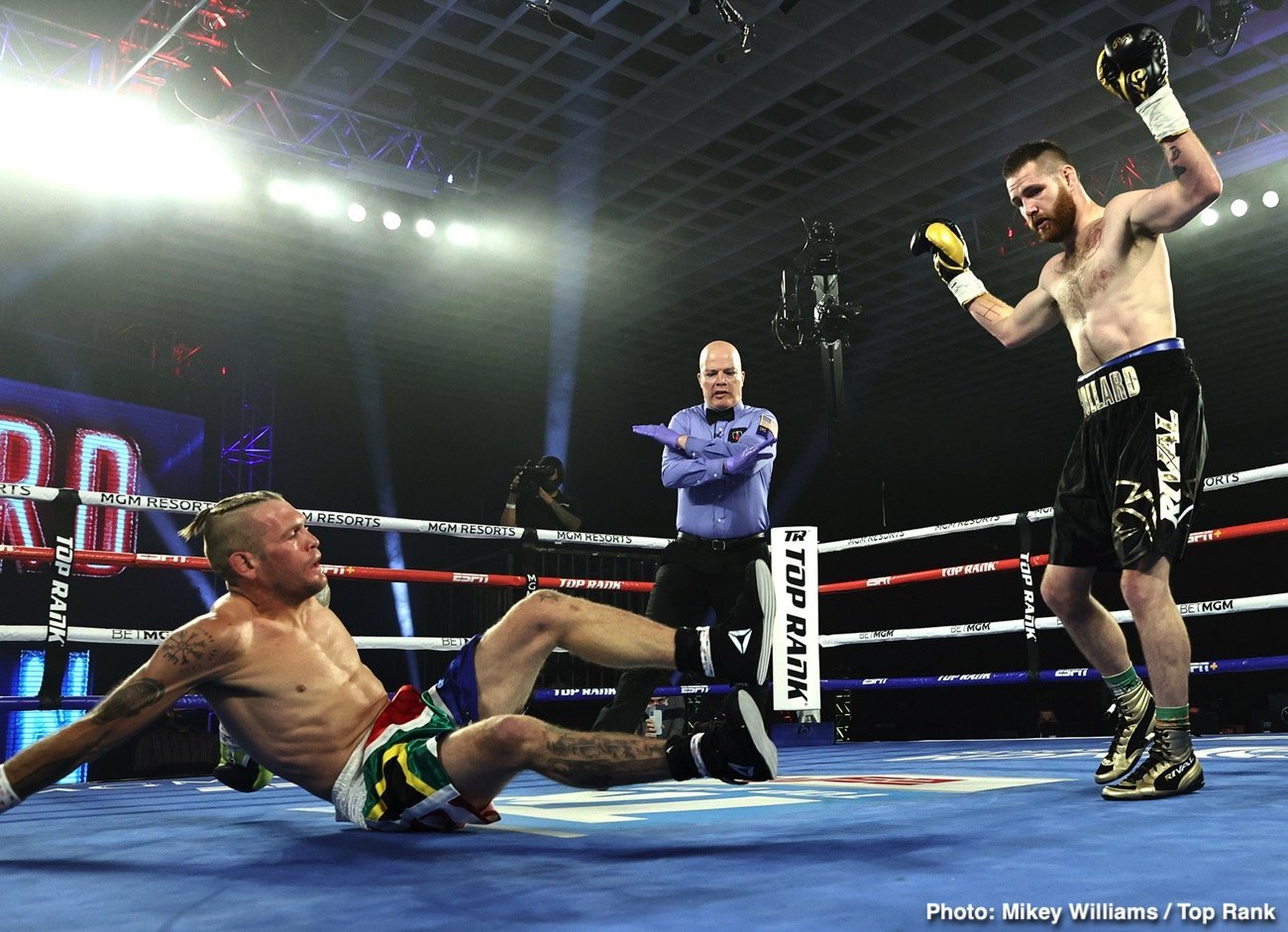 Mayer had been out of the ring since October 26, as she and Joseph were scheduled to fight June 9. A positive COVID-19 test for Mayer delayed the fight, but she scraped off the ring rust and put forth a dominating performance over the two-time world title challenger.

Following the bout, Mayer received a word of encouragement, and a promise, from Bob Arum.

“Bob said, ‘Great fight,’ and that the next one will be for the title,” Mayer said. “We’ve been trying to get a world title fight for a while now. I said, ‘Don’t let Eddie Hearn {outbid} us.’”

“I showed my boxing skills in there tonight. I’m unorthodox, but I get the job done,” Collard said. “As soon as Top Rank wants me back, I’ll be ready. Next month on ESPN, let’s go!”