Overall, Khan showed little in the way of improvement over his losses to Danny Garcia, Lamont Peterson and Breidis Prescott. There’s nothing in Khan’s performance tonight that suggests that the outcome would be any different if he were to face Danny Garcia for a second time, and if Golden Boy Promotions were smart they would forget all about that fight. Khan doesn’t have the chin to stand in with Garcia for a second time, and the other light welterweights like Lucas Matthysse would destroy him. I think Khan’s chin may have been compromised in his loss to Garcia last year.

Golden Boy needs to match Khan up with guys that he can beat because he’ll get destroyed if he faces Matthysse or Garcia, and I can see Lamont Peterson beating him again even with Khan using his shoving and pulling down on the head technique.

Undefeated heavyweight knockout artist Deontay Wilder (28-0, 28 KO’s) never even gave 41-year-old Audley Harrison (31-7, 23 KO’s) a chance tonight in blowing him out in the 1st round.

The 6’7″ Wilder hurt Harrison with the first right hand he threw. Wilder then followed it up with a blizzard of punches that sent Audley down in the corner. Deontay kept throwing punches even after Audley went down to one knee. It was fortunate for Deontay that he didn’t connect with any of his shots once Audley was down because he might have been disqualified.

A badly hurt Deontay made it back to his feet but referee Terry O’Connor chose to halt the fight after seeing that Audley was unsteady on his feet. The fight was officially stopped at 1:10 of the round.

Audley claimed that he had taken a knee and that Wilder had kept punching him while he was down, but it looked like the shots that connected on Audley were thrown while he was still on his feet.

Afterwards, Deontay sang a song during an interview and called out British heavyweight Tyson Fury. Deontay said: “Fee fi fum fum, I’m the man with the right hand bomb. Tyyyyson Fuuuuury. Oh where oh where, oh where can he be? For he the next man that I wanna see. Sheffield, England, do you agree?” 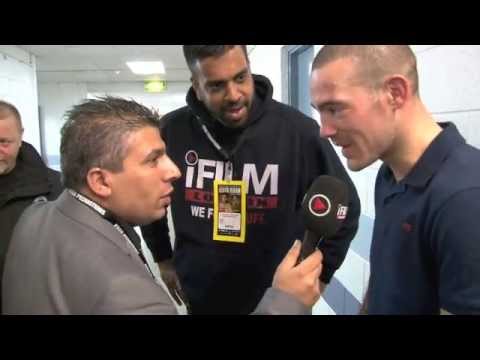 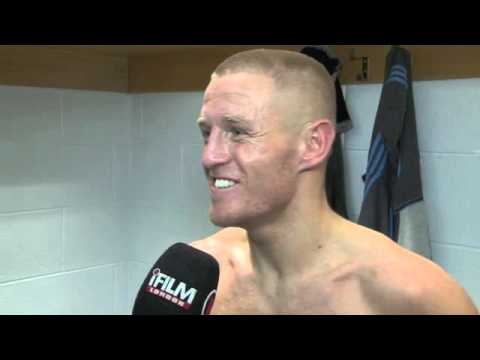 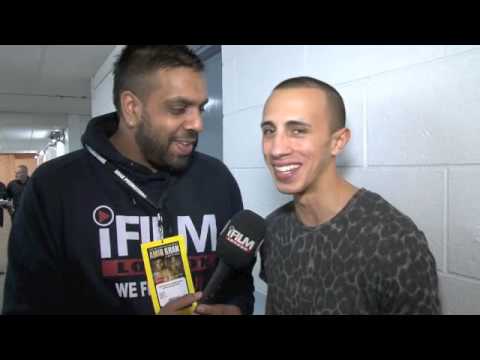