British cruiserweight Chris Billam-Smith delivered an astonishing knockout one minute and 52 seconds into the 5th round of his fight against explosive Albanian Armend Xhoxhaj to solidify his claim to a world title shot in 2023.

Billam-Smith finished the fight with a vicious combination of punches that started with a perfect right uppercut that rocked Xhoxhaj and left him vulnerable to the flurry of formidable hooks that dropped him to the canvas and ended the fight. 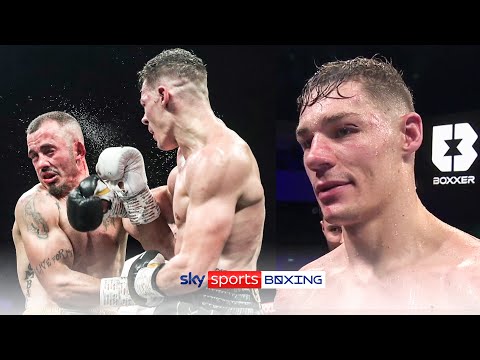 Xhoxhaj fought with speed and aggression from the very first bell, causing Billam-Smith some serious problems in the first two rounds of the fight where he landed a lot of powerful shots that more than earned Billam-Smith’s respect.

However, Billam-Smith remained calm and composed to start to take control of the fight from the 3rd round onwards, growing in success from then until the knockout that ended the fight.

Billam-Smith now looks set to challenge for the world championship in his next fight, and if he can deliver a performance similar to the incredible one he gave tonight; Chris Billam-Smith should be a Cruiserweight World Champion in 2023. 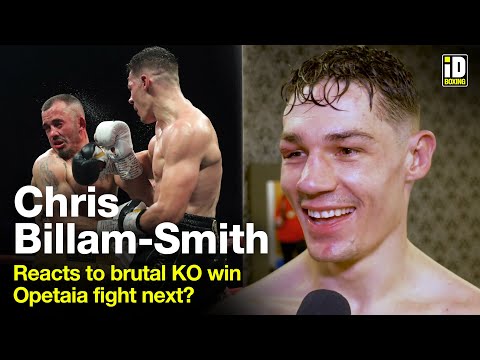 Azeez kept a strong pace across the fight, methodically breaking down Fielding’s defenses across the rounds, winning every single round and scoring a knockdown in the dying seconds of the 7th to set up his stoppage.

‘Super’ Dan Azeez can now look forward to potentially winning the European Championship, winning the British title outright, or even towards his high ranking with the WBA for a potential World Championship challenge.

‘Sweet’ Caroline Dubois unleashed a savage 1st round demolition job on an opponent that had never been stopped before in multiple 10 round fights. The former Team GB Olympian pushed Sofia Rodriguez into the corner of the ring with her jab and then unloaded a barbaric cascade of hooks that rocked Rodriguez and forced the referee to stop the fight in just one minute.

Dubois has looked utterly unstoppable in the four fights she’s won by stoppage since her professional debut, and took another step up in this fight that she showed herself to be more than equal too. If any prospect in world boxing looks certain to win multiple world titles in future, then that person is Caroline Dubois.

41-year-old Jimmy First took an upset points victory over Cori Gibbs in a fight that was scored a draw before point deductions due to a troublesome gum shield for Gibbs. The fight was razor close and many thought Gibbs had done enough to take the victory despite deductions. Both men came forward for all eight rounds and gave absolutely everything to try to take victory.

The fight was fought at long range for large swathes of the fight, but Gibbs and First both were happy to trade as they tied up and fire off any short shots they could. Cori Gibbs will feel aggrieved to have not taken the decision on the referee’s scorecard, but will have plenty of opportunity to come again in future.

Steven Robinson took a stunning comeback victory in a brutal heavyweight war with undefeated Scottish Champion Nick Campbell. Campbell landed a series of brutal right hands across the first three rounds, and used his cannon-like jab to ping Robinson’s head back. However, the Newcastle native showed strong composure and shot-selection to land a ferocious left hook to the temple of Campbell early in the fourth round that sent him tumbling to the canvas.

Robinson then broke Campbell down across the round, landing clubbing shots while remaining mobile enough to avoid Campbell’s offense in return, scoring another knockdown and finally forcing the referee to stop the fight and give Robinson an incredible victory after looking finished in the fight after 3 rounds.

Bournemouth’s own Lee Cutler took his second victory of the year in front of his adoring hometown fans in a forceful points victory over a 50+ fight veteran in Joel Julio.

Cutler put on a much more measured performance than in his previous outing in July; managing the fight self-assuredly and refusing to be drawn into pointless brawls that could have led to a devastating upset defeat. Cutler has now claimed five victories back-to-back, and looks set to keep winning in 2023.

McKinson was pushed throughout the fight, but was too sharp for his opponent, landing some excellent counter-punches across the fight. McKinson will now look to the very top of the UK’s Welterweight division for opponent’s, having tonight shown that he’s earned his place there.

Mace Ruegg racked up the 8th straight victory of his professional career in a flawless points victory over Jahfieus Fahre, where Ruegg managed distance to perfection and consistently landed shots on a game opponent in Fahre without allowing himself to be hit by anything in return.

Ruegg stayed laser-focused across the four rounds and looked capable of boxing for another four without incident when the final bell rang. Ruegg, who is now 8-0 at only 22 years old, certainly looks one to watch for the future.

A perfect debut for the hugely exciting prospect Harvey Lambert kicked off the night’s action. Lambert looked totally confident in the first professional round of his career, finding his range and landing multiple shots in the first round, before calmly reacting to Sebastian’s Wojtan’s aggression with a beautiful left hook that knocked down Wojtan, and a stunning two-punch combination sent him back to the canvas and forced the referee to stop the fight.

Lambert was a highly-touted Team GB amateur who many were expecting to push for a spot at the 2024 Olympics, but he made a huge statement in his first contest in the professional ranks, and looks set to storm through the ranks fast.