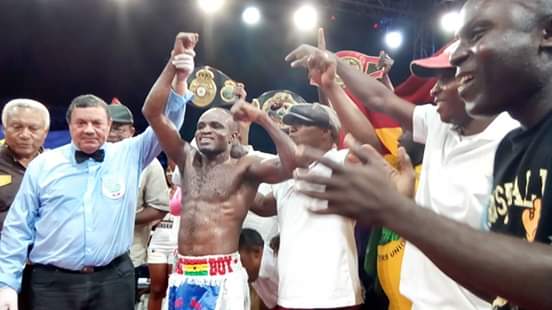 Highly decorated Tagoe who has won 29 straight fights since losing on debut in June 2004, jumps up to number 8 lightweight on the back of defeating Namibia’s former WBA world champion, Paulus Moses in Accra on October 20. Tagoe recently signed with DiBella Entertainment who announced that the 29 year old will soon relocate to the US but the boxer who is also rated number 12 by the IBF, is already slated to defend the WBO Africa title alongside unification for all of WBO Global and IBF international lightweight belts against Vyacheslav Gusev of Russia in Accra on January 26 next year.

Another Ghanaian boxer in the WBO lightweight world rankings is number 7, Richard Oblitey Commey (27-2, 24 KOs), the IBF number one ranked contender who fights number 3 Isa Chaniev of Russia for the IBF world title in February 2019 and is also rated number 2 by the WBC and also fights out of the DiBella Entertainment stable.

Young Wasiru Mohammed (12-0, 10 KOs) debuts in the world rankings at number 14 to the junior featherweight title currently held by countryman, Isaac ‘Royal Storm’ Dogboe (20-0, 14 KOs). Mohammed defeated hitherto champ, Isaac ‘Golden Eagle’ Sackey, also of Ghana to annex the regional belt, albeit controversially after their October 13 fight ended in chaos when the referee stopped the fight abruptly in round 3 following a thunderous knockdown inflicted on Sackey by the powerful right hand of Mohammed. 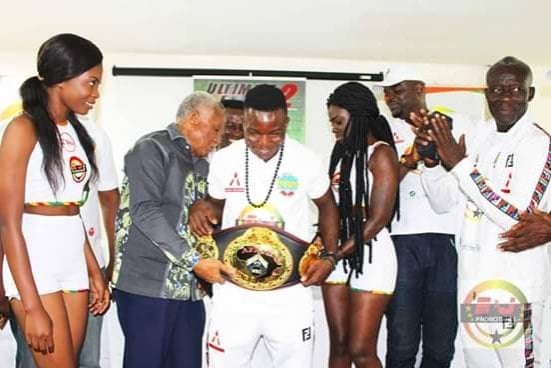 Also moving up is WBO Africa junior middleweight champ, Patrick Allotey (39-3, 30 KOs) who is now number 12 in the world ahead of his second title defence against Sherif Kasongo of DR Congo in Accra next month, WBO Africa super middleweight titlist, Emmanuel Martey (14-0, 10 KOs) also moves up to number 12 in the world rankings to the title held by Gilberto Ramirez of Mexico whilst Richard Harrison Lartey (13-1, 10 KOs), the WBO Africa heavyweight champ remains number 13 in the rankings to the world title held by Anthony Joshua.