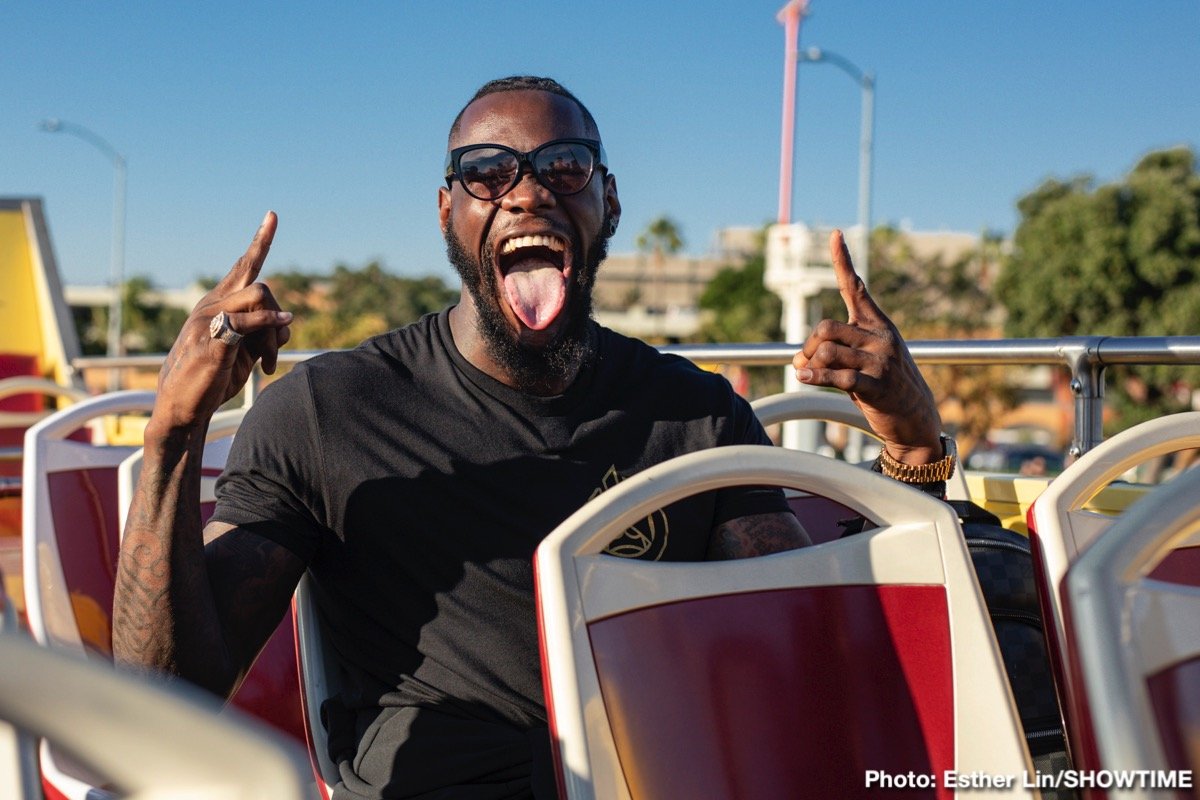 Deontay Wilder is still hopping mad over how Anthony Joshua lost to Andy Ruiz on Saturday night, perhaps due to how he has likely seen a $50 million or so payday vanish forever. But the WBC heavyweight champ says the real reason he is so angry, is because Joshua “quit” against Ruiz. This, Wilder told 78 Sports TV (as picked up by Metro) is the biggest sin a fighter can commit.

Wilder spoke of the times he has overcome adversity in the ring and he insisted that he himself would never quit in any fight.

“We’ve been trying to tell you, we’ve been trying to make this fight so long and now we see why they’re running,” Wilder said of Joshua and his team. “He’s not a true champion. What kind of mother******* true champion quits!? You don’t quit in boxing, that’s the worst thing you can do. No Mas. Quit. Now we know who he was running from. Now we know. I am so upset. Not because this man lost, but because this man quit. This is the number-one rule in boxing. You know how many times I came into a fight injured? You know how many times I’ve boxed with a broken hand? How many times I’ve boxed with a torn bicep? How many times I’ve fought with a third degree burn? Not once did I quit.”

Wilder stated more than once that his mental strength is what separates him from “these other guys.” For us fans, it is a shame we will now never see an unbeaten Wilder against an unbeaten Joshua. But is it fair to say AJ quit on Saturday night? It’s true Joshua did not walk forward when the referee asked him to do so, but perhaps he was unable to, his legs gone. And Joshua did say yes when he was asked if he wanted to fight on; even if he didn’t come across as overly convincing.

Joshua got up from four knockdowns and he tried to fight back when he could. It seems too harsh to call him a quitter. Still, Wilder was never going to say anything good about Joshua, was he? The big question now is, can Joshua come back and get revenge over Ruiz? And if so, will the mega-fights with Wilder and Tyson Fury still happen?

If, however, Ruiz beats Joshua a second time, maybe he will end up facing Wilder (like him an Al Haymon fighter) for the undisputed belts. Ruiz really did shake up the division with his seventh-round stoppage win.