What a final few months of heavyweight action we could get here in 2022. With the return of former WBC heavyweight ruler Deontay Wilder, we now have, after Saturday night’s big one in Saudi Arabia, three intriguing heavyweight bouts to look forward to: Andy Ruiz-Luis Ortiz on September 4, Joe Joyce-Joseph Parker on September 24, and then Wilder’s ring return, against Robert Helenius, on October 15.

And Wilder, appearing on yesterday’s PBC podcast, gave his prediction on two of these fights: Usyk-Joshua II and Ortiz against Ruiz. Wilder could be facing Saturday’s winner one day down the road, so of course he has massive interest in the rematch. 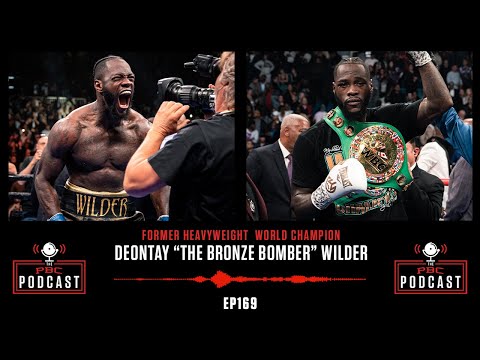 “My honest opinion is that it depends on [Usyk and Joshua]. A lot of time has passed. A lot of time has been given to strategising for the second time around,” Wilder said. “It’s all going to be up to those two guys. My heart says Usyk – easily. He’s got the momentum now, and how he was able to do it the last time around. But this is boxing, and you never know how it’s going to pan out. I with them the best of luck and hope they get out of the ring just like they came in – safe and sound.”

As far as old foe Ortiz against former champ Ruiz, Wilder is predicting Ortiz to win “in devastating fashion,” and he said he and Ortiz could meet for a third time down the line.

“My money and heart are on Ortiz,” Wilder said regarding the September 4 clash. “It’s unfortunate that he’s had lesser opportunities. He had the skill, hard work, and heart. He’s determined and motivated. Fighting him twice, we have built a brotherhood and very strong relationship with each other. It’s amazing what boxing can do. They can make you enemies or make you love each other. I’m always going to root for him, but I’m also a realist. I do see Ortiz winning this fight in a devastating fashion, and controlling the action. A lot of people look at his age – but I’m looking forward to seeing him do great things. If he continues to do great things, we might see Ortiz versus Wilder III. So let’s go Luis. I don’t think anyone would deny that.”

If Ortiz can beat Ruiz, especially in devastating fashion, “King Kong” will be knocking on the door for a massive fight. But would we really want to see Wilder-Ortiz III? Wilder against Ruiz would be more interesting at this point, and Wilder says this can happen too.

“If Ruiz wins (against Ortiz), it’s not if, it’s a matter of when,” Wilder said in regards to himself facing the Mexican-American. “It’s the same for any of the guys in the [PBC] stable. That’s just the bottom line. I’m in the business of giving fans great fights.”

Wilder sure does seem to have retained the passion and the excitement and who out there isn’t glad to see him back! First up it will be Helenius, this being a fight some see as dangerous for Wilder, and then, who knows? But this much we do know – Wilder against Usyk, or Joshua, or Ruiz, or even Ortiz again, would equal big and attractive fights.

Can Wilder, 42-2-1(41) get back to icing guys the way he was accustomed to before he ran into Tyson Fury three times?