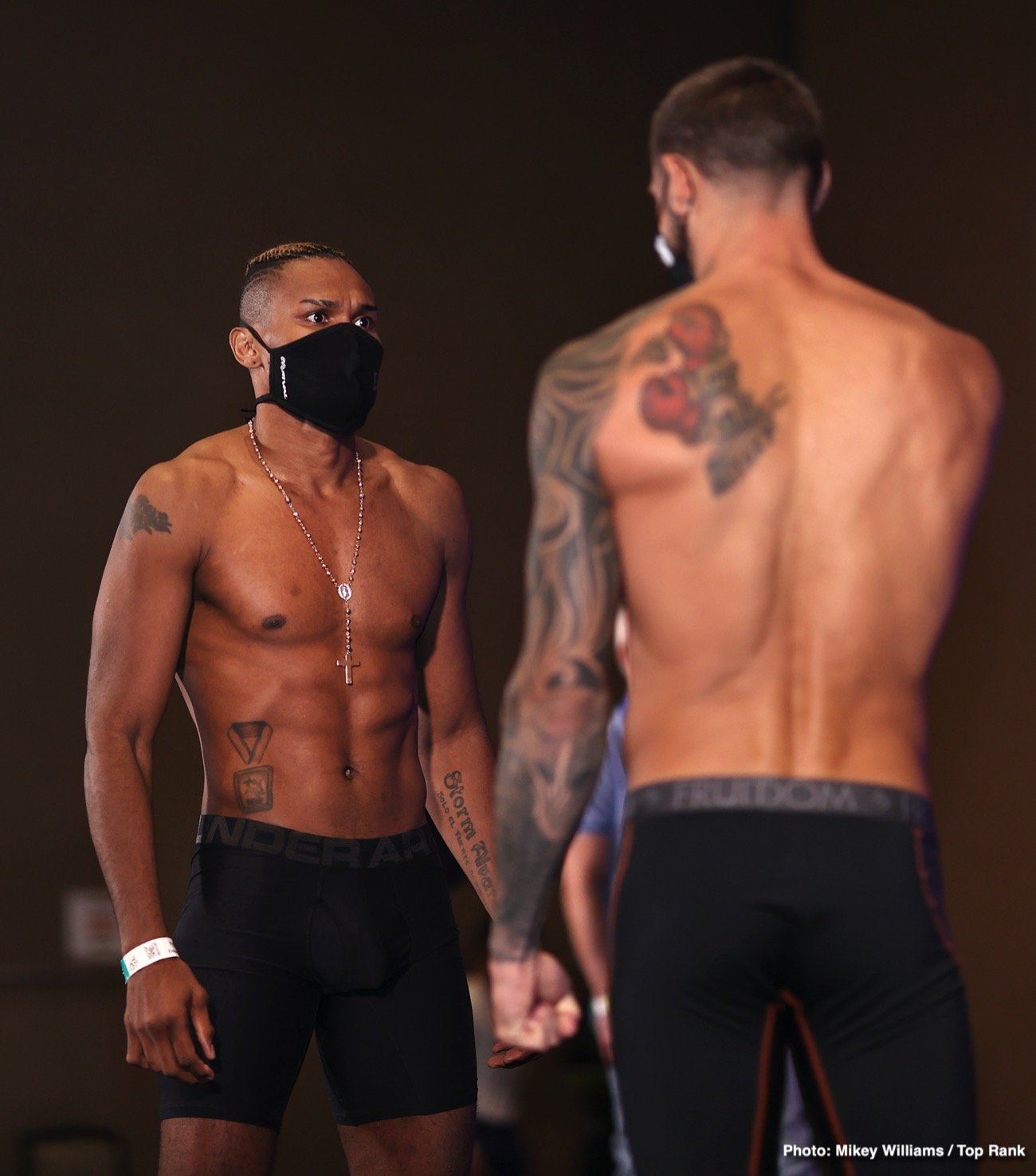 Saturday’s boxing schedule is jammed-packed from across the pond in the United Kingdom to back here in the states as well. On Sky Sports PPV/DAZN, Dillian Whyte and Alexander Povetkin do battle with the winner hopefully for their sake, getting a full WBC title opportunity against the winner of Fury/Wilder 3.

In the main event on ESPN, Eleider Alvarez faces Joe Smith Jr. in a crossroads bout for a WBO title eliminator. All and all is a pretty dang good weekend as September approaches when the fall season kicks in.

Dillian Whyte has been waiting patiently for a shot as a WBC heavyweight mandatory for a very long, long time. Certainly, Covid-19 has slow down his own momentum like many other boxers, but as it stands at the moment, Whyte is a step away from another shot at glory.

That said, the WBC could change their mind, or Tyson Fury could drop the belt in an effort to face Anthony Joshua if he should get by Kubrat Pulev. In that scenario, Eddie Hearn has made it clear that Whyte will get named the WBC champ assuming he gets by Povetkin, of course.

It does really suck that Dillian has been put on the shelf of unimportance by the WBC, but to be fair, he did have a decent offer to rematch Anthony Joshua along with a Luis Ortiz fight ordered to become an official mando a while back. Regardless, most of these chasing belts stuff will be sorted as long as Whyte can clear one more hurdle.

The respectable item that stands out about Whyte is his WBC quest, the dancing partners, as he waited in the wings. After his first professional loss to Anthony Joshua, Whyte has faced the likes of Joseph Parker, a rejuvenated Derrick Chisora twice, and Robert Helenius, unbeaten guys in Lucas Browne and Oscar Rivas and now Povetkin. Not exactly murders row but not a stroll through the park either. In those bouts, Dillian has continued to show improvements as a fighter and, for the most part, not last July vs. Wach has made strides in his condition and body appearance. Whyte isn’t a gifted fighter beyond maybe his power to an extent, but he does a few things very well to put in plainly.

Judging by Friday’s weigh-in, Whyte took this fight 100 percent serious, and generally, when facing stiff competition, he comes prepared. The Chisora fights were a blast as far as two-way action, but during this stretch run, Whyte has found himself in some deep waters. With some close fights and/or troubled moments normally occurring in the late rounds, could his run finally come to an end? Alexander remains a dangerous foe for as long as this fight lasts even if he’s seemingly past his prime years. Of course, with Povetkin’s track record of failing drug tests, it’s difficult to pinpoint what his prime actually was and how long it lasted. As he showed in the Anthony Joshua fight almost two years ago, he can change a fight or present a major issue with one punch.

Povetkin loves to work his way inside close enough to do damage and out of range of boxing at the end of punches. With only a 75-inch reach and standing 6’2′ at the heavyweight division, Alexander is used to give up height and reach. What Povetkin does well is wing power shots when his opponent is not fully prepared. He has this duck down almost crouching style as he makes his way inside. A punch that may appear to be a body shot turns into an overhand or cross landing directly to the chin or nose in Anthony Joshua’s case. Attacking the body and surprising Dillian with an overhand right and compact uppercuts or hooks could be the ingredients for an upset this Saturday.

Dillian and Alexander will likely put a jab to good use as both fighters feel each other out in the early goings. After the opening, say two or three frames look for each fighter to begin to take some risks. Whichever man is able to apply their jab more effectively will be the one that lands the bigger punches as this thing turns into a quality two-way affair. Age is a big enough factor in leaning to Dillian, and age did show some in Povetkin’s last outing against Michael Hunter. Whyte will make it through the tough spots and end the night by getting his hands raised.

My Official Prediction is Dillian Whyte by Unanimous Decision. 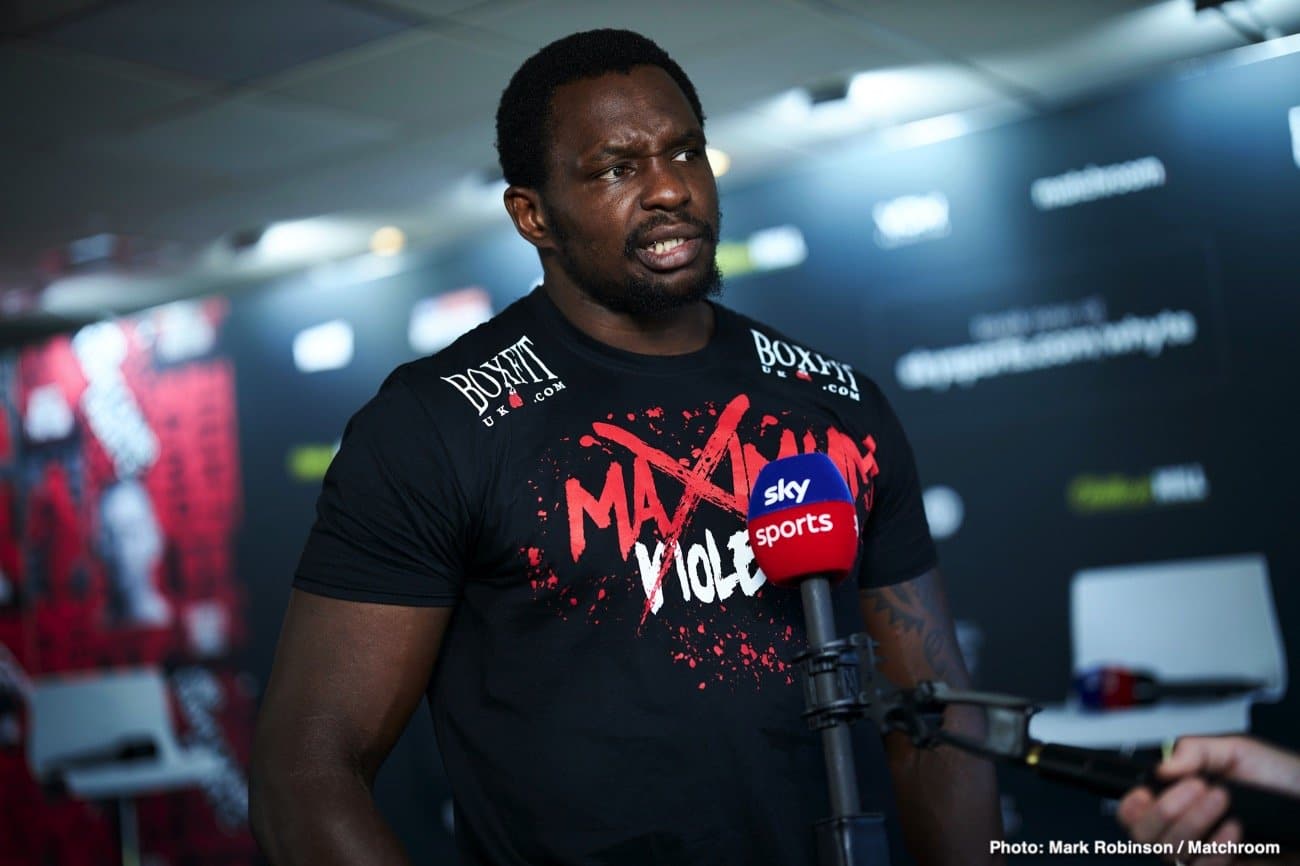 Flipping hemispheres, let’s go to ESPN’s matchup between Eleider Alvarez and Joe Smith Jr., a mando spot for a WBO belt that Canelo Alvarez received and then dumped after knocking out Sergey Kovalev. The boxer versus punchers sort of applies to this matchup as the brawling style of Smith Jr. tries to take the fight to a skillful Alvarez. Although Joe Smith Jr. defines the mauler-blue collar style in and out of the ring, Alvarez is not you’re typical out of the pocket boxer. Sure Alvarez has skills used by outside fighters, for example, a good jab and solid fundamentals. However, he’s not necessarily a boxer who will circle the opponent and be on the move from 1-12. He did beat Kovalev in their first meeting, but Sergey was not in his “Krusher” mode; instead, he was the one using his feet and sticking that killer jab. Kovalev was up in the fight but got caught and couldn’t recover.

One thing is for certain, Joe Smith Jr. isn’t as versatile as Kovalev, and we know he’s coming for blood, even if that means he has to take 2 or 3 to get his hard lands home. Alvarez isn’t really a volume puncher, and I don’t see him overly-using his foot movement. His comfort level is in the middle of the ring, and over the last chunk of years, Eleider has come forward more in his fights with Jean Pascal, Sergey Kovalev, and Lucian Bute. This is basically a 50-50 fight on paper, and this hack-of-a-scribe is leaning for Joe Smith Jr. to wear down Alvarez with his ruggedness. Not calling for a B-Hop falling out of the ring ending or anything like that, but either through a TKO or dominance in the last 3 or 4 rounds, Alvarez will submit in a way to Joe.

My Official Prediction is Joe Smith Jr. via Split-Decision. 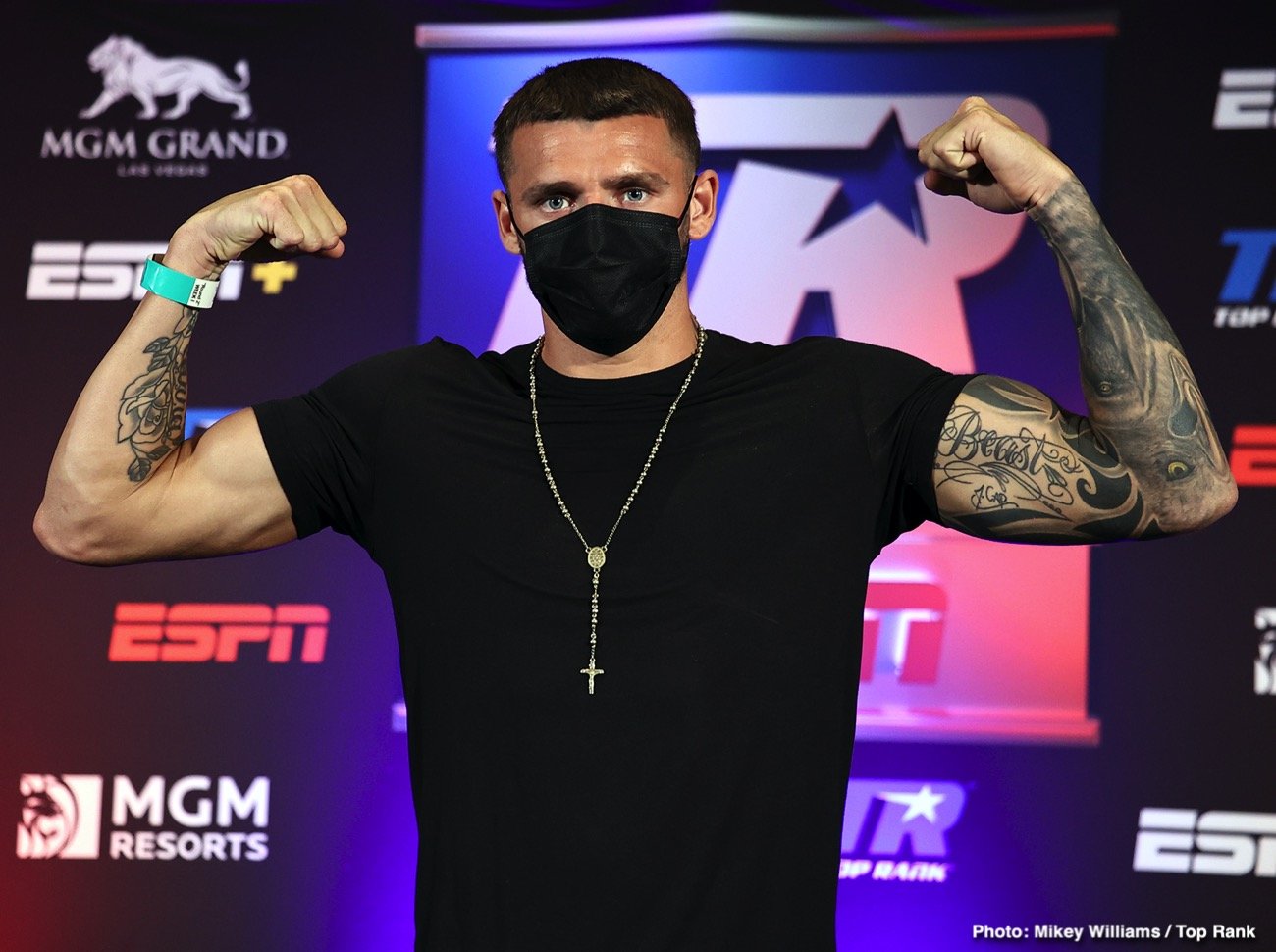 Side Note: Katie Taylor vs. Delfine Persoon 2 is the co-feature to Whyte/Povetkin, and their first fight was razor close, so make sure to tune in. A key factor could be Persoon’s training camp after randomly getting the fight when all signs pointed to Amanda Serrano. Also, Shawn Porter returns on FOX, but Fondura vs. Gallimore will likely steal the show as the co-main.